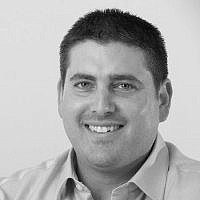 The Blogs
Yonatan Galon
Apply for a Blog
Please note that the posts on The Blogs are contributed by third parties. The opinions, facts and any media content in them are presented solely by the authors, and neither The Times of Israel nor its partners assume any responsibility for them. Please contact us in case of abuse. In case of abuse,
Report this post. 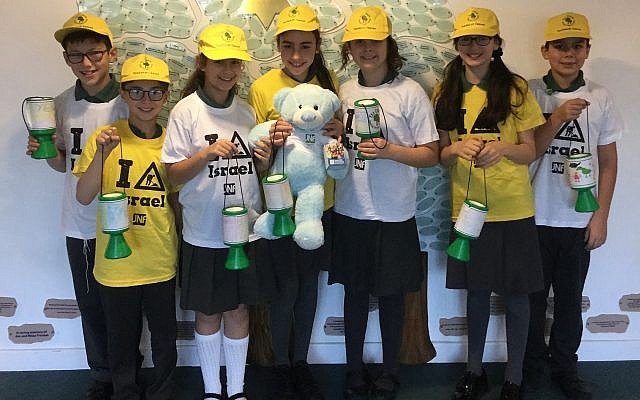 Israel’s Declaration of Independence, which spearheaded the establishment of a Jewish State 70 years ago, calls on the Jews of the Diaspora to stand by the Jews of Israel in “the great struggle for the realisation of the age-old dream – the redemption of Israel.”

Jews in the Diaspora have, of course, been unwavering in their support for Israel and have played a major part in its founding. Jews continue to have an inextricably deep connection to the Jewish State, and continue to support the Jews of Israel in a variety of ways. Today, with all the challenges and choices the younger generation face, it is as pertinent as ever that we ensure the continuity in this relationship and Jews in the Diaspora continue to play a major role.

The UK Jewish community has faced a multitude of challenges over the decades, from Cable Street to Corbyn, the BNP to BDS. In more recent years, it is safe to say, Jewish sensitivities have taken a bashing and red lines crossed, with incessant attacks on Israel, challenging the connection we all have to the Jewish State.

It is these times that serves as a reminder of how important Israel is to us, strengthening our bond to the country and people. Our identity is intertwined with Israel, it is central to our identity. This right is recognised by the League of Nations (the precursor to the UN) and affirmed in the Balfour Declaration over 100 years ago.

However, we must provide a framework for young people, so they too can maintain and strengthen their relationship with Israel and understand the role they must play. As the UK’s oldest Israel charity, JNF UK is committed to this goal. We want to provide the tools and means to allow young people to have that commitment and ensure their relationship remains strong and unswerving.

This week, JNF UK is launching a ground-breaking £1.2m grant programme for Jewish schools across the country, to help boost their Israel education programmes.

The grants will allow the schools to enhance their Israel education provision and deliver a range of inspiring activities that will help strengthen young students’ Jewish identity and attachment to Israel. The schools will have carte blanche to build their own programme, according to the curriculum and ethos of the school, and to use the money as they wish.

During the year, the schools will also choose to link to one of JNF UK’s projects in Israel, according to the interests of the students and ethos of the school. This will not only allow students to learn first-hand about the challenges and issues in parts of Israel that they would not necessarily hear about, but will also provide a meaningful charitable project for the school to be involved with.

For over 100 years, JNF UK has played an integral part in Israel’s development, supporting every area of Israeli life. One of our key objectives, as Israel’s oldest charity, is to highlight the challenges and difficulties Israel faces and be a pillar of support in every, and any way, we can.

There is a growing perception that Israel is a prosperous and thriving nation. While the Jewish State’s economy is strong and Israel leads the way in a plethora of industries, there is a reality also that many are not too familiar with. In many parts of Israel, especially in the peripheries, social inequality and poverty is rife. It is hugely important that British Jews are given the broader picture and a comprehensive education so they themselves can understand and see where they can best make a contribution, and build a relationship and connection in their own way.

JNF UK is steadfast in its underlying objectives – to support Israel for life – and where better to start than with young people. By educating, empowering and raising awareness we can ensure that the unique bond between Diaspora communities and the Jewish homeland is reaffirmed and inclusive and remains strong and resolute for generations to come.

About the Author
Yonatan Galon is CEO of JNF UK.
Comments