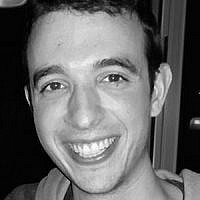 The Blogs
Josh Cooper
Apply for a Blog
Please note that the posts on The Blogs are contributed by third parties. The opinions, facts and any media content in them are presented solely by the authors, and neither The Times of Israel nor its partners assume any responsibility for them. Please contact us in case of abuse. In case of abuse,
Report this post.

I recently helped start an egalitarian minyan in my community in Israel so I was interested by Avi Woolf’s piece “Jewish Women: Bring on the Sexodus”, which expressed some reservations about the trend for equality in minyan.

To start with some pointers to halakhic texts: Rabbi Joel Roth, Rabbi Ethan Tucker, Rabbi David Golinkin, and Rabbi Judith Hauptman have all written or spoken on the subject. The main argument boils down to whether a woman has the same obligation in prayer as a man such that she is able to count in a minyan or lead a service. Compelling arguments can be made that (1) even according to traditional sources she already does, or that (2) she does not but she can declare herself obligated, which bears the same legal status as being born obligated, or that (3) there are halakhic grounds to advocate a paradigm shift in which we rethink the traditional principle that a woman is not obligated in positive time-bound mitzvot. These are not the only voices on the subject and they certainly do not cover the whole spectrum of halakhic Jewish thought, but I think they offer ample legal support for our sort of minyan.

But that is not the main thrust of the the author’s piece. His primary objection is that “Full egalitarianism means that men don’t do anything a woman can’t do in ritual or religious practice” (emphasis his) and that this will alienate men from Jewish ritual.

The author is worried that this will make men irrelevant in Jewish ritual but I think this is analogous to saying that empowering women to be CEO’s would cause all men to leave company leadership. But if he is right and the only thing keeping us men in the fold is turning minyan into an exclusive boys club, then we have problems much bigger than pesky feminists vying for equality.

As a feminist, I believe that women and men should have the same rights, responsibilities, and opportunities. As someone who trusts the rabbis referenced above, I do not believe this is at odds with halakhic Judaism. And as a religious person, I think that driving a wedge with how I relate to gender equality between my day to day life and my religious sphere, as if they were two different things, should be of great concern.

The author says that if all the men left an egalitarian minyan, it would not even notice because it no longer needs them. I could retort by saying that in my experience, that is how women sometimes feel in non-egalitarian contexts, but I reject the claim in the first place. In our minyan, everyone counts and there is equal demand for men and women. Just as this should be an aspiration for our society, I believe it should be an aspiration for our synagogues. But while society has a long way to go, our minyan is living the dream.

When we are waiting for a minyan, we are excited when anyone walks in the door, regardless of their gender. From what I have seen, this creates an atmosphere where people feel that they are needed and that they have ownership over their religious community. It fosters an atmosphere of love and respect. The minyan helps me connect to Hashem with a community of passionate individuals and I am deeply grateful for that. I agree with the author that there are a lot of threats to the continuity of our tradition out there such as lost interest in synagogue prayer. But I would encourage the greater Jewish community to see our work as a crucial part of the solution.

About the Author
Josh grew up in New Jersey and spent time in: Camp Ramah, Solomon Schechter Day School, USY, an Israeli Hesder Yeshiva, the University of Pennsylvania, and Ein Prat. He studied math and computer science in university and now works as a software developer in Tel Aviv.
Comments