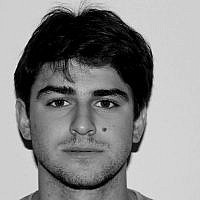 The Blogs
Shay Ben Zimra
Apply for a Blog
Please note that the posts on The Blogs are contributed by third parties. The opinions, facts and any media content in them are presented solely by the authors, and neither The Times of Israel nor its partners assume any responsibility for them. Please contact us in case of abuse. In case of abuse,
Report this post.

After Head of the Competition Authority, Adv. Michal Halperin, stepped down a few days ago, Amir Peretz, Israel’s Minister of Economy, declared that the appointment of Adv. Halperin’s replacement is now on his agenda. It seems that Peretz may have forgotten that he is part of a transitional government, and as such, his legal right to choose the next antitrust regulator de-facto, must be reconsidered. Such an appointment has a direct effect on the cost of living of millions of Israelis, and thus we must require better restraint in Peretz’s exercise of governmental power in this uncertain political period. For once, let’s demand to keep our money and purchasing power out of the dirty game of politics.

It’s true that the replacement of Halperin might be favorable for the Israeli consumer and might cause frustration among some of Israel’s wealthier families. However, Halperin was criticized several times for her lenient attitude towards the powerful corporations and financial institutions operating in our already-monopolized country. Even the last State Comptroller report concluded that the Competition Authority has failed to properly regulate food corporations, banks, and other powerful monopolies. Nevertheless, that does not contradict the fact that in a democratic country, crucial economic decisions must be backed by public trust and taken by a non-transitional Minister of Economy. Indeed, the new antitrust regulator may better promote healthy commercial competition benefitting us, the consumers, but as we have witnessed in the past, changes are not always positive. Nobody can ensure the Israeli consumer that the next Head of the Competition Authority will more exacting while examining giant mergers in the food sector or while enormous acquisitions of financial institutions are ratified. In the unstable political reality of today, the opposite may surely occur.

It’s no secret that even in times of political stability, Israeli politicians go light on monopolies and big corporations. As citizens, taxpayers, and consumers we must oppose the reckless move of appointing a permanent Competition Authority Head in such trying times. A proper and clean procedure is crucial to safeguard our economic interests. We must remember that our current government is only governing as a result of governmental continuity. This absurd cycle of never-ending elections is creating a phenomenon of politicians making unprofessional governmental decisions. Furthermore, such a flawed process may invite wealthy parties driven by personal interests, the very parties that the Ministry of competition is mandated to combat, to take part in the decision-making process.

Albeit my personal view, legally speaking, the will of Peretz to appoint a Competition Authority Head “as soon as possible” is pretty questionable. The Israeli law currently allows Peretz from avoiding holding a government tender by forming a special “detection committee” responsible for appointing the new Head of the Competition Authority. This regulated appointment method serves as a means of limiting the Ministry of Economy, yet falls short of barring the transitionary Minister himself from the appointment process.  Personally, I share the opinion of the Israeli non-profit organization Lobby 99, which sent a warning letter to Peretz earlier this week demanding the suspension of this appointment. Similar to the views of Lobby 99, I believe that this move might cause legal difficulties in light of the Attorney General’s directive that suggests high caution regarding appointments of this kind held during election periods.

As Israelis, we currently live in one of the most expensive countries in the world. The cost of living in Israel is intolerable. The role of the Competition Authority Head is critical to the development of a competitive market and the mandate of these officials directly affect our finances and prosperity.  Let’s all demand what we deserve — Minister Peretz the time has come to halt the Competition Authority permanent Head appointment process before the Israeli consumers pay the price. For those of you that are worried, our transitional government will surely find someone to temporarily fill Adv. Halperin’s role. After all, they seem to be really good at that.

About the Author
Shay is a fourth-year Law (LL.B) and Government (B.A) student at IDC Herzliya. Born in Israel to French parents and grew up in Ra'anana. Shay has worked as an international law firms advisor in a Legal marketing firm and as a Biz-Dev manager for a boutique Israeli law firm. Today Shay is part of the Argov Program for Leadership and Diplomacy.
Related Topics
Related Posts
Comments