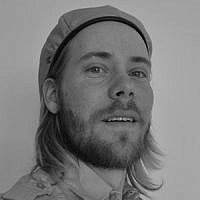 The Blogs
Paul Widen
Apply for a Blog
Advertisement
Please note that the posts on The Blogs are contributed by third parties. The opinions, facts and any media content in them are presented solely by the authors, and neither The Times of Israel nor its partners assume any responsibility for them. Please contact us in case of abuse. In case of abuse,
Report this post.

“He may be a son of a bitch, but he’s our son of a bitch.” This apocryphal statement has been attributed to various US presidents since the late 1940’s, referring to this or that third world dictator who was considered better than his alternative. One could argue that it doesn’t really matter which president said it or whom it was said about, since it correctly sums up decades of US policy in a world of mostly bad alternatives.

However, historian Andrew Crawley doesn’t trace the statement back to a US president, but rather to Anastasio Somoza, one of the dictators that supposedly merited the judgement. Somoza himself, who murdered his way into power in Nicaragua in the late 1930’s, created and honed the myth of being thus referred to by the leader of the free world. He liked it.

A number of lessons can be learned from this, with the most obvious one being that you don’t have to change your bad behavior when the person that has the power to enforce the rules needs you more than you need him. And in a world where nothing is static you can also be sure that as soon as this realisation sinks in, you will probably start asking yourself, “Hmm, I wonder what else I can get away with?”

Wrap up the 10th year of your 4 year presidential term while still being considered democratically elected and therefore the legitimate leader of the Palestinian people by the international community? Check.

Deny that a Jewish temple existed in Jerusalem 2000 years ago, and, while we’re at it, the Holocaust? Check.

The list goes on and on, ranging from the laughable to the outright bloodcurdling.

This moral outrage does not just reek to high heaven, but it has a direct effect on the situation on the ground. The words of hate emanating from the Palestinian leadership in Ramallah are causing a steady flow of blood on the streets of Jerusalem. Last week, five Israelis were shot and hacked to death in a synagogue in Jerusalem. A few days ago two more people were stabbed in the Old City. More people have been killed in lone wolf attacks the past few weeks than the total number of people killed by the over 3500 rockets that were fired at Israel during last summer’s war.

US lawmakers are once again pointing out that “US law […] clearly stipulates that the Palestinian Authority must act to counter the incitement of violence against Israelis in order to continue receiving US assistance,” but apart from issuing stern warnings, which have been repeated ad nauseum since the 1990’s, US lawmakers are not lifting a finger to actually enforce US law. Not even now, when on average one American citizen is murdered every week on the streets of Jerusalem, is anything done to ensure an immediate and complete stop to the hate speech in Ramallah. After all, that could put the Palestinian Authority at a dangerous disadvantage, which in turn would jeopardize the very idea of a two-state solution, an idea that the US has invested billions of dollars into for the past 20 years.

What’s possibly even worse than empty threats from the most powerful nation on earth is the Israeli government’s equally flaccid response to the incitement. There are heartrending cries of foul and accusations that the Palestinian leadership is not a partner for peace, but fact is that on the ground, it’s business as usual. Israel might not be as enthusiastic about the two-state solution as the US, but there is no leader with the right combination of authority, responsibility, credibility, and vision to offer an alternative to this pipedream that was dead in the water more than 14 years ago. This, in turn, has been duly noted by the chairman of the Palestinian Authority: he, just like Anastasio Somoza, knows whose son of a bitch he is. And thus the incitement continues unabated.

My high school history teacher taught me that murder starts with words, and today in Jerusalem, we are just waiting for the next assault. In horror we envision what the next soft target will be, now that praying Jews once again are not off limits. A school? A kindergarten? As we hide behind massive cement blocks placed next to light-rail stations for our safety, clenching our guns, we bargain with God: not my kid, OK? Just not my kid.

Just like the proverbial scorpion blamed nature when he stung the frog that was helping him get to the other side of the river, so I tend to exhonorate the Palestinian leadership for hating me and my family for the crime of living. It’s in their nature, and so it doesn’t merit my anger. I’m equally unperturbed by European parliaments passing symbolic resolutions recognizing “Palestine”: they’ve been struggling with their dead-Jew fetish for such a long time that it’s almost endearing. I do, however, take issue with the American pathetic excuse for a leadership, who threatens to withdraw funding for the umpteenth time instead of simply turning the light off. I do take issue with the even more pathetic excuse for a leadership in Israel who complains about the threat and treats its symptoms, instead of eliminating its source.

About the Author
Paul is a freelance journalist living in Jerusalem. He's originally from Ecuador or Sweden or something like that.
Comments