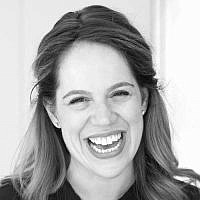 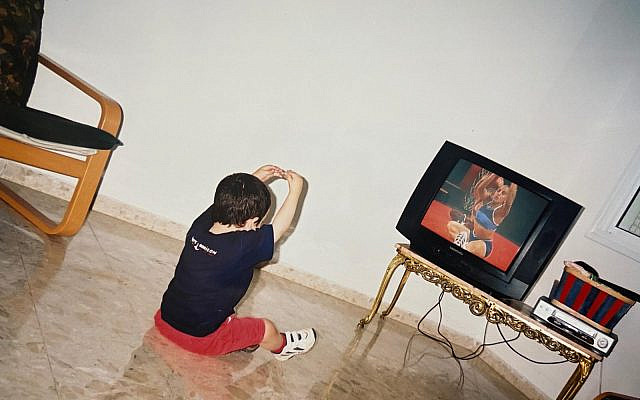 Daniel and I have been asked by Yoel’s commander to write him a letter to celebrate his Massa Kumta (beret journey compilation ceremony). We won’t be there to celebrate this achievement with him, not just because we live in England but also the Corona Pandemic means that none of the parents will be there to share in their children’s achievement.

So I thought I would share with Yoel and his Mefaked (commander) how special he is to us.

Yoel is our first child born in Israel. At the time we were living in Tel Aviv, where every experience was accompanied by the persistent heat and sweat – I’m pretty sure that from the moment we set foot in Tel Aviv all we did was sweat, in fact, I can’t think about Tel Aviv without breaking into a sweat. On the morning that Yoel came into the world, Daniel dropped our older son at gan (kindergarten), as soon as he walked back through the door, I told him we needed to get to the hospital NOW. We climbed (I waddled, he walked) down the four flights of steps and hailed a cab. I maneuvered my great girth into the front seat. There was nothing small about me, between Daniel and the driver, they finally managed to wedge me into the car, but the seat belt wouldn’t reach across the expanse of my tummy. Over my shallow breathing and ineffectual Lamaze techniques, the driver asked where we wanted to go?

‘What department?’ asked the driver

As we crawled through the rush hour traffic of Tel Aviv I wondered if I was going to be one of those women who would have an ‘I gave birth in the back (actually make that the front) of a cab story, because this baby was coming.

As we finally pulled into the Tel HaShomer campus, I sighed in relief, thank God I wouldn’t be having the baby in the cab and ruining the driver’s lunch, that unbeknownst to him, was smushed somewhere between my back and the seat (I still owe that man a tuna sandwich). As the driver pulled in outside a hospital building, both my husband and I asked him where we were? We didn’t recognize the building from our visit a few weeks before.

‘What do you mean GERIATRICS!’

‘You asked for geriatrics and here you are, get out’

‘Can you not see she is in labor?’

‘I don’t like to make such assumptions, I just thought she was fat.’

‘FAT! did you just call me FAT? at which point I burst into tears and turned around to Daniel, and started in on him with a list of abuse:

‘Not only have you been lying to me – I do look fat in this dress, but you are NOT FUNNY. How are we going to get to the Labor ward? The baby is coming NOW!’

The Driver, thankfully – that is for an extra 50 NIS drove us to the labor ward. Within minutes of stepping through the door, our son was born.

With a shock of black hair and a bright red face, he came into the world hollering. Even on the way to his brit once more in a cab, the cabbie helped us choose his name. We were going to call him Ziv – light, but the name just didn’t feel strong enough for this (even at just 8 days) strong-willed child. We opened up our English/Hebrew name book, that had been tucked in his diaper bag, and the name that stood out to us was Yoel.

A prophet  – we though that is good for this kid – he will either be a Jeremiah or an Isaiah – regardless he will be delivering messages, either his own or God’s. Whichever it may be, let’s give him a name that lends him a voice, and oh boy does this child have a voice.

While other children were watching Bob the Builder and Thomas the Tank Engine, Yoel would pop my kickboxing tapes into the VHS player and, with one pacifier in his mouth and one in each hand, he would punch and kick at the unseen bad guy.

When we moved to Beit Shemesh and all his classmates came from Moroccan families he asked if he could change his last name to Biton. ‘How can I relate to my friends and play the darbuka with a last name like Epstein?’ ‘No one will take me seriously’. He was 7.

With time, we got used to seeing Yoel off to school in the morning and not seeing him again until late in the evening. He would come through the door, having built a zulla (a temporary structure kids building Israel – that is a total no-go-zone for anyone with any authority whatsoever), fixed a car, learned to be a barber, looked after a horse, and befriended the mayor. Not a day went by that Yoel didn’t achieve something. Be it getting kicked out of class while getting the highest marks, or sanding someone’s deck perfectly while simultaneously being told off for smoking next to the woodshed.

Once we moved to London, taking Yoel and his siblings from the only world they knew, Yoel took it in his stride. Making friends at the airport and at every stop along the way, Yoel has a way of not just befriending people but of taking them in. Every friend becomes his brother or his sister, age and background are no barriers to Yoel. he truly sees people for who they are and wants to look after everyone.

Though Yoel could have chosen so many paths after high school, including going to a top university – he never even considered it. As soon as he could, he got on a plane to Israel and volunteered to do full army service. He then spent the subsequent two years before he was called up, doing everything he possibly could to get into an elite unit. ‘No’ was just never an answer Yoel was willing to accept – on anything. You can just imagine the conversations we had (months-worth) of us saying ‘no’ to his getting a car. Being Yoel, he simply wore us down – resistance is futile).

At his first physical and mental assessment for the army, he argued with the doctor – telling him that he felt he deserved a higher physical score then he was given. HE ARGUED with the army and told them they got it wrong. Being Yoel I don’t know why I was shocked – what did shock me is that they changed his score, and made it higher.

While all of his friends were joining the army, Yoel held out, waiting for the elite combat unit he dreamt of, never wavering once from the belief that he could achieve it. He plugged himself deep into his studies in his Yeshiva and earned money working in the cafeteria cooking meals for the students alongside the kitchen ladies.

Finally, the call came through, he was getting called up to an infantry brigade, and just a few weeks later, he heard that he would be able to try out for an elite unit. Yoel is amazing – the doctor wasn’t wrong, Yoel deserved a lower score on his physical exam. Between a bad back, childhood asthma, and very flat feet, he should have, to all intents and purposes, failed at the first physical hurdle. But not Yoel. He fought through every physical challenge explaining to us that the real challenge was mental – how far can you push your body starts and ends with your mind.

On the day of Yoel’s tekess hashba’a (swearing-in ceremony) his unit was driven into by a terrorist as they made their way to the Kotel. How incredibly proud we were; not just of Yoel but of his unit, for all turning up – including the injured ones – at the Tekess that evening.

For the last 49 days they have been in lockdown in the army, and my son, the combat fighter, spent his time feeding those in need during the lockdown, packaging food that was delivered around the country.

Yoel will get his beret – a symbol of his achievement, a celebration of single-mindedness and determination.

Our beautiful son, we love you, we are proud of you and wish you safety and security and the blessing that our people will know no more war.

About the Author
Ilana has collected many experiences over the last few decades, from interior designer to international educator, qualifying as a pastry chef and working as a journalist for a number of publications. Ilana has lived in New York, Caracas, Rio de Janeiro, and Israel and settled in London six years ago with her husband Rabbi Daniel Epstein and their four children. Ilana is the Rebbetzen of Cockfosters and N Southgate United Synagogue, the Jewish Futures Director of Projects and the founder and director of Ta’am.
Comments