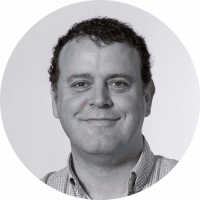 The Blogs
Miguel Sena-Esteves
Apply for a Blog
Advertisement
Please note that the posts on The Blogs are contributed by third parties. The opinions, facts and any media content in them are presented solely by the authors, and neither The Times of Israel nor its partners assume any responsibility for them. Please contact us in case of abuse. In case of abuse,
Report this post.

After more than 14 years of development, two babies have received the first-ever gene therapy for Tay-Sachs disease, a rare condition, but one that is more common in several groups including Ashkenazi Jews.

Tay-Sachs is a severe neurological disease caused by a deficiency in an enzyme called HexA. This enzyme breaks down a fatlike substance that normally exists in very small, harmless amounts in the brain. Without HexA, however, this fatlike substance can accumulate to toxic levels that damage and kill neurons.

One of the symptoms of this disease was first described in 1883 by British ophthalmologist Warren Tay, who saw a cherry-red spot on the back of the eye of affected infants. In 1887, American neurologist Bernard Sachs described the profound neurological symptoms of Tay-Sachs in a seminal paper:

“… Nothing abnormal was noticed until the age of two to three months, when the parents observed that the child was much more listless than children of that age. … The child would ordinarily lay upon its back, and was never able to change its position … it never attempted any voluntary movement … the child grew steadily weaker, it ceased to take its food properly, its bronchial troubles increased, and finally, pneumonia set in, it died August, 1886.”

This dismal description of Tay-Sachs remains current, and those with the disease usually die by age 5. Some people develop Tay-Sachs later in life, with symptoms starting in their teens that get progressively worse over many decades. 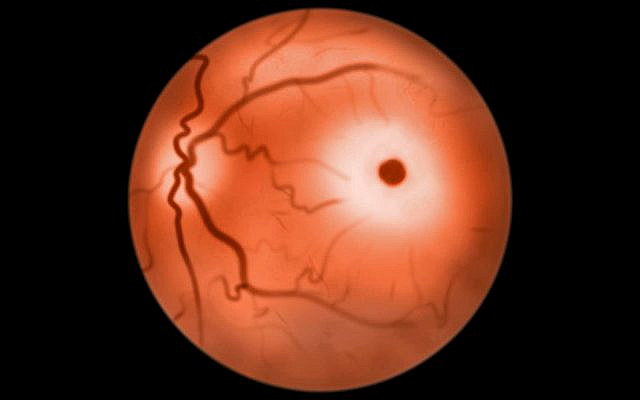 Patients with Tay-Sachs often have a cherry-red spot in the retina of their eyes. (Kateryna Kon/Science Photo Library via Getty Images)

Unfortunately, there is still no treatment for Tay-Sachs. Aggressive medical treatment can extend survival but doesn’t improve neurological function. The only effective way to treat Tay-Sachs is to restore the HexA enzyme in the brain. This is difficult, however, because the blood-brain barrier prevents most molecules from passing into the brain.

I am a member of a team of researchers from UMass Chan Medical School and Auburn University who developed a gene therapy that may help get around this barrier. Our treatment uses two harmless viral vectors to deliver DNA instructions to brain cells that teach them how to produce the missing enzyme. Similar techniques have been used to treat a number of related diseases and other conditions. In the case of Tay-Sachs, these DNA instructions enter the nucleus of these cells and stay there, allowing for long-term production of HexA. Based on our previous studies successfully testing our gene therapy on different animal species, we believe that delivering the treatment to a central part of the brain allows the enzyme to travel along its connections to other regions and to be distributed throughout the entire brain.

The first child who received our gene therapy treatment was age 2 and a half, with late-stage disease symptoms. Three months after treatment, they had better muscle control and could focus their eyes. Now at age 5, the child is in stable health and is seizure-free, which usually isn’t possible for patients at this age. A second child treated at age 7 months had improved brain development by the three-month follow-up and remains seizure-free at a little over age 2.

More testing is needed to confirm whether our treatment can fully stop disease progression. Given that this was the first time our treatment was given to humans, we used a conservative dose below the maximum therapeutic effects we saw in our animal studies. My colleagues and I are currently conducting a follow-up clinical trial to test the safety and efficacy of increasing doses in a larger number of patients.

The increasing cost of manufacturing these treatments makes it extremely difficult, if not impossible, to develop and test gene therapy for many ultrarare diseases where the number of patients worldwide is very small and profitability low.

We were able to deliver these treatments to the children in our ongoing clinical trials thanks only to funding from a generous family whose own child is a participant. This grassroots approach is a common theme in ultrarare disease research – development and testing are often supported by parents, foundations and federal grants.

Our Translational Institute for Molecular Therapeutics program at UMass Chan Medical School focuses on developing more viral vector gene therapies for an ever-expanding number of ultrarare diseases in collaboration with families and foundations. We believe every patient afflicted with any of the approximately 7,000 rare diseases worldwide deserves a chance at a normal life.

Get The Conversation’s most important coronavirus headlines, weekly in a science newsletter.

This article is republished from The Conversation under a Creative Commons license. Read the original article.

About the Author
Miguel Sena-Esteves received funding from several foundations (National Tay-Sachs and Allied Disease Association, Cure Tay-Sachs Foundation, and the BluGenes Foundation) and the National Institutes of Health during development of the AAV gene therapy for Tay-Sachs disease
Comments