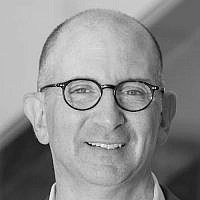 The Blogs
Will Berkovitz
Apply for a Blog
Please note that the posts on The Blogs are contributed by third parties. The opinions, facts and any media content in them are presented solely by the authors, and neither The Times of Israel nor its partners assume any responsibility for them. Please contact us in case of abuse. In case of abuse,
Report this post. 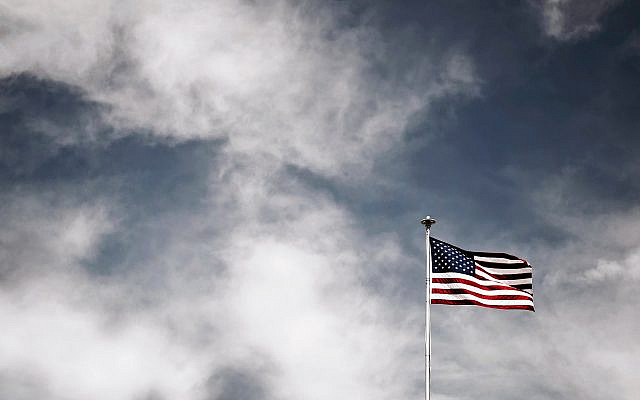 Photo by Tim Mossholder from Pexels

After a running injury left me hobbled, my physical therapist recommended keeping my weight evenly on my heels to distribute the constant force of gravity throughout my skeleton. I was thinking of this experience in the aftermath of our nation’s collective near-death experience on January 6. As a country, I am not sure what kind of therapy we need — but it is clear we have been injured and as a nation, our alignment is distressingly out of balance.

Between COVID-19, the insurrection at our nation’s capital and the “peaceful” transfer of power we witnessed on January 20, we have been swerving and careening wildly out of control — leaving many of us with emotional whiplash even if we avoided catastrophe for the moment.

Personally, I have been off-balance, not sleeping well and dealing with low-level hyper-vigilance. As CEO of Jewish Family Service of Seattle, none of this is particularly unusual, but when combined with all the recent national chaos I am exploring new levels of stress — think “The Scream” by Edvard Munch. And I suspect this is true for many of us. I am still detoxing from all the adrenaline coursing through my body. As a close friend and mentor says, “Nothing sharpens the focus like facing the hangman.”

There is nothing normal about what we have been enduring. For many people, we work with at JFS — like survivors of the Holocaust or newly arrived refugees — seeing a violent mob overrun our Capitol brings back very real memories of some of the worst experiences of their lives. As a Jew, seeing someone wear a “Camp Auschwitz” sweatshirt at the center of our democracy is an appalling reminder that antisemitism is on the rise — as is ignorance.

And for any Black American, videos of people swaggering around the marble halls with Confederate flags and gallows fouling the lawn is beyond mere blasphemy; it is a reminder of just how comfortable far too many of our citizens are with overt racism. Saying this was just a few bad actors is like saying it was only locker-room talk. It was not. Willful blindness is a poor excuse for silence and bland condemnation. It is the equivalent of “thoughts and prayers” when much more is needed — some serious soul-searching. Ownership and not more denial.

And equally, a recognition that inaction, like actions, have consequences. As Rabbi Abraham Joshua Heschel said, “In a free society, some are guilty, but all are responsible.”

And that is why I will never take what happened on January 20 for granted again. Democracy won. Our institutions and people with integrity withstood the assault. My father used to always hang an American flag on patriotic holidays. I took that and his military service for granted as well. I never will again, so last month, for the first time since his death, I unfurled our flag and hung it by our front door.

It is my sincere prayer that we will realize just how close we came as a country to losing that which is most precious about this nation — and what far too many of us have taken for granted for far too long. I pray that we will not fall back into complacency and that we will all feel called to work together to perfect our very imperfect Union.

About the Author
Rabbi Will Berkovitz is the CEO of Jewish Family Service, a Seattle-based social services agency founded in 1892 that helps vulnerable individuals and families achieve well-being, health and stability.
Related Topics
Related Posts
Comments