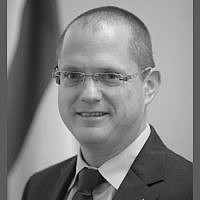 The Blogs
Oded Forer
Apply for a Blog
Advertisement
Please note that the posts on The Blogs are contributed by third parties. The opinions, facts and any media content in them are presented solely by the authors, and neither The Times of Israel nor its partners assume any responsibility for them. Please contact us in case of abuse. In case of abuse,
Report this post. 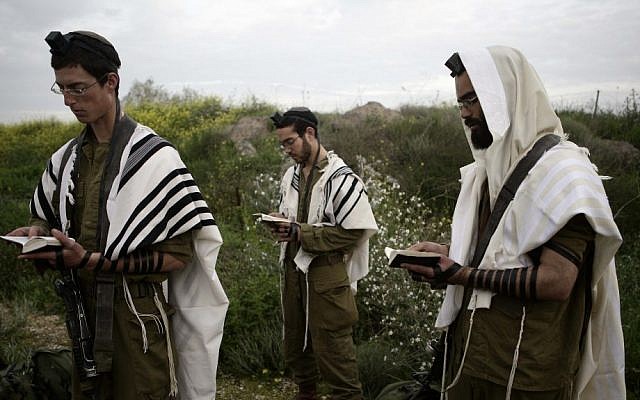 Since Yisrael Beytenu’s establishment in 1999, we have proven time and again that we mean what we say and our word is our word. Our Knesset and Government record and activity demonstrate that we act according to our principles and our promises to our voters. We have proven more than once that fulfilling the policies in our platform is more important to us than Knesset seats or Government portfolios.

The last few days have been a pivotal moment in Israeli politics. Suddenly out of nowhere there was an attempt to enshrine the deferment from the IDF and any type of National Service for a whole community as a Basic Law, meaning that it would have been virtually impossible to overturn in the future. The ultra-Orthodox leadership is fighting against the movement of its own community who want to serve their country and find gainful employment and no longer be trapped in a cycle of poverty or pose a burden on the taxpayers.

Changing the Basic Law as proposed would have ensured a permanent differentiation between Israeli citizens, where some contribute to our country and others will not. It would have had major ramifications for the security of Israel, especially as this community is growing in large numbers, and more and more of its members seek to contribute to society. And it would have had devastating consequences for the concept of equality in Israel and been demoralizing for other citizens who continue to serve and contribute to our defense forces, the security of our country and its citizens.

We decided to take a firm stand on this issue and instructed the prime minister and the coalition chairman that we would fight any attempt to rush this law through in an unseemly and undemocratic manner, especially as there was a professional committee in the Defense Ministry that had already started to explore the issue in far greater depth. The Supreme Court had provided the Knesset until September to legislate on this issue and end the inequality that has existed for far too long in Israel. So there was no reason for the rush and the need to pass this law through three readings in a matter of days in an unprecedented fashion.

Nevertheless, tremendous pressure was placed on Defense Minister Avigdor Liberman and Yisrael Beytenu to relent for the sake of coalition stability; basically to acquiesce to blackmail. While there is always give and take in every coalition, every party must have its red lines and stick to them. While almost every party has championed equality of service at some point in the past, many decided the maintenance of their seats in the government superseded principle. Yisrael Beytenu, as it has done frequently in the past, stuck to its guns, even when the very real threat of the dismissal of our ministers from the government and our party from the coalition was made very clear.

In the end, our steadfastness ensured that this deeply problematic law will not be adopted. Although it passed its first reading, with only our Members of Knesset voting against in the coalition, it will be dramatically changed in future readings when the professional staff at the Defense Ministry have published their findings and made their recommendations on the issue. It makes zero sense for anyone but security and defense experts to rule on issues relating to national security.

Furthermore, we also ensured that the status quo on religion and state issues will remain in place for the foreseeable future. This is vital as the ultra-Orthodox parties have been flexing their muscles recently and trying to change the long-standing status quo on issues relating to conversion, marriage and Shabbat.

Yisrael Beytenu is a party that has a deep appreciation and respect for Judaism and have never pushed for a separation between religion and state. However, we will always stand against religious coercion and inequality before the law. We firmly believe that the national state institutions should be placed back in the hands of the national religious public, those who fully contribute to our state and fully engage in both Judaism and the outside world. We are the only party to push this on the agenda repeatedly and not just pay lip-service to this ideal.

Yisrael Beytenu has a long and consistent record of leaving governments over issues with which we vehemently disagree, whether on making compromises with the Palestinians, on issues of equality or religion and state. For us, the future of the State of Israel and its citizens always comes first and our public offices come second. We were elected to serve the people and no one else. These are our consistent principles, and as Defense Minister Liberman says frequently, “Our Word is Our Word”.

The writer is a Member of Knesset for Yisrael Beytenu.

About the Author
Oded Forer is a Member of Knesset for the Yisrael Beytenu party.
Related Topics
Related Posts
Oded Forer
Comments