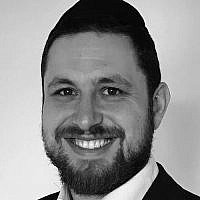 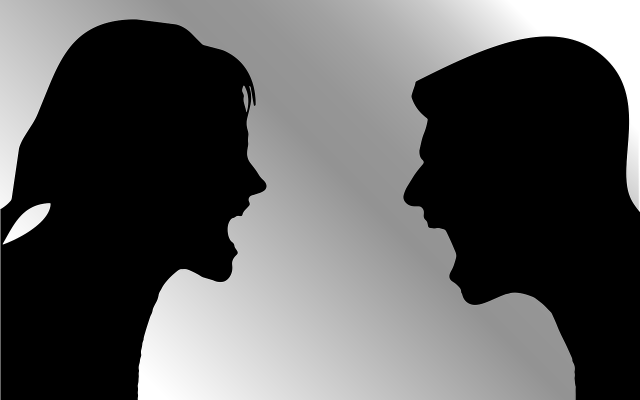 Image by OpenClipart-Vectors from Pixabay

I want nothing more than for us all to get along with each other. Yet we seem to be polarising ever more, creating binary extremes which will never reconcile.  I honestly believe that almost all of us would like to live in a world in which we can all live peacefully side by side.  With slight variations, we would all agree that part of our vision of a utopian society is one without hatred or hostility and yet I feel that every movement or campaign that tries to bring us together behind a worthy cause actually ends up dividing us further. My solution to the problem is simple: machloket.

Machloket translates roughly as dispute and one may well wonder how disagreement can lead to unity but, in my humble opinion, it is the only way forward – it just depends how we argue. The Mishna distinguishes between two types of machloket – disputes which are “leshem shamayim”, lit. for the sake of Heaven, and those that are not.  Our Sages then offer a paradigmatic example of each.  The paradigm offered by the Mishna for a dispute that was not for the sake of Heaven is that of Korach, the antagonist from this week’s parsha.  Korach’s attempted rebellion was based on self-aggrandisement and nothing to do with the stated goal of ensuring equality for all but it is actually the example of a machloket for the sake of Heaven that I would like to focus on.

The Mishna identifies the Sages Hillel and Shammai as the model of seemingly positive conflict (“machloket leshem shamayim”).  Not only that, we are taught that this sort of machloket will endure!  The obvious question is why we would want enduring disagreements?  Do we not want all clashes to end?  What was it about the way the Hillel and Shammai argued that made their arguments not just tolerable but beneficial and encouraged?

It is clear that we cannot fully replicate the manner in which Hillel and Shammai debated each other – the commentaries describe how their overriding concern was not winning an argument but uncovering the truth and that a great love and respect existed between these two Torah giants.  Nevertheless, in some sense, I feel that this paradigm can, and must, guide the way we tackle key issues.  I believe that the regard they showed for each other was not incidental to their debates – it was a key part of them.  They did not argue vehemently despite their admiration for each other but because of it.  Allow me to try and explain.

One who has spent time in yeshiva will recall the intense noise of dispute that fills a Bet HaMedrash.  There is a tremendous hubbub as students wrestle together to unravel each sugya (Torah topic), an apparent commotion that is a far cry from quiet university libraries.  This approach to study is not new – the Talmud describes how teachers and students studying Torah temporarily become ‘enemies’ in their quest to plumb the Torah’s great depths but when they have finished learning, “they do not move away” until they are friends once again.  In the general tumult of an intense Bet HaMedrash, it is not uncommon to see people shouting, their faces contorted with seeming rage, as they fight to reach an understanding of the issue they are discussing, yet there is no animosity beneath the surface – each recognises that the fury is not directed at them as a person but at the problem at hand and chavrutot (study partners) know that they are working together towards a solution.

It is these arguments that I worry we lack in the rest of our lives. When we confront difficult issues, there are few environments in which we can present our thoughts without fear of repercussion.  As we try to develop our comprehension of important topics, we lack places in which we can verbally “fight it out” to reach a greater understanding without consequences for saying the wrong thing.  Throughout my time in yeshiva, I undoubtedly espoused some foolish viewpoints, whether on yeshiva-specific topics like the berachah (blessing) on pizza or more general life issues.  But the fiery disputes of the Bet HaMedrash actually provided a safe space in which I knew I could present my view without the possibility that I would be shunned or forever labelled as the person with “that” opinion.

In recent years we have seen intense “debates” across the world, whether it is Brexit, Donald Trump’s presidency or government’s handling of the COVID-19 crisis, people everywhere have strong opinions on these topics.  But very rarely do can we find an environment in which we can furiously argue these issues while knowing that we will be friends at the end of the day.  In the last few weeks particularly we have seen fierce disputes, particularly following the death of George Floyd and while I have been heartened by the almost universal outcry and societal desire to change the current state of affairs, I also feel that there has been little space for most people discuss the details and peripheral issues that have been raised.

We naturally feel that we should all agree and therefore argument is bad but the reality is that we are all unique and will inevitably look at things differently.  What the Mishna is teaching us is that rather than stifling debate we must be conscious of how we argue and that begins by being cognisant of what our core motivation is – are we acting leshem shamayim, to help God’s presence dwell in a peaceful world?  Or are we veering into Korach’s territory and getting dirty in the muddy waters of personal pride and selfish ambition?  Undoubtedly we can start out leshem shamayim and later become embroiled in personal attacks – to live up to the ideals of Hillel and Shammai we must constantly reassess our core motivation and be fully aware of what we are trying to gain through our arguments.

If we are to begin reconciling our polarised world I believe we must create space for others to express themselves without fear of attack.  We must look to the Bet HaMedrash model and allow heated debate in a healthy form.  In short, bridging the ever-growing chasms between us requires honest, meaningful and genuine machloket leshem shamayim.