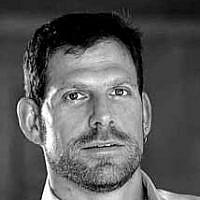 The Blogs
Adam R. Bronfman
Apply for a Blog
Advertisement
Please note that the posts on The Blogs are contributed by third parties. The opinions, facts and any media content in them are presented solely by the authors, and neither The Times of Israel nor its partners assume any responsibility for them. Please contact us in case of abuse. In case of abuse,
Report this post.

And the Lord said, “For I have chosen [Abraham] to command his children and his household after him to keep the way of the Lord: doing charity and justice.” (Genesis 18:19)

In the aftermath of yet more stabbings at the Gay Pride parade in Jerusalem and yet another fire-bombing in the Occupied Territories with the resulting loss of life, this passage from Genesis has resurfaced in my mind. It is time to once again say, “Enough.” We must account for the individual acts that are so deeply hurtful, illegal, and destructive. We must also embark on a pathway away from the societal and cultural forces that lead us to such vile behavior. For far too long American Jews and Israeli Jews have been wittingly and unwittingly nurturing the forces that encourage extremism and fanaticism to flourish and wreak havoc.

In the USA, the growing influence of “Right Wing” Jewish “leadership” has had a chilling effect on the discourse in our communities. Lay and religious leaders risk being labeled “anti-Israel” and “self-hating” for expressing any sentiments that are not de facto endorsements of the current status quo in Israel. When we dare express horror at the massive loss of life in Gaza and the spectacular injustice of conditions in the Occupied Territories, we are threatened with stigmatization. In the USA we are asked to support far right wing politicians and their ultra conservative ideas simply because they have been approved as “pro-Israel.” The result? We support politicians who are anti-LGBT rights, anti-environmental protection, anti-women’s rights, anti-immigrant, anti-choice, anti-progressive thought, etc. Enough.

The overwhelming response in Israel is encouraging. Marching and speaking out against the terror of “price tagging” and religious fanaticism in Israel is a good thing. It shows the world that in Israel there are forces that are deeply uncomfortable with the status quo. Yet the foundation that supports the forces of intolerance and violence has been laid with particular effectiveness. A government populated with religious and cultural intolerance augurs for more and more extreme actions. The forces that support the extreme and shocking destruction in Gaza in response to Palestinian terror are bedmates with the ones that support the perpetual Occupation. The searing injustice in the West Bank, and the religious intolerance expressed through the stabbings in Jerusalem are spawned from the same ideological foundation. Enough.

The road to a society where Palestinian children are not burned to death by Jewish religious terrorists and where LGBT Israelis need not fear for their lives by expressing their truth is the same road. Along that road we perhaps will find support for the idea that Occupation on the West Bank does not have to be forever. Perhaps on that same road we will find that support for a viable and flourishing society in Gaza is possible. It is a long road. The far right wing political power structures must be dismantled and marginalized in both the USA and in Israel. The voice of liberal progressive thought must be nurtured and celebrated in both countries as they form the core of modern Jewish thought. Being Abraham’s children is fulfilling this legacy. Those who don’t fulfill it, are not worthy of being called Abraham’s children.

About the Author
Adam R. Bronfman is the President of The Samuel Bronfman Foundation.
Comments