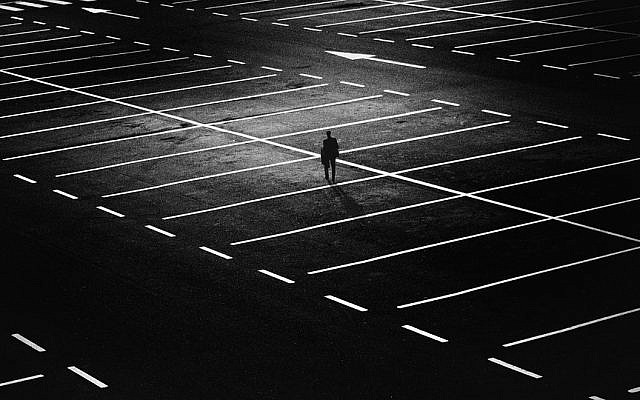 The way the Torah looks at it, there are three types of murderers: One who kills by mistake (shogeg), one who kills by complete accident (oness), and one who kills on purpose (meizid). The Torah mandates that one who murderers another by mistake must flee to a City of Refuge. In describing how one might inadvertently kill somebody, the Torah says: “And if, with suddenness (peta), without enmity, did he (the murderer) push him (his victim), or he threw an instrument upon him…” (Num. 35:22). In this passage, the word peta (technically, feta) appears in the sense of something that happened “suddenly.” This rare word appears only seven times in the entire Bible, often accompanied by its apparent synonym pitom (“suddenly”). In this essay we will consider what — if anything — is the difference between the words peta and pitom.

The Torah teaches that if a Nazirite becomes ritually impure, he must shave his hair, bring certain sacrifices, and restart his term as a Nazirite. In introducing this law, the Torah writes: “And if a person should die upon him (the Nazirite) with sudden (peta) suddenness (pitom), and he became impure…” (Num. 6:9). In this passage, peta and pitom appear in tandem, to stress that the Nazirite must restart even if he became ritually impure unintentionally — meaning, even if it happened “all of a sudden.” [The Bible also uses peta and pitom as a couplet in Isa. 29:5, Isa. 30:13 and Prov. 6:15. In the other two Biblical passages where peta appears (Hab. 2:7, Prov. 29:1), pitom does not appear alongside it; pitom appears a total of twenty-five times in the Bible.]

The Mishna (Kritut 2:2) rules that although one generally brings a sin-offering or guilt-offering for a sin committed by mistake, when it comes to the Nazirite who became ritually impure, he must bring a guilt-offering, whether he violates the terms of his Nazirite vow by mistake (shogeg), by accident (oness), or on purpose (meizid). The Talmud (Kritut 9a) justifies this ruling by explaining that regarding the Nazirite becoming impure, the Torah uses the words peta and pitom. Now, the Talmud maintains that pitom is the more ambiguous of these two terms, as it could refer to shogeg, oness, and even meizid (see below). Because of this, one might have thought that just as, in general, a guilt-offering is brought only when one’s sin is shogeg, but not if it was oness or meizid, so too does the term pitom when discussing the Nazirite refer only to shogeg. This supposition would exempt the Nazirite from bringing sacrifices if he became ritually impure by accident or on purpose. In order to obviate this supposition, the Torah wrote peta alongside pitom. Since peta only means shogeg (see below), then pitom must mean something other than shogeg, thus providing the basis for the Mishna’s ruling that the Nazirite must offer a guilt-offering even if he purposely (meizid) becomes ritually impure.

How does the Talmud know that pitom can refer to shogeg, oness, and meizid? The Talmud cites three proof-texts in which pitom or words similar to it appear in situations of shogeg, oness, and meizid. The first passage reads, “The clever one sees evil and hides, while the fools (petaiim) violate and are punished” (Prov. 22:3). This verse alludes to deliberate sinning (meizid), and refers to such foolish sinners with a word that resembles pitom, thus teaching that pitom can mean meizid. Then the Talmud cites another passage: “The fool (peti) believes everything” (Prov. 14:15). This verse criticizes the fool’s naivety that can lead to mistaken (shogeg) sin. Since the word for “fools” (peti) is similar to pitom, this shows that pitom can also refer to shogeg. [Bartenuro (cited below) cites Ezek. 45:20 to illustrate the pitom-peti connection.] Finally, when it comes to pitom meaning oness, the Talmud cites the verse, “And G-d spoke suddenly (pitom) to Moshe, Aharon, and Miriam…” (Num. 12:4). This means that He suddenly foisted a prophecy unto the trio in a way that was totally beyond their control. This is akin to an oness, which is something that happens by complete accident and is totally beyond a person’s control. Because pitom appears in that passage, the Talmud understands that pitom can refer to oness.

How do we know that peta means shogeg? The Talmud explains that peta refers to shogeg because the unintentional murderer is only obligated to flee to a City of Refuge if he killed somebody by mistake (shogeg), but if he innocently killed somebody in a freak accident (oness), then he is exempt from fleeing to a City of Refuge. Since in that context the Torah uses peta to describe the inadvertent killer’s “sudden” action that led to his victim’s death, this indicates that peta refers to shogeg.

To summarize our findings so far, peta and pitom both refer to something that happened “suddenly,” but seem to refer to different degrees of intentionality in the one who executed/experienced that sudden event.

Interestingly, Rashi (to Num. 35:22, Prov. 6:15, and Makkot 7b) explains peta as an expression of “closeness” and “immediacy.” In this sense, it denotes something “sudden” as happening in such quick succession that one could not have possibly been careful about preventing it. In fact, the word haftaah (“surprise”) in Modern Hebrew is derived from peta. All this seems to fit with Rashi’s ostensible opinion that peta refers to oness.

Rabbi Ovadiah of Bartenuro (Amar Nakeh to Num. 6:9) offers a slightly different take on why peta should refer to oness. The triliteral root of peta is PEH-TAV-AYIN, but Bartenuro explains that since the letter PEH is often interchangeable with the phonetically-similar letter BET, we can view the root of peta as BET-TAV-AYIN. Bartenuro explains that BET-TAV-AYIN is, in turn, a permutation of BET-AYIN-TAV, which means “startled” or “frightened” in Biblical Hebrew (for examples, see Esther 7:6 and Jer. 8:15). The Arabic word baghta is a cognate of this root and means “unexpected event.” Bartenuro explains that peta refers to something that happened in a surprising way that caught somebody totally off-guard. This means that peta must refer to oness.

Rabbi Shlomo Pappenheim (1740-1814) explains that BET-AYIN-TAV is actually derived from the two-letter root BET-AYIN, which refers to something that “reveals itself from beneath the surface.” Thus, he explains that a bua/avabua (Ex. 9:9-10, Isa. 64:1) refers to “boils,” which bubble up on the surface of one’s skin. As a corollary of that usage, this root came to mean “fear,” which is often accompanied by goose-bumps on the surface of one’s skin.

Rabbeinu Efrayim ben Shimshon of Regensburg (to Num. 12:4) parses the word pitom as a portmanteau comprised of the words peh (“mouth”) and toem (“fits” or “matches”). He ostensibly explains that something which happens pitom happens so quickly and suddenly that it resembles the speed at which words exit one’s mouth. Rabbi David Golomb (1861-1935) similarly writes that the TAV-ALEPH-MEM element in the word pitom denotes “fitting” or “matching,” as if to say that when something happens suddenly, a person may have been in the midst of experiencing a calm serene moment (where everything is “in sync” and “fits together”) — when suddenly something happens to disrupt the idyllic situation.

Rabbi Samson Raphael Hirsch (to Gen. 9:27, Num. 6:9) offers a discussion on the concept of pitui (“convincing” or “seducing”) which is relevant to our study. He explains that pitui essentially recalls a state wherein a person is easily swayed by external impressions and influences. Rabbi Hirsch relates pitui to petach/patuach (“open”), because for one to be convinced by another, one must be “open” — and thus susceptible — to the influence of such external stimuli. This also relates to the simple-minded fool (peti), who can be easily deceived or talked into doing things.

In this spirit, Rabbi Hirsch explains that peta refers to a “surprise” that a person could have foreseen if he had simply thought about the likely outcomes of a given situation or course of action. This is comparable to the halachic level of shogeg, where one’s inadvertency derives from a mistake. If the inadvertent sinner had been a bit more mindful, then he could have avoided sinning. In a similar way, the “surprise element” of a peta could have been neutralized if only one would have put more thought into the matter.

On the other hand, the term pitom denotes a surprise occurrence that no amount of analytics or forecasting could predict. When it comes to such an event, the “surprise element” and lack of foreknowledge renders one akin to a peti, who could not have anticipated or prepared for this sudden event. In further clarifying the difference between peta and pitom, Rabbi Hirsch summarizes that peta denotes a subjective surprise, while pitom denotes an objective surprise.

Rabbi Pappenheim actually writes the exact opposite. He maintains that peta refers to a surprise occurrence, whose catalyst or direct cause is not readily visible in an objective way, while pitom refers to a surprise occurrence that those affected by the sudden surprise were subjectively unable to prepare for, even though the signs of its impending arrival were demonstrably clear. Either way, most sources point to a marked difference between the words peta and pitom — whatever the exact difference between those two words may be.

In contrast to all this, Ibn Ezra (to Num. 35:22) seems to say that peta and pitom are one and the same. Rabbi Avraham Menachem Rappaport (Minchah Belulah to Num. 12:4) seemingly follows this idea when he suggests that peta and pitom are etymologically-related because the letters AYIN and ALEPH can be interchangeable, such that PEH-TAV-AYIN equals PEH-TAV-ALPEH-(MEM). According to this approach, peta and pitom may actually mean the exact same thing; they are not synonyms but rather are different forms of the same word!