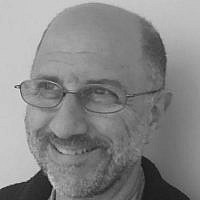 The Blogs
Eliezer Blasberg
Apply for a Blog
Advertisement
Please note that the posts on The Blogs are contributed by third parties. The opinions, facts and any media content in them are presented solely by the authors, and neither The Times of Israel nor its partners assume any responsibility for them. Please contact us in case of abuse. In case of abuse,
Report this post. 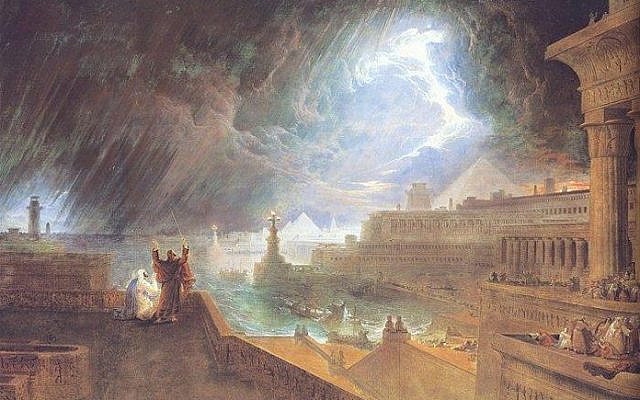 The Seventh Plague of Egypt, by John Martin. (Wikipedia)

There are many beautiful traditions surrounding the Passover Seder. That said, for many of us, it’s not enough to just read the Haggadah and eat, so we spend a lot of time trying to come up with new ideas to enrich and enliven the Seder evening. Ironically, the most obvious and gripping enhancement has likely not been done in over 2,000 years (until now). I want to share a new-old tradition and, coincidentally, it happens to be a Biblical commandment almost no one holds literally.

According to the Torah, there are 3 perpetual commandments related to the Seder evening. The first one is the sacrifice and eating of the Paschal lamb. This, obviously, no one has been able to do for the last 1,951 years since the Temple was destroyed. The second is the prohibition of eating Matzah and not eating leavened bread, which pretty much anyone holding a Seder does do. The third one everyone thinks they’re doing, but they’re not: telling the story of leaving Egypt. As it says: “Remember this day in which you came out from Egypt, out of the house of bondage’ (Exodus 13:3) and “And you shall tell your son on that day saying ‘it is because of this which YHVH did for me when I came forth out of Egypt.’”. (Exodus 13:8)

The best way to “remember this day” is to tell the story, yet the Haggaddah only talks around the story, but doesn’t actually tell it. The reason the Haggadah can’t tell the original story is that the redactors of the Haggadah intentionally did not want to mention Moses, so the Haggadah has to make all kinds of contortions to get around leaving out what can only be described as the second most important figure in the story. While Google can supply you with a multitude of rationalizations for this decision, putting it into historical context, one reasonable understanding is that the rabbis wanted to avoid the comparison of the redemption of the people by Moses (as an agent of the Devine) with Jesus (who was becoming popular at the time).

So we are left with the fact that not only is Moses not mentioned, but the entire gripping, dramatic and awe-inspiring story is not actually told on the one evening it’s supposed to be told. I think this is a shame. This is why at our Seder we actually read the story of the 10 plagues as written in the Torah. But not just any reading. It’s a reading in which the Torah is organized into literary units with each unit arranged in columns and rows. I learned this organization of the Torah from my teacher Moshe Kline, who has rediscovered this authentic, organic way to read the Torah. While the modern division of the Torah divides the plagues into two parshiot (weekly Torah readings) of 7 and 3 plagues, the Torah actually wants us to read them as two groups of 9 and 1. Looking at the first group, these are not 9 randomly thrown together plagues. They have been constructed intentionally into a matrix with commonalities in both the vertical and horizontal. The proofs for this are many, but due to limited space, I will share only a few.

If you arrange the first 9 plagues into a 3 by 3 grid (think “Tick tac toe”), you will discover some fascinating connections. First, looking at the rows, you will notice that plagues 1, 2 and 3 all take place from “below” (blood, frogs and lice). This is called the “thesis.” Its opposite, the antithesis, are plagues 7, 8, and 9 which all take place from “above” (hail, locusts and darkness). The middle row (plagues 4, 5 and 6) are a middle (or “synthesis”) and are in the middle (Arov, death of Pharoh’s cattle/horses/camels, and boils), connecting “above” and “below”. This is relatively obvious and easily discernible since it derives from the linear reading.

But now let’s look at the columns. Here is where the magic happens! If we label plagues 1, 4 and 7 Column A, plagues 2, 5 and 8 Column B, and plagues 3, 6 and 9 Column C, many commonalities appear between plagues in their columns. For example, the plagues in Column A always happen in the public domain (thesis). The plagues in Column C in the private domain (antithesis), while Column B (the synthesis) is a mix of public and private (you might think that the plague of darkness was in the public domain, but in fact the “darkness” represents the 3 days of deep depression each Egyptian experienced, while the children of Israel were in the “light” of joy knowing their emancipation was imminent).

Here’s another clue that this is the correct way to organize the plagues: when considering the 3 main players in our drama, Column A has meetings between Moses & Pharaoh (YHVH says to Moses to “Go to Pharaoh” which implies that Moses is there with Pharaoh, but without the Divine Presence). Column C is the opposite: It’s only YHVH and Moses (no Pharaoh) and only these plagues have no warnings, they just happen. Column B is the synthesis: YHVH says “Come” (implying “with me”) to Pharaoh, so all three are present together in Column B.

And here’s another commonality of this grouping: Column A deals with nature, Column B with animals and Column C with people.

There is so much more one can unpack by reading the actual story in this way (like how the plagues YHVH enacts are the “undoing” of Elohim’s creation of the world in chapter 1 of Genesis), but I’ll leave that for another time. In fact, the entire Torah is organized using these paradigms of Thesis-Synthesis-Antithesis and duality (a majority of units of the Torah are organized in 2 columns and present opposites, while the rest are in 3 column triads). You can freely download the entire Woven Torah in English or Hebrew at Moshe Kline’s website chaver.com to discover this for yourself.

In addition to reading the original story of national redemption, we ask everyone to bring an object, picture, song or word that represents a personal freedom they experienced in their lives over the past year (and/or an object that represents freedom they would like to achieve in the coming year). Sharing our own journeys to freedom both helps us be in gratitude for all we have, as well as connect us to how each Israelite must have felt “back in the day”.

A new experiential tradition I have been doing for many years is to splash blood-red paint on strips of clear plastic and tape them to my front doorposts. Just as only the Israelites in Egypt were commanded to eat bitter herbs on that first Passover (that commandment was exclusive to them), yet we do it to remember that they did it, so, too, I put “blood” on my doorposts to remember that they did this as well.

Finally, one last “new” very practical tradition: I call my Seder “Out of Order” (Seder is Hebrew for “order”) because I change the order of the evening. We read the Haggadah from Kiddush until Yakhatz, skipping Maggid entirely (this takes only 15-20 minutes). Then we enjoy our meal, followed by reading the liberation story as mentioned above, sharing our personal experiences of freedom, and finally finishing the rest of the post-meal Haggadah and ending with songs. This ordering has the advantage that no one is starving when it comes time to dive into the subtleties the Torah entices us to tease out, which allow us to take our time and savor and digest all the deeper meanings.

I hope this has inspired you to think of other new ways to enhance your Seder and I wish everyone a beautiful, meaningful, exciting and joyous Passover Seder filled with both new and old traditions!

About the Author
Eliezer Blasberg has been studying the Woven Torah with Moshe Kline for over 9 years. As his day job, Eliezer works at a high tech medical startup company in Jerusalem.
Related Topics
Related Posts
Comments