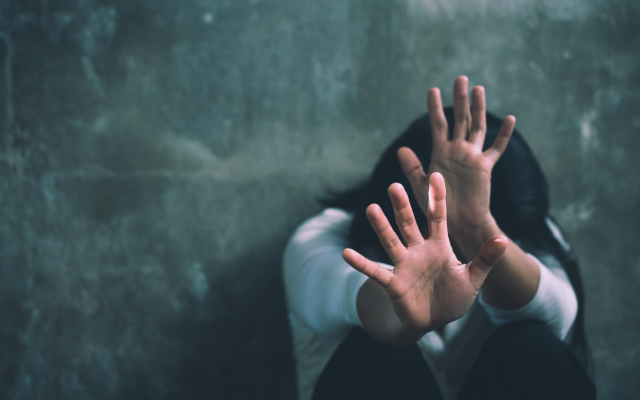 P.T.S.D. is something we usually associate with combat trauma suffered in war. But the trauma of the private wars being fought behind closed doors is finally being acknowledged in the courts.

Here in our little country, Israel, we seem to perpetually be at war. And we have many soldiers dealing with post-traumatic-stress-syndrome. I’m proud of the efforts we make to help our suffering brothers and sisters get back to a healthy life.

Post-trauma however, is a diagnosis that is not reserved only for soldiers. Israel’s National Trauma Center for Victims of Terrorism and War explains what is at the heart of Post-Traumatic Stress Disorder (P.T.S.D.).

“When exposed to a traumatic event, the emotional/psychological system is flooded with more stimuli than it can contain and process. The stimuli remain in the system, in their raw, unprocessed state and occasionally return, forcing their way into the person’s awareness in their original form. As a result, the sufferer re-experiences the traumatic situation, as a physical or emotional experience, exactly as if it were occurring all over again.”

Far too often I have seen the symptoms of P.T.S.D. during the course of representing some of my divorce clients. Sometimes they’re not aware that what they’re experiencing could be the result of the severe abuse inflicted upon them by their spouses. I’ve seen physical, mental and economic abuse. And so often more than one kind of abuse at a time. (I make sure to share recommendations for experts who can help my clients dealing with P.T.S.D.)

The judges have seen it too and I’m encouraged that P.T.S.D is being treated seriously in the courts.

In a recent case, a woman sued her husband for the post-traumatic-stress-syndrome she was suffering from after living with his abuse for 36 years. According to her testimony and that of her children, the husband had verbally and physically abused her for most of their marriage. He humiliated and raped her repeatedly and she lived in constant fear.

The husband and his family testified that she was lying in order to increase her share in the division of their property and had convinced the children to support her claims.

Judge Ran Arnon of the Family Court in Kiryat Shmona based his decision to financially compensate the wife, on the testimonies of the children. In his response he wrote:

“In my opinion, the children’s testimonies are preferable to the testimonies of someone who doesn’t live in the home. One who sees the couple in their public life does not understand what goes on behind closed doors.” The judge added, “In this regard, Gabriel García Márquez wrote, ‘we all have a public life, a private life and a secret life.’”

Since there was no proof of lost wages due to her P.T.S.D diagnosis, the judge awarded the wife 160,000 NIS compensation for pain and suffering and medical expenses. The husband was also required to pay her court expenses and attorney’s fees in the amount of NIS 15,000.

Even though we have a long way to go regarding the court’s treatment of women here in Israel, I’m very encouraged by cases like this.

About the Author
Soon after returning to Israel with his family fom a 14 year hiatus in the US, American born and bred attorney Jay Hait went through a vicious divorce exposing him to the dark side of family law in Israel. When it was all over and he came out with custody over his young children, Jay switched from corporate to family law because he knew that there had to be a better way -even within the confines of the Israeli legal system.
Related Topics
Related Posts