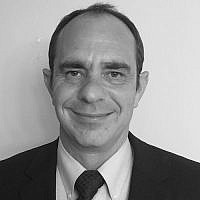 As of January 31st, the US administration ceased all its aid to the Palestinian Authority. In response, Saeb Erekat, the Palestinian Chief Negotiator, said: “Hundreds of Palestinians will be losing their jobs as a result of the U.S. decision to terminate all USAID projects in Palestine. An additional step in a series of punitive and unethical measures, carried out by the Trump Administration, against the people of Palestine to pressure its leadership to compromise on our inalienable right to self-determination.” [Website of the State of Palestine PLO Negotiations Affairs Department, Feb. 2, 2019]

Upon closer examination, it becomes clear that Erekat, on behalf of the PA, is once again, distorting a very simple fact.

In reality, it is not the US that has made any such decision. Rather, it is the Palestinian Authority, headed by Mahmoud Abbas, which has positively decided to reject all of the considerable US aid to the Palestinians. It has done so by actively choosing to continue its ”Pay for Slay“ policy, whereby the PA squanders hundreds of millions of dollars annually to incentivize and reward terrorism and terrorists including convicted murderers and the families of dead terrorists (so-called “Martyrs.”)

American veteran Taylor Force was murdered by a Palestinian terrorist while touring Israel. When the US understood that the PA pays the family of the murderer of Taylor a monthly allowance, it passed the Taylor Force Act (TFA, passed March 2018). According to the provisions of TFA, most of the US aid to the PA became contingent on the PA abolishing its ”Pay for Slay” policy.

Instead of heeding the call of the US administration, the PA made a positive decision to waive the US aid and continue its ”Pay for Slay“ policy, with Abbas declaring that the PA prioritizes rewarding terrorist prisoners rather than taking care of the rest of the Palestinian population:

“By Allah, even if we have only a penny left it will only be spent on the families of the Martyrs and the prisoners, and only afterwards will it be spent on the rest of the people.” [Official PA TV, July 24, 2018]

In parallel to the passage of TFA, the PA managed to escape being held legally and financially responsible for its promotion of terrorism. At the end of lengthy litigation, in which the United States District Court for the Southern District of New York found the PA responsible for terrorism that caused the death of American citizens and ordered it to pay hundreds of millions of dollars in compensation, the US Supreme Court, accepting the argument of the PA, decided that the US Courts did not have jurisdiction to adjudicate the cases. [Sokolow v’ PLO and PA US Supreme Court No. 16-1071 April 2, 2018]

In response to that decision, in October 2018, the US passed the Anti-Terrorism Clarification Act (ATCA). The new legislation was very simple – any recipient of US aid inherently agrees to the jurisdiction of the US court system.

In other words, the PA could no longer be a recipient of US aid and then claim that the US courts have no jurisdiction to penalize it for its responsibility for terrorism against US citizens.

Understanding that if it continued to receive US aid, the PA would finally be held financially liable for its promotion and involvement in terrorism, PA Prime Minister, Rami Hamdallah, wrote to US Secretary of State, Michael Pompeo, saying that “In light of these developments, the Government of Palestine respectfully informs the United States Government that, as of January 31st, 2019, it fully disclaims and no longer wishes to accept any form of assistance referenced in ATCA.”

So while it is true that the US aid to the Palestinian Authority ended on January 31st, 2019, Erekat’s attempt to mislead the world by laying the blame for the cessation of the aid and the ensuing loss of Palestinian jobs on the US administration should be seen for what it is – another PA excuse to shirk and deflect responsibility and distort the truth.

The truth is that the US aid ended because the PA positively decided to reject the assistance in favor of continuing its ”Pay for Slay” policy and in order to avoid being held responsible for its terror promotion and involvement in terror that has claimed the lives of hundreds of victims, including numerous US citizens.

The American use of financial leverage to force the PA to choose a peaceful approach and the best interests of its population instead of choosing violence and continued promotion of terrorism by continuing its ”Pay for Slay” policy could have constituted a huge step towards achieving peace. However, according to Abbas and Erekat’s statements, it seems to be a step the PA is not prepared to take.