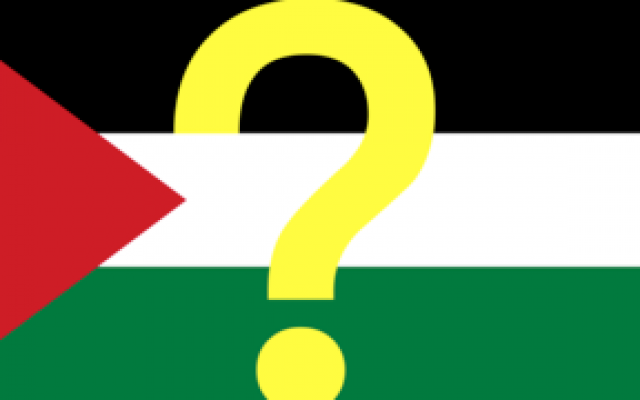 Around the last week in April, 85-year-old, Palestinian National Authority (PA) President Mahmoud Abbas (Abu Mazen), called off the the Palestinian Central Elections Commission (CEC)-sponsored elections, originally slated for July 31, 2021. The white-haired, Safed-born, Palestinian head-of-state has sat at the helm of the Palestinian National Authority (PA), for 15 years of a four-year term. Abu Mazen claimed the reason was not the specter of a Hamas takeover in Ramallah, or the hypothetical victory of one of the rivals of the PA’s crazy-octogenarian president. The raison d’être, or so the one-time refugee gave for the indefinite delay of a PA [Palestinian National Authority] presidential election date, is because Israel refused to permit Arabs in East Jerusalem to participate in the vote. “We have decided to delay the legislative elections until the participation of Jerusalem [Arab residents] is ensured,” Abu Mazen said in a statement, alluding to the legislative elections which were to precede the presidential elections and facilitate them.

In doing so—temporarily restricting Jerusalem Arabs’ rights to vote in a Palestinian election, while the Israeli government figures out what is best for a long-term peace strategy and at the same time, pluralist, liberal, democratic civil liberty—the Jewish state practiced a security measure, reminding the Israeli population, that no matter what religion (Jewish, Christian, Muslim, Druze, et cetera), no matter personal political leanings, the State of Israel offers a robust and democratic variety of political parties for anyone to identify and affiliate with. And Arab-Israelis, according to any fair observation, are duly represented within the Israeli Knesset. This isn’t at all to say that Jerusalem Arabs, in the future, will be precluded from Palestinian elections, by the Israeli government. But with all the unrest, someone in Knesset, perhaps Prime Minister Benjamin Netanyahu simply decided that now isn’t the time to allow the marriage of Jerusalem Arabs, within Israeli territory, to remain there and also vote in the PA (Palestinian National Authority) elections.

The stalemate in Palestinian National Authority (PA) elections, should be welcomed news, and seen as a coup to the Jewish state. There are two reasons for this, and they are not the reasons Abu Mazen gave for his action. First: Hamas can win and spread out, indoctrinating and brainwashing the Palestinian population who doesn’t know to whom or where to turn. Galvanizing Islamic-fascism and anti-Semitism; promulgating a notorious doctrine of Jew hatred; living lives of blind anti-Semitism, helplessly abject poverty, and pollyannaish sycophancy for the radical Islamic leadership. Yes, if victorious in the now-jettisoned summer 2021 PA (Palestinian National Authority) elections, they would spread more than they already are (they absolutely do have a presence in the West Bank), thereby leaving the doors open in the region for the Revolutionary Guard Corps of the Islamic Republic of Iran, under the radically puritan and violent aegis of an aging Shiite Ayatollah Ali Khamenei, and his son (who is next in line), to strengthen their grip on all of the Middle East (and North Africa) and build a proxy-army in Gaza and possibly the West Bank, that would resemble in size, influence and danger, Hezbollah in Lebanon, before the Second Lebanon Invasion. A Hamas-green Palestinian National Authority (PA), would lead to even larger scale warfare than the Israel Defense Forces’ have been used to in the last decade and a half; since the cessation of fighting the tragic Second Intifada.

Second risk: one of two rival factions within the secular Fatah party could win, and this would be inopportune for Abu Mazen. These two rival factions represent a gross departure in philosophy. One, we would like to see rot in prison; the other, well, we should be curious just what the future can have in store for Fatah. Mahmoud Abbas (Abu Mazen) is clearly unwilling to try and understand Palestinian Jewry and Zionism. But it is crucial to realize, we prefer the devil we know.

First, we turn to one Marwan Hasib Ibrahim Barghouti, jailed secular Palestinian activist, imprisoned by Israel for his part in a considerable rap-sheet of terror attacks, including being among the Palestinian masterminds of the Second Intifada; perhaps the very founding member of the al-Aqsa Martyr’s Brigade. If Barghouti wins, he would be a dangerous iconic persona, who would rile-up anti-Semitic and anti-Zionist fervor among Muslims and radical Islamic terror-sympathizers. Barghouti doubtlessly has Abu Mazen sweating. From his prison cell, the Ramallah-born secular terrorist, has been able to organize his own short-lived political party within the PA (Palestinian National Authority), and even helm a 1000-man-strong hunger-strike of Palestinian prisoners, of which he declared to the world his objectives and motivations in an op-ed to the New York Times on April 16, 2017, entitled, ‘Why We Are On Hunger Strike In Israel’s Prisons’.

The other rival faction within Fatah, whom Abu Mazen is intimidated by, is a younger man who goes by the name, Mohammed Yusuf Dahlan (Abu Fadi). A secular Sunni Muslim, Dahlan was born in the Gaza Strip and joined Fatah as an adolescent. He has proven in his track record to be more progressive and diplomatic than other political leaders within the Fatah party. A Mohammed Dahlan (Abu Fadi) victory within Fatah, and a Fatah victory throughout the PA (Palestinian National Authority), is what would be the most helpful to realistic Israeli parties, (those seeking a two-state solution).