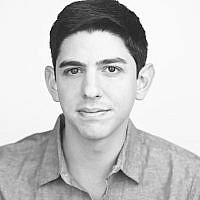 “Work already, damn it!” I yell at the Israeli-designed weapon in my grasp. The Tavor jams every time I load a bullet into the chamber because I can’t hold the weapon steady. What remains of my left bicep is hanging limply from my shoulder, a year-old battle amputation.

I’ve hunkered down in the shooting range every day for the past two weeks trying to prove my worth as a combat soldier. But now that idea’s sloshing around my mouth like expired milk.

If I don’t come up with a solution to this rifle jam soon, the brass will strangle my aspirations to keep wearing this uniform. They’ll bury my attempts at combat status farther below ground than my left arm.

Instead of lingering on this truth, I kneel – lowering my knee until it grinds against the cement slab of the firing line. My troublesome weapon rests across my flattened right thigh, barrel facing 3 human-shaped targets.

I’m not giving up, I inform the 3 wise men and my gun. Eventually you’ll fire, and you’ll fire straight.

Spent 5.56mm cartridges left behind by previous marksmen litter the range. They glint in the sun and force me to squint. These shells taunt me. They mock my inability to add to their golden ranks, the way any good soldier could.

Pain jags through my phantom arm when two fingers that no longer exist try crossing for good luck. Old habits die hard, but these two haunt me like ghosts.

I’ve learned to compartmentalize that pain. So I focus on cocking the rifle. I slide the bolt backward in the smoothest motion I can muster. When I glance down, I see failure glaring back at me through a thin slit in the bolt. That means the bullet didn’t catch in the chamber. Yet another failure. I cautiously find my feet and brush the dirt from my fatigues.

How on Earth will I ever hold this thing in place? What am I thinking? A one-armed sharpshooter?

Until I figure out how to load without jerking the weapon, it simply won’t fire. My phantom flares again and, to appease it, I rub what’s left of my arm.

Back to a crouch. Rifle back against my straightened thigh. This time, I stare out past the 3 cardboard wise men, past the sandy ranges and into the mountains that jut behind them. I let my vision blur.

The answers aren’t out there.

So I slide a magazine into the Tavor’s loading port. My gaze remains unfocused. I distance myself from the hurt I’m about to inflict.

I lower my left shoulder to the butt of the rifle. I let the warmth of my amputation collide with the cool plastic of the weapon. The remainder of my arm compresses against it and the ensuing pressure crushes my entire being like a steamroller gone haywire.

I press deeper into the rifle – harder – and my vision darkens. My sight starts to tunnel. The force is unbearable, but I reach forward before I can faint and pull the loader back as roughly as possible.

My left shoulder springs upward as soon as it’s done. The pain lingers, but the darkness that smothered me retreats for the time being. I lift my assault rifle to the rivet between my chest and shoulder and aim at the closest of the 3 wise men.

Sweet, sweet music soothes my eardrums: a score composed of discharging rounds. A melody of lead tearing through air. I continue firing until the clip is empty of all 29 bullets. And not until the explosions die down and the echo follows do I realize that I’m roaring loud enough to leave me rasping for days.

I catch my breath and load a fresh magazine. Put the pain away, Izzy. Eat that bullet later. I again press roughly with my tortured limb. Again my vision darkens. Again I ignore that suffocating pressure that builds in my chest. Forcing myself to hold on, I push and I push. Through the nothingness I go until I reach something on the other side.

My vision clears like a windshield with wipers flipped to high. The blur sharpens into perfect vision and everything becomes clear. The targets and my future. I can see the individual lines on the black-yellow bull’s-eye 25 meters away, the grains and cracks on the tan post holding the wise men steady. Time moves slowly as I rapid fire. The silence between each trigger pull deafens me ­with my own breathing. This injury, this pain, this adrenaline—all of these obstacles have shifted into a weapon. They have forced me to become a better marksman. A stronger soldier.

So why am I shuddering?

How many weeks have I toiled on this range not knowing how close I knelt to the solution? I could’ve easily stopped fighting. I could’ve easily dropped my weapon and walked back into darkness. I never would have discovered the treasures that are now mine.

One glance at the concrete tells me that I’ve accomplished what any good soldier could. Piles of golden shells surround me. Both they and I are glinting in the sunlight.