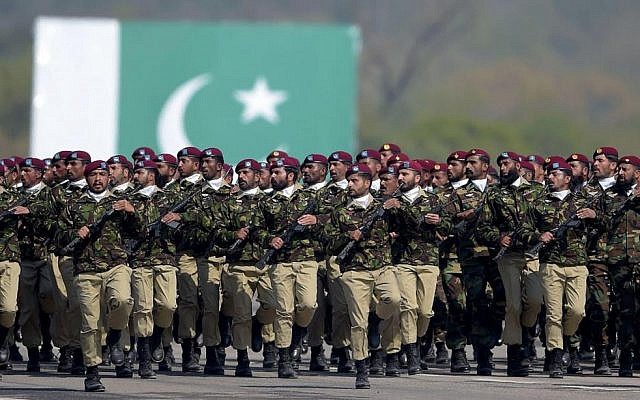 The ouster of Imran Khan as the Prime Minister in April this year has led to an unprecedented backlash against the country’s all-mighty military establishment. People are now openly expressing anti-army sentiments on the streets after Pakistan Tehreek-e-Insaf (PTI) Chief Imran Khan directly accused the deep state of carrying out a gun attack on him. In rallies held across Pakistan, protesters have raised slogans in support of Khan and against the military. And after the failed assassination attempt on Mr. Khan in the long run. His supporters are ferociously attacking the Army hundreds of demonstrators gathered in front of the Corps Commander’s House in Peshawar and raised anti-Army slogans. This was unimaginable in Pakistan before. Presently, anti-army sentiments are rapidly spreading in Pakistani society. People continue to voice their opinion against the military on social media. Despite the threat of accounts being suspended or even arrests. This is an alarming situation for the Army. Because Pakistan is a praetorian state and the army has performed a praetorian rule type role during most of its existence. This is evident from the fact that since Pakistan’s inception in 1947, no prime minister has ever completed an entire five-year parliamentary term, and generals have directly ruled the country on several occasions.

Khan’s core support base comes from Pakistan’s urban middle classes. The Pakistan Army sees itself as Pakistan’s only non-feudal, non-dynastic, and quintessentially middle-class organization and was always popular in this section of society. Not surprisingly, Khan is now believed to be popular in large sections of the military. It won’t be wrong or an exaggeration to say that the PTI Chief is the first politician in the history of Pakistan who while fighting the Army’s leadership also has quite good support from within the Army itself. The biggest political achievement of Imran Khan since now is that he is able to showcase the top leadership of the Army as the power-hungry generals among the masses. Pakistan’s deep state has always pushed the narrative that most of the political leaders are corrupt and are solely responsible for all hardships faced by the country. And the Army is the only organization that can bring order and can ensure stability and security. But the matter of fact is that long military rule has left intractable and spillover impacts on the politics, economy, and foreign policy of Pakistan. The most enduring repercussion of the long military rules in Pakistan is its diminished state constitution. With this much charged-up environment with so many prevalent anti-establishment feelings. It’s just a matter of time before common Pakistanis will lose faith in the Army and will consider it just as another political organization.

The Army has said numerous times that they are neutral and want to be apolitical. Also, in the first of its kind, a joint press conference in the history of Pakistan addressed by both Inter-Services Intelligence (ISI) chief Lt General Nadeem Anjum and Inter-Services Public Relations (ISPR) Director-General Lt General Babar Iftikhar. It was again reiterated that the army will remain apolitical. But contrary to this claim the matter of fact is that the security establishment remains the most powerful political force in the country. It’s stepping back from power politics appears tactical and doesn’t signify a complete abdication. It is more a matter of changing alignment. With the ongoing political confrontation and increasing polarization in the country, the balance of power still remains with the military. Down in history General Qamar Javed Bajwa, will be judged differently, perhaps, more critically. As he instead of opting for hard but simpler martial law, tampered with the democratic setup by engineering the ouster of one government, and later, propped up a proxy who grew out of the confines of the military boots.

In the past, the Army has gone away with any experiment they did with democracy like- direct martial law, the guided democracy concept of Field Marshal Ayub Khan, and General Bajwa’s hybrid form of government. But now common people’s patience is running out because of various reasons like- anger with the political elite, rising inflation, mis-governance, and current political instability. And people are in no mood to tolerate any kind of political arrangement which doesn’t take into account people’s will. The current notched victories of Khan’s party in local elections in the financial capital Karachi and the most populous province of Punjab have been seen as a litmus test for the national mood. Also, all the pressure tactics used by the establishment on Imran Khan until now have made him more popular rather than deterring him. Also, it should be noted that Mr. Khan’s large support base comes from Punjab which is also the core of the Pakistan Army. It is one thing for the Army to massacre Baloch, or butcher the Bengalis, or kill the Sindhis and the Pashtuns but quite another to do the same in Punjab. This makes it very difficult for the army to use a massive crackdown on the PTI Chief and his supporters.

It’s a wake-up call for the Pakistan Army to actually leave the corridor of power and move to barracks. Otherwise, they can meet with the same fate as the military junta of Myanmar where the Junta is witnessing a civil war against its rule.

About the Author
Manish Rai is a columnist for the Middle East and Af-Pak region; Editor of a geo-political news agency Views Around (VA)
Related Topics
Related Posts