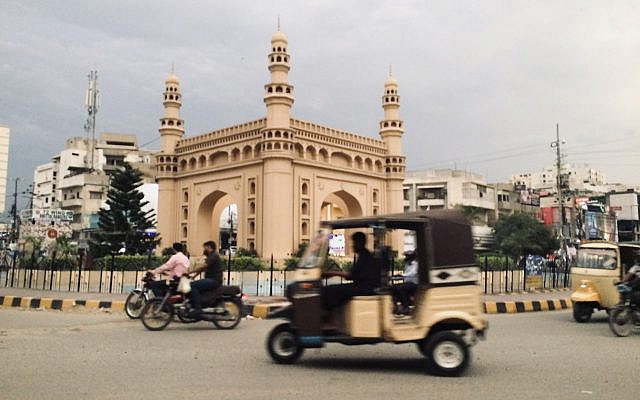 In Pakistan, antisemitic discourse is not always a consequence of any escalation in the long-drawn conflict between Israel and Palestine. Where such clashes definitely garner considerable attention and certainly fume sentiments in favor of the Palestinians and lead to anti-Israel demonstrations — with antisemitic slurs and banners being a visible, appalling reality of them all; digitally in today’s world and otherwise—anti-Jewish hate and bigotry remains deeply entrenched in the country’s social fabric with no end to it in sight in the times ahead. From the local political and religious parties labeling opponents as “Jewish agents” and “conspirators of the Jews” to blaming calamities and even viruses on some “Jewish conspiracy”, the amount of antisemitism that goes unchecked and unaccountable is deeply disturbing in this country of over 220 million people and the only Muslim state with nuclear weapons.

Also unfortunate is the glorification of Nazi Germany and the denial and downright trivialization of the Holocaust, which is apparent time and again, and specially last year on the Pakistani Twitter when the Gaza conflict indeed escalated. A Pakistani actress and some political leaders jumped on the hate bandwagon and termed Israel a Nazi state; clearly being indifferent and inconsiderate to the pain and agony of millions of Jews who died and suffered at the hands of the Nazis and those who carry that intergenerational trauma with them even today.

Antisemitism is also projected in the guise of anti-Zionism frequently. It seems as though there is a unique kind of hatred reserved for Israel and Israel alone which does not necessarily stem from sympathy for the Palestinians nor does it always originate from a concern coming from a human rights perspective — if truly agitated about rights, the criticism would and should have been meted out against Saudi Arabia for its atrocities in Yemen, China for its Uyghur persecution and rights violations within Pakistan too. But no. For a great deal of people, it exists for Israel distinctly because of its Jewish identity and mainly due to a malicious belief that projects Jews as enemies of Muslims and propagates that the two cannot co-exist or be confidants ever; a narrative sold by fundamentalists and Islamic extremists ever since the emergence of the country on the map, who only seem to be thriving with the growing intolerance. This narrative is quite often manifested in Pakistani society in the form of antisemitism which is, quite evidently, widely accepted and nobody sees a problem with that.

Ordinary citizens mostly look down upon the Jews in conversations — blame parochial and regressive thinking for it — and politicians, who are admired by millions and have some semblance of moral responsibility on their shoulders as well remain indifferent to this kind of bigotry. Not long ago, a prominent leader of PML-N party, Maryam Nawaz, in a political speech lambasted current premier Imran Khan in a blatantly prejudiced remark saying that “he [her son] did not grow up on the lap of the Jews,” underlying that Khan’s children did, which she implied here as an insult because of a certain Jewish connection. Pakistan’s foreign minister too invoked an antisemitic trope in an interview to CNN last year, saying that Israel has “deep pockets” in the media, coming from the same antisemitic, egregious notion of “influential Jews” running and dominating powerful positions.

Historically, it is said that Jews were treated better in the Arab Muslim world compared to a Christian Europe, especially in countries like Egypt and Morocco. Despite validity to this analogy, Jews still faced discrimination and persecution in many Islamic countries. The bitter pill to swallow here is that where the West, fortunately, denounces antisemitism now and vows to curb it despite its prevalence and antisemitic incidents, the remnants of this hostility towards the Jews, however, that reached Islamic countries and prevail till today are not being dealt with.

But this is Pakistan where a lack of tolerance for religious minorities, use of blasphemy laws and gender-based discrimination have become a common occurrence; such incidents make it to the global headlines and are widely known to everyone. In the wake of an environment where prejudice is normalized and extremist, illiberal and radical parties are given more support and backing than human rights defenders, such deep-rooted antagonism for Jews doesn’t come as a shocker. What is shocking and unsettling is that no one bats an eye or reacts to such malice and tries to counter it.