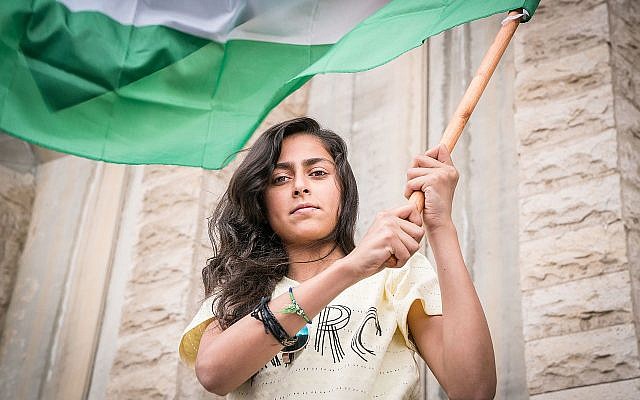 A Palestinian girl holding a Palestinian flag. Picture credit to Trocaire. This picture is free to distribute under the Creative Commons Attribution 2.0 Generic license.

I have long supported a two-state solution for the Israel-Palestinian conflict, but in the last couple of years, I went through a period of doubt. A year and a half ago, I wrote “Picking up the pieces after the death of the two-state solution,” and three months ago, I wrote “Trump will end the dream of Palestine, finally.” Over the last three months, however, I have slowly gone back to supporting the concept of two states. I was wrong to believe that Palestinian nationalism could be erased or even should be erased.

During those years, I was influenced by two factors: A growing rejection of Palestinian nationalism among Zionists, and a growing discouragement with the Palestinian leadership’s willingness to compromise for peace.

For years, I have denounced the pro-Palestinian movement for being more anti-Israel than pro-Palestinian, but I ignored the fact the Zionist movement has become to a large extent openly opposed to Palestinian nationalism.

Palestinians and their supporters often deny the legitimacy of Jewish nationalism and the right of Jews to self-determination in Israel/Palestine. This appears to have played a large role in their rejection of the 1947 UN partition plan and peace proposals in 2000 and 2007, and it has therefore been self-destructive since Palestinians still do not have a state, 71 years after the Jews declared theirs.

The opposition to Jewish nationalism goes something like this: “Even though Jews have over 3,000 years of history on the land, the vast majority of Jews gave up that land when they left. Someone whose ancestors has been living in Europe or North America for generations cannot be considered to have rights on Palestinian land. It makes no sense that a Jewish person born in Europe be considered more worthy of the land than a Palestinian born on that land. Most Jews are in fact more European, American, or Canadian than they are Middle Eastern, so they should go back there and return the land to the Palestinians.”

The opposition to Palestinian nationalism goes something like this: “Even though there were many more Arabs than Jews on Israeli land only two years before Israel declared its independence in May 1948 (a ratio of about 2.3 according to Jewish Virtual Library), most Arabs had a relatively recent history on that land, in most cases of only a couple of generations, so they are more Syrian, Lebanese, Jordanian, or Egyptian, than they are Palestinian. Many Arabs came as migrant workers to work on farms set up by Jews. Palestinians are in fact no different from other Arabs, so they should not be demanding a part of the land of Israel, and they should go live in an Arab country, especially that the Arab world is many times larger than Israel.”

Similarly, despite having left their land (willingly or not) over 71 years ago, Palestinian refugees and the Palestinian diaspora in Europe and elsewhere still have a strong sense of identity. They carry keys as a symbol of the day when they hope to return to the homes that their ancestors left and that they still talk about passionately. Palestinians who live as refugees in Lebanon, Syria, and Jordan dream of coming back home to Palestine. Even exiled Palestinians who do not have the official status of refugees see Palestine as their home. My friend Mohammed Dajani Daoudi told me in response to my article “Trump will end the dream of Palestine, finally” that even if only one Palestinian was left, the dream of Palestine will not end.

The Israel/Palestinian conflict is a conflict of two nationalisms claiming the same land. Neither will give up. The only possible resolution is to partition the land. For each side, denying the other’s nationalism is a defense mechanism, but it is not a successful one. It has clearly not helped the Palestinians, and it is now driving Israel towards a dead-end.

Since the Six Day War when Israel conquered the West Bank, successive Israeli governments have been increasingly painting themselves into a corner by setting up settlements in the West Bank. In 1976, Prime Minister Yitzhak Rabin was well aware of the risk posed by settlements which he called a “cancer”. He said, “I don’t think it will be possible to [settle] over time, unless we want to get to apartheid, with a million-and-a-half Arabs inside the state of Israel”. Israel’s current Prime Minister, Benjamin Netanyahu, on the other hand, promised in March 2015 that if he was re-elected, no Palestinian state would be created. Again in April 2019, he promised that, “A Palestinian state will not be created”. Netanyahu also promised in January 2013 then again in July 2019 then he would never remove settlements from anywhere in the West Bank.

By refusing to freeze settlements construction deep into the West Bank, Israel is making the possibility of a Palestinian state more unlikely every day while at the same time making the possibility of an apartheid Israeli state more likely every day. In the meantime, the Israeli occupation of the West Bank, which is seen by the world and even by many if not most Israelis as potential Palestinian land, continues. Most Israelis know this, yet they still support right-wing parties, and the reason is Palestinian terrorism. Hamas proudly supports terrorism and while President Abbas officially renounces terrorism, he also refuses to stop funding it.

Palestinian President Mahmood has repeatedly said that he considers Palestine to be within “the fourth of June, 1967 borders”, which means Gaza, the West Bank, and East Jerusalem. The outlines of a partition plan are very clear and have been clear for a couple of decades. Already 137 countries recognize a Palestinian state in Gaza, the West Bank, and East Jerusalem. All that is left to do is to negotiate the exact borders, settle the issue of Palestinian refugees, and develop a transition plan.

Such a development, however, will not occur as long as Palestinian terrorists have the upper hand within Palestinian society. Israel will not leave the West Bank in the hands of Palestinians if it means the risk of having a second and much larger base for Hamas or perhaps even ISIS next to the heart of Israel. If the Palestinians want self-determination, they will have to abandon terrorism.

Every time that the Palestinians and their Arab allies attacked Israel, they came out weaker than they went in. The Palestinians have gone from the opportunity of total autonomy on half of Israel / Palestine in the 1947 UN partition plan to the reality of autonomy only in Gaza and semi-autonomy in less than half the West Bank (areas A and B). If there was ever a time that one could say that violence does not pay, this is it. If they choose conciliation, however, Palestinians will find that much of the world is their ally in helping them achieve a just peace.

As much as one wants to support Palestinian nationalism, and many individuals and world leaders do, the best support that can be given to the Palestinians today is to demand that they abandon terrorism and embrace conciliation.

Note: I am proud to add as an addendum a peace proposal written by my friend Mohammed S. Dajani Daoudi, co-founder of Wasatia (Moderation), an organization that promotes peace between Israel and Palestine. He provided this summary peace proposal in a public post on Facebook. 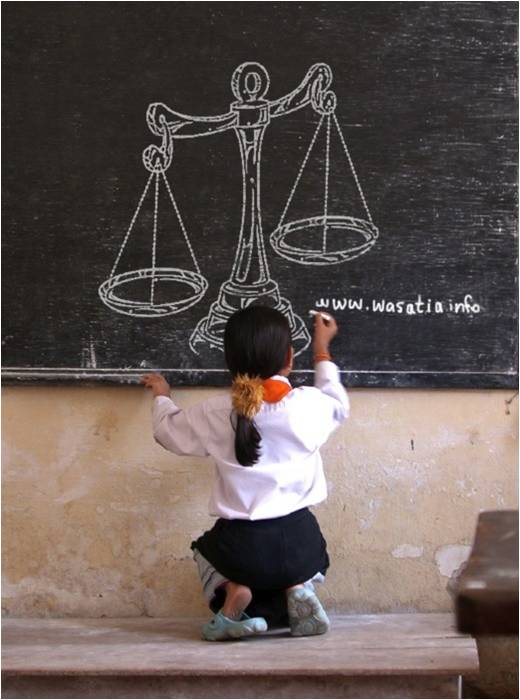 Mohammed S. Dajani Daoudi is co-founder of Wasatia (Moderation), an organization that promotes peace between Israel and Palestine and the Islamic traditions of non-violence and compromise.

Continuing the status quo in the West Bank and Gaza will lead to continual conflict. The status quo is unsustainable. Israel’s denial of Palestinian sovereignty and self-determination violates international law and will gradually undermine the status of the state of Israel in the international arena fueling anti-Semitism globally.

This peace proposal justly solves the most contentious issues of the conflict, including the status of refugees, Jerusalem, borders, and the sovereignty, and self-determination rights of Palestinians and Jews throughout the Holy Land.

This proposal fulfills the Zionist dream of Jewish self-determination in Eretz Israel while defusing the legitimate grievances that fuel Palestinian hatred of Zionism. By accomplishing these feats, the drawing of final borders between Israel and Palestine will be far less contentious since borders will merely designate where Israeli and Palestinian security services operate – not hinder Jews and Palestinians from moving in their historical homeland.

With creative thinking and out-of-the-box fresh ideas, the conflict will come to an end. For the Arab and the Muslim world to accept a Jewish state, Jewish self-determination, and residential rights in the Holy Land, Zionists must reciprocate by recognizing Palestinian sovereignty in the West Bank & Gaza Strip and East Jerusalem.

This reciprocal recognition of sovereignty and self-determination rights in the Holy Land is the premise for Jews and Palestinians to believe once again in compromise, peace, and coexistence.