Christian theologians have been discussing for centuries the question of who was the biological father of Jesus. The New Testament Gospels of Matthew and Luke state explicitly that Joseph was not the father of Jesus and that Mary was already pregnant when they were married.

The commonly accepted view by both Greek and Christian and Jewish scholars states that Mary, at the age of twelve, had been raped by a young Roman soldier named Tiberius Julius Abdes Pantera. He was born in 22 B.C.E. in Sidon, Phoenicia (Lebanon), became a Roman citizen and served as a Roman soldier stationed in Nazareth.

At some time he saw the young Jewish girl Miriam (Mary) walking through the fields and he raped her. There is some dispute whether it was a forced rape or a consensual sexual act since young Mary was attracted to the Roman soldier.

When her pregnancy became known, the rabbis declared her a sotah, an adulteress woman. Her fiancé, Joseph, sought to end his betrothal to her and refused to marry her. An angel, Gabriel, is said to have appeared to him, convincing him to marry Mary for the child to be born would become a savior to his people.

When the baby Jesus (Yeshu) was born, the rabbis declared him a mamzer, a bastard child born of an illicit relationship.
The Talmud makes references to him as Yeshu ben Pantera (Jesus, son of Pantera) and declared officially that Pantera was indeed the biological father.

In the Jerusalem Talmud, Jesus is referred to as “ha hu”…that one. The Babylonian Talmud refers only to Yeshu ben Pantera.

In 177 C.E., the Greek philosopher Celcus agreed with the Jewish concensus and in his book, “The True Word” he wrote that Pantera was definitely the father of Jesus. Origen disputed the claim but the popular belief that Pantera was the father has been accepted by many theologians to this day.

As a mamzer, a child born of rape, he was scorned by the rabbis and by loyal adherents to the Jewish faith. At the synagogue in Capernaum (Kfar Nahum), Jesus probably celebrated his Bar Mitzvah. His drasha, remarks, impressed those who listened to him and it was said that the boy was a prodigy. He asked questions and sought answers, often deviating from the wisdom of the rabbis to interpret the law in a different way.

When he came to the Jerusalem Temple for the feast of Passover, he created a situation which brought condemnation upon him from the Temple priests. Over-turning the tables of the money changers he declared “my Father’s house is not a market-place”. He healed on the Sabbath day which was prohibited by Jewish law. He befriended the Samaritans who had been rejected by rabbinic Judaism, and his miracles were considered Egyptian magic which he may have learned in his childhood in Egypt.

He believed himself to be the son of God when such a thought was anathema to all strains of Jewish belief and thought. He was not a prophet and by that concept he offended the Jews and violated written law which states that Malachi was the seal of the prophets and that no further prophecy could exist in Israel. “Beware of false prophets and false messiahs”. And since his death, Jews have had their share of too many self-proclaimed messiahs, only deceiving their fellow Jews.

Jesus did not found a new religion. He was born and died a Jew. The movement of early Christianity was created by Saul (Paul) of Tarsus, the only disciple who never met nor heard the voice of Jesus. Paul’s letters to the Gentiles were inspiring. He claimed that anyone could become a Jew without observing the rituals of circumcision and dietary laws.

By doing so, by abolishing Jewish religious practice, Paul won over the Greeks who refused to be circumcised and he declared, concerning the dietary laws, that it is less important what goes into one’s stomach and more important what comes forth from the heart.

Yeshu ben Pantera met his cruel death at the age of 30-32, crucified at Golgotha by orders of the Roman governor of Judea, Pontius Pilate.

And Pantera never lived to see the prodigal son whom he had fathered. 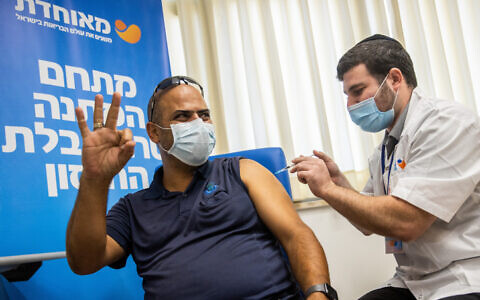 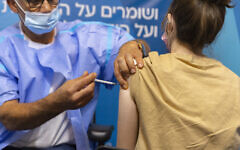