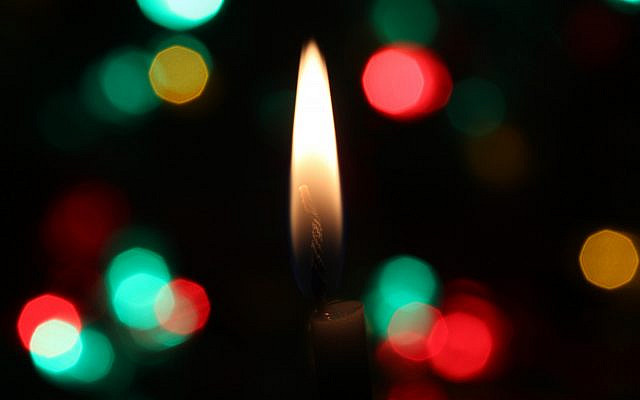 Christmas is difficult for Jews at the best of times. The forced bonhomie, avalanche of cards with sacred images, the endless parties and apparent obligation to sip sherry are all part of the holiday season experience but not our own. One of my office duties has been to order the office cards, fix the party venue and menu and make sure the Secret Santa is in hand.

It seemed to me that one of the few benefits of living through a pandemic was that social if not sacred Christmas would be cancelled and all these familiar rituals bypassed. That has now happened, but the clamour for Christmas normality before Tier 4 was intense.

For weeks, as the infection and deaths from coronavirus accelerated, the determination to save the holiday grew louder. Quietly, I was reminded how little knowledge and sympathy there was for postponed seder celebrations, stripped down Rosh Hashanah and Yom Kippur not to mention a locked down Ramadan and Diwali.

The Christmas dilemma for most of us brought up in the secular world can be intense. For those Jewish families living in parts of north London and Manchester and sending their children to Jewish schools, it is possible to shield. That is, unless one turns on the TV or radio or heads to the supermarket or shopping centre where it is impossible to escape the jollity.

It has always been good fortune for Jewish families that our own more ancient festival of Chanukah often falls in this season. The rituals of lights, dreidel spinning, gelt, latkes and doughnuts provide a wonderful alternative. But somehow the joyousness and music lacks the grandeur of its Christian counterpart.

Indeed, many in Anglo-Jewry seek the best of both worlds. A couple of years back, I was invited to take part in the singular honour of reading a lesson at the journalists annual carol concert at St Bride’s Church off Fleet Street. Before accepting the mitzvah, I made two requests: my reading should be from the Old Testament (the curate came up with a section from Isaiah on the coming of the Messiah!) and I didn’t have to bow to vestry. Both asks were respected.

In Britain, Jews are used to navigating this stuff. In the past, many of the family gatherings over the holiday included the turkey or goose dinners without the festive crackers and bacon. I remember that my father, as a kosher butcher, was as busy with turkeys at Christmas as he was with poultry over the High Holy Days. Parallel traditions, living side by side, were brilliantly represented in Tom Stoppard’s play, Leopoldstadt where, in pre-war Austria, the Chanukiah was temporarily perched on the top of an oversized Christmas tree.

Growing up in Brighton, my brother and I and friends had our own holiday rituals. As long as Boxing Day didn’t clash with Shabbat, it was a trip to Hove Greyhound Stadium in the morning, lunch at home before heading to the old Goldstone Ground to watch Brighton & Hove Albion play. Years later, when we would visit my in-laws in Cardiff, it became a tradition to drive the short distance to Caerphilly Castle to watch huntsmen, in their bright red coats, sipping hot toddies as the restless hounds awaited the sound of the bugle.

This year, we had a new dilemma. In our largely non-Jewish street, the neighbourhood app, which has grown to maturity in the pandemic, suggested everyone brighten their lives with fairy lights in the front garden. As the lights went on up and down the street, our darkened house, on the eve of Chanukah, was the odd one out. My response was a visit to Amazon, some blue lights in the bushes, which would be lit for the duration of our festival.

That is another one of those compromises we all make as we seek to affiliate, not assimilate, with the society around us.  Happy holidays, keep well and a healthy 2021.