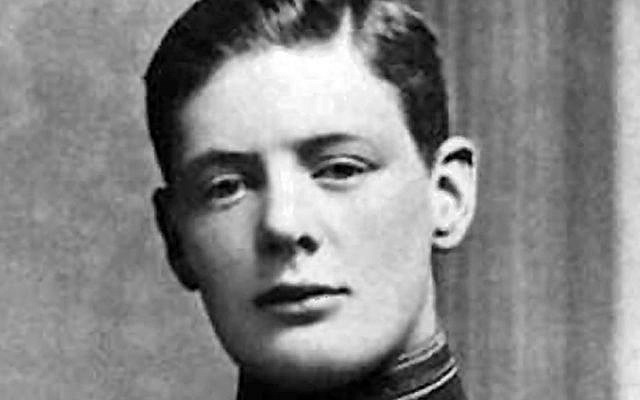 Winston Churchill as a young soldier, 1895. Image purchased for this commentary on alamy.com

“Now this is not the end. It is not even the beginning of the end. but it is, perhaps, the end of the beginning.” Winston Churchill.

Winston Churchill wrote these words in 1942 when Britain had just secured a victory against Nazi Germany after many losses. His words are apt for the opening of the first chapter of the second book of the Torah, Exodus!  This book describes the long period of Israelite slavery in Egypt and maps (literally) their liberation and exodus. In this book, the patriarchs are long deceased and are both forgotten and remembered at different times.  Moses, a new actor, a new character, emerges and the rest of the Torah accompanies him until his death (in the last book of the Torah).  The book of Exodus is a crucible, a forge, in which Judaism itself is, in many ways, born. Humanity emerges free of the natural world and is forced to wrestle with morality, free will and the complicated tension between its animal, emotional and spiritual needs.  In this book, as Rabbi Gunther Plaut notes, we move from legend to history.

Here are my highlights in this chapter:
1. The chapter tip-toes to its real beginning. Starting with a review of Jacob’s family and, in one line, the death of Joseph. But the real beginning of the chapter are the chilling lines starting with verse 8:
A new king arose over Egypt who did not know Joseph. And he said to his people, “Look, the Israelite people are much too numerous for us. Let us deal shrewdly with them, so that they may not increase; otherwise in the event of war they may join our enemies in fighting against us and rise from the ground.” (Exodus 1:8-10)

When administrations, governments or regimes change, there is always a risk of upheaval if not revolution. This is true in democratic and autocratic countries alike (one has only to think of the transitions in the United States from George W. Bush to Barack Obama to Donald Trump in the office of President).  Often (but not always), these transitions have been deleterious for Jews (the nomination of Adolf Hitler as chancellor of Germany in 1933 being the most painful recent example).  Pharaoh’s description of the Israelites as enemies from within gave birth to the idea of a “fifth column” and has been used to persecute people of many backgrounds throughout history and in many countries.

2. The Israelites are enslaved and forced into harsh labor. The Egyptians ruthlessly imposed upon the Israelites the various labors that they made them perform. Ruthlessly they made life bitter for them with harsh labor at mortar and bricks and with all sorts of tasks in the field. (Exodus 1:13-14)

3. Moses is born. Who is he really (part 1)?
A certain man of the house of Levi went and married a Levite woman. The woman conceived and bore a son; and when she saw how beautiful he was, she hid him for three months. When she could hide him no longer, she got a wicker basket for him and caulked it with bitumen and pitch. She put the child into it and placed it among the reeds by the bank of the Nile. And his sister stationed herself at a distance, to learn what would befall him. The daughter of Pharaoh came down to bathe in the Nile, while her maidens walked along the Nile. She spied the basket among the reeds and sent her slave girl to fetch it. When she opened it, she saw that it was a child, a boy crying. She took pity on it and said, “This must be a Hebrew child.” Then his sister said to Pharaoh’s daughter, “Shall I go and get you a Hebrew nurse to suckle the child for you?” And Pharaoh’s daughter answered, “Yes.” So the girl went and called the child’s mother. And Pharaoh’s daughter said to her, “Take this child and nurse it for me, and I will pay your wages.” So the woman took the child and nursed it. When the child grew up, she brought him to Pharaoh’s daughter, who made him her son. She named him Moses, explaining, “I drew him out of the water.” (Exodus 2:1-10)

From my point of view, this is a very strange story.  Why are Moses’s parents not named? And who is the sister (also not named)? Is the boy really an Israelite? Note the similarity between Moses and Ishmael : both left by their mothers to die (the one in the water and the other in the wilderness). Is the story created, in part, to graft Moses into the Israelite family?  When Moses flees to Midian and meets his future wife she describes him as “Egyptian” (Exodus 2:19).

The great “rabbi” Sigmund Freud wrote a seminal monograph “Moses and Monotheism” postulating that Moses was an Egyptian royal who, as he grew up, came to the understanding that the “gods” were natural phenomena (sun, moon, wind, rain, fire) but that man (humanity) was blessed with free will.  From this understanding he, Moses, built a following that became the Jewish people.  Moses was followed in this way, several centuries later, and in a different culture by Gautama Buddha, better known simply as Buddha.
Read about Freud’s creative thoughts about Moses here.
Read about Gautama Buddha here. 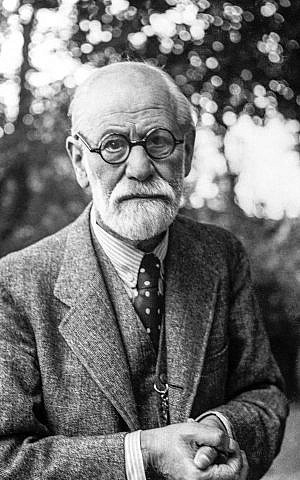 Sigmund Freud. Rights to publish this image purchased from Alamy.com.

4. Who is Moses, (part 2)?: Moses is driven by great anger.  He murders an Egyptian supervisor when he sees the supervisor mistreating two Israelites, he smashes the tablets when he sees the Israelites worshiping a golden calf, he strikes his staff against the rock before given permission by Gd to draw water (all in later chapters). He is nearly always (but not always) angry.

Some time after that, when Moses had grown up, he went out to his kinsfolk and witnessed their labors. He saw an Egyptian beating a Hebrew, one of his kinsmen.  He turned this way and that and, seeing no one about, he struck down the Egyptian and hid him in the sand. (Exodus 2:11-12)

Anger and leadership (dominance) are related personality traits.  And they are related too in the service of justice.  Great leaders are often driven by anger (and a sense of justice).  The Romans and Greeks described these relationships noting four basic personalities (earth, wind, fire and water). Read more here.

5. Who is Moses (part 3)?
I am skipping ahead to the weirdest passage in the entire Torah.
At a night encampment on the way, the LORD encountered him and sought to kill him.  So Zipporah took a flint and cut off her son’s foreskin, and touched his legs with it, saying, “You are truly a bridegroom of blood to me!” And when He let him alone, she added, “A bridegroom of blood because of the circumcision.” (Exodus 4:24-26).

The pronouns in this text are so confused (at least in English) that it is not clear at all who “him” is nor what really happens here. Zipporah is Moses’s wife. There is commentary suggesting that Moses himself was not yet circumcised (see the story of his birth) and that his wife circumcises him to make him acceptable to the Israelites. In other words, Moses was, in fact, Egyptian. (PS this is another story about a strong woman taking matters into her own hands, very literally in this case).

6. Moses encounters Gd. But who is Gd?
Moses encounters Gd at the famous burning bush. Later they have this conversation:
Now the cry of the Israelites has reached Me; moreover, I have seen how the Egyptians oppress them.  Come, therefore, I will send you to Pharaoh, and you shall free My people, the Israelites, from Egypt.”  But Moses said to God, “Who am I that I should go to Pharaoh and free the Israelites from Egypt?” And He said, “I will be with you; that shall be your sign that it was I who sent you. And when you have freed the people from Egypt, you shall worship God at this mountain.” Moses said to God, “When I come to the Israelites and say to them, ‘The God of your fathers has sent me to you,’ and they ask me, ‘What is His name?’ what shall I say to them?” And God said to Moses, “Ehyeh-Asher-Ehyeh.” He continued, “Thus shall you say to the Israelites, ‘Ehyeh sent me to you.’” And God said further to Moses, “Thus shall you speak to the Israelites: The LORD, the God of your fathers, the God of Abraham, the God of Isaac, and the God of Jacob, has sent me to you: This shall be My name forever, This My appellation for all eternity. (Exodus 3:9-15).

I love this conversation.  Basically, Moses asks Gd, “who am I” and then quickly asks Gd “And, by the way, who are you?“.  Two fundamental questions in any and every relationship!  And as so often the Torah is brilliant and completely understated!  Gd’s answer is important.  Gd basically tells Moses that Gd has no name. “I am who I am”.  In short, the definition of Gd is the verb in English “to be”, in French “etre”, in Spanish “ser” and in Hebrew “להיות” and the same in all other languages.  Gd is “being” – plainly and simply. Rabbi Edward Feinstein has noted that יהוה YHVH (the “name” of Gd in this verse)  is, simply, the sound of our breath, the sound of our breathing, the sound of our life and our lives.  In short, to believe in life is to believe in Gd.

Moses and Joseph
Moses and Joseph are very similar: both are “princes of Egypt”, both marry non-Israelite women, both rescue the Israelites but neither is a patriarch (neither is recognized as “family”), both bear Egyptian names, both die alone without family.

The story of Moses was retold by Jeffrey Katzenberg as an animated feature.

Author’s note: the images of Sigmund Freud and Winston Churchill are free of copyright restrictions and were purchased for use in this blog on Alamy.com.