Screenplay synopsis, Part 3:
When we left our heroes, Benjamin, the youngest son was in the custody of Joseph. This chapter opens with Judah pleading for Benjamin’s life and for the life of their father Jacob.  Judah offers to substitute himself for Benjamin as Joseph’s captive fearing that if the boys return to their father without Benjamin, Jacob will die of grief. Joseph is overcome with emotion and reveals himself to his brothers who are stunned and speechless.  Joseph sends them back home to pick up their father and to return to Egypt. Jacob is overjoyed when he learns his son, Joseph, is alive and quickly makes plans to return with his sons (PS. where is Dinah?).  Jacob arrives in Egypt with his family and Joseph introduces him to Pharoah.  Pharoah grants Jacob’s family choice real-estate in Egypt. The famine becomes increasingly severe and Egypt’s population demonstrates for food.  Joseph responds by offering food in exchange for their land and consolidates absolute power for the central government (aka Pharoah). Jacob and his family (and entire Israelite community) move to and settle in Egypt (Uh oh!).

There are so many good lines and scenes in this chapter that I cannot do them all justice in this commentary and I must get to important subjects and the casting. Here are important highlights that will come to the “screen”:

1. Judah’s Speech.
This is Shakespeare before Shakespeare.  It is a brilliant appeal to Joseph by his brother (though Judah does not know yet that Joseph is his brother). The end of Judah’s appeal put Joseph over the top. He offers himself in place of Benjamin in order to save their father from dying of grief.

“Now, if I come to your servant my father and the boy is not with us—since his own life is so bound up with his—when he sees that the boy is not with us, he will die, and your servants will send the white head of your servant our father down to Sheol (aka “hell”) in grief. Now your servant has pledged himself for the boy to my father, saying, ‘If I do not bring him back to you, I shall stand guilty before my father forever.’ Therefore, please let your servant remain as a slave to my lord instead of the boy, and let the boy go back with his brothers.  For how can I go back to my father unless the boy is with me? Let me not be witness to the woe that would overtake my father!” (GEN 44:30-34)
Read the entire speech here: https://www.sefaria.org/Genesis.44.17-34?lang=bi&aliyot=02.

2. Joseph breaks down.
Joseph is so moved by Judah’s speech that he breaks down completely. He sobs, he screams, he wails. The Torah lets us hear his pain in full and it is very painful.

Joseph could no longer control himself before all his attendants, and he cried out, “Have everyone withdraw from me!” So there was no one else about when Joseph made himself known to his brothers. His sobs were so loud that the Egyptians could hear, and so the news reached Pharaoh’s palace. (GEN 45:1-2)

3. Joseph reveals himself.
Joseph said to his brothers, “I am Joseph. Is my father still well?” But his brothers could not answer him, so dumbfounded were they on account of him. (GEN 45:3).

Wow!  “I AM JOSEPH”. These may be among the three most powerful words ever written.

4. Jacob learns the news and plans to travel to Egypt.
I am going to move fast now to the end of the chapter (and skip some important notes…maybe for next year).  Jacob learns that Joseph when the boys return. And they (the sons) told him, “Joseph is still alive; yes, he is ruler over the whole land of Egypt.” His heart went numb, for he did not believe them. But when they recounted all that Joseph had said to them, and when he saw the wagons that Joseph had sent to transport him, the spirit of their father Jacob revived. “Enough!” said Israel. “My son Joseph is still alive! I must go and see him before I die.” GEN 45:25-28)

Again, let’s just note the Torah’s powerful language: “ENOUGH….I MUST GO SEE HIM BEFORE I DIE”.

Jacob travels to Egypt and, on the way, has another dream.  This is his third major dream and it links him to his son Joseph, also a dreamer.  Here is the text: https://www.sefaria.org/Genesis.46.2-3?lang=bi&aliyot=0

5. The “descent” to Egypt and Joseph’s consolidation of power.
Jacob, his family and his entire community move to Egypt.  It’s a major emigration.  When he arrives, Joseph introduces his father, Jacob, to his boss, Pharaoh, and the two speak.  Pharoah pledges to protect Jacob and his family and welcomes them to Egypt. At the same time, the severe famine has people lined up at “soup stations” to get food and beg Joseph for a solution.  He offers them food in exchange for their land and the people (the Egyptians) willingly accept the bargain. In short, as Esau sold his birthright to Jacob (Joseph’s father), the people of Egypt sell their birthright (their inheritance and property) to Joseph.  It is a chilling parallel!  Joseph becomes an autocrat (with good intentions and results but still an autocrat).

So Joseph gained possession of all the farmland of Egypt for Pharaoh, every Egyptian having sold his field because the famine was too much for them; thus the land passed over to Pharaoh. And he removed the population town by town, from one end of Egypt’s border to the other. (GEN 47:20-21)And, finally, as the chapter ends, all of the Israelite community moves to Egypt: Thus Israel settled in the country of Egypt, in the region of Goshen; they acquired holdings in it, and were fertile and increased greatly. (GEN 47:27)

THE TAKEAWAYS AND THE CASTING:
1. Before the rest, you must read the brilliant essay by David Meltzer, Professor of Anthropology at Southern Methodist University about birth order in Jacob’s family.  Skip the technical formulae and read Meltzer’s “drash”.  It is incisive and sheds a powerful spotlight on the relationship among the brothers born of different mothers (four wives of Jacob in all) and why they behaved as they did. Attached here:
Meltzer 2002 The children of Jacob Using evolutionary biology to explore Genesis

2. Joseph: the Amidah (prayer) and Assimilation: I will address these topics next week.

3. Joseph’s sexuality.
I am grateful to three friends, Jose Oliver in Paris, Jeffrey Rosenberg in New York and Rabbi Ariel Pollak here in Tel Aviv for pointing out to me that Joseph was perhaps (probably) “gay” (the term was not in use then of course). Obviously my own “gaydar” was not working well!
Here’s the “evidence”:

The rabbis note that Joseph liked to paint his eyes and fussed endlessly over his hair.  And there is discussion about the colored “tunic” which may have been, in fact, a dress!  Joseph’s dreams mock his brothers’ masculinity.  As Joseph told them :There we were binding sheaves in the field, when suddenly my sheaf stood up and remained upright; then your sheaves gathered around and bowed low to my sheaf.” (GEN 37:7). The brothers therefore hated Joseph for being “queer” and the dream which basically tells the “straight” brothers that their “queer” brother is more potent than they enrages them. And some surmise that Joseph refused the advances of Potiphar’s wife not because he was righteous but because, simply, he did not want to sleep with a woman.

THE CASTING
For this episode I am casting (The late) Lord Rabbi Jonathan Sacks as Jacob, the great Shakespearean actor, Liev Schreiber, as Judah, the amazing, talented (and Jewish and gay) Troye Sivan, as a young Joseph and, thanks to Broadway producer, Stuart Wilk, for his brilliant recommendation : Leslie Jones as Pharaoh. 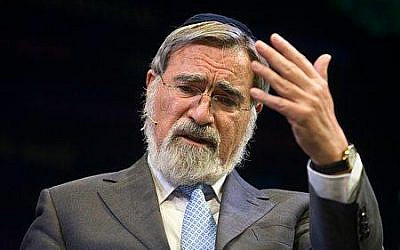 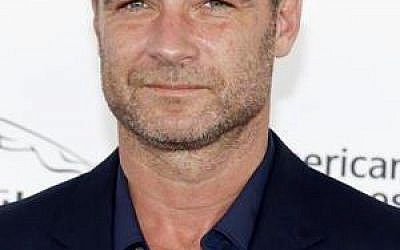 Liev Schreiber at the 2016 Film Independent Spirit Awards held at the Santa Monica Beach in Santa Monica, USA on February 27, 2016. 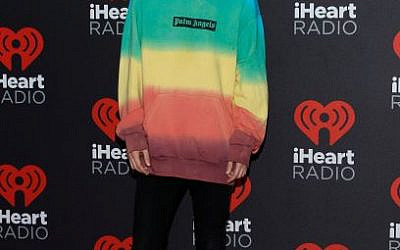 Troye Sivan in a multicolor coat! 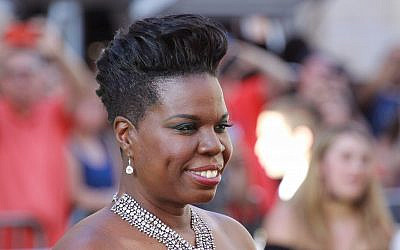 Author’s note: The rights to use all photographs in this commentary have been purchased through Alamy.com.