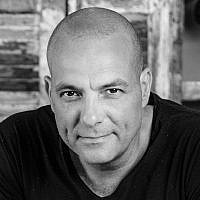 For years, I’ve watched startups drop like flies because of poor management of entrepreneurs who insisted on staying on as CEOs (or some other executive role), while they should have risen above their egos and handed over the reins to someone more competent.

A situation where the person who came up with the original idea for the company insists on being its CEO, despite the fact that they’re not up for the job, is very common. It’s actually one of the more difficult problems of the VC world. It just so happens that in this week’s Parasha we meet Moshe, a legendary entrepreneur who was able to shed his ego and move over to make room for Aaron, the more worthy person for the role of CEO.

When God reveals himself to Moses in the burning bush and charges him with the responsibility of shepherding the Israelites from slavery in Egypt to freedom, Moses objects. He insists that God sends someone else in his stead:

Moses answered and said, Behold they will not believe me, and they will not heed my voice: […] I beseech You, O Lord, send now with whom You would send.

The two continue to argue until God relents and names Aaron as Moses’ partner, to be his right hand man and speak on his behalf:

And he will speak for you to the people, and it will be that he will be your speaker, and you will be his leader.

I remember how surprised I was as a child by Moses’ relentlessness. It seemed to me that, much like Jacob, he too was trying to escape his purpose. I was bewildered as to why God had to use an assortment of events and marvels to prove to him that he is the chosen leader. But today, after having met hundreds of entrepreneurs, I’ve come to see things in a different light.

One of the things I appreciate most in an entrepreneur is the quality of being aware of their own limitations. And, consequently, their willingness to make the right decisions for the company. Like them, Moses’ greatness is in his acceptance of himself. He has a deep understanding of himself, and knows that he does not possess all the skills necessary to lead the Israelites to the Promised Land. He is appeased only after God promises to place Aaron by his side.

But what are Moses’ self-proclaimed drawbacks?

In his argument with God, Moses repeatedly expresses his concern regarding his communication skills:

I am not a man of words, neither from yesterday nor from the day before yesterday, nor from the time You have spoken to Your servant, for I am heavy of mouth and heavy of tongue.

What does “heavy of mouth and heavy of tongue” mean? Many interpreters attribute this to a cleft lip or a stammer. Others to the fact that Moses was not raised among the Israelites but rather in the house of Pharaoh’s daughter, and so he was not familiar with their language nor their ways.

When I look at the “heavy mouth” expression through an entrepreneurial lens, when I consider Moses’ concerns as an investor, I get the sense that he is indeed willing to accept the entrepreneurial destiny God assigns him, but with the apprehension that he is lacking the necessary managerial skills to see the vision through. He was not gifted with those qualities and character traits that characterize CEOs, more than they do entrepreneurs or visionaries.

In his argument with God, Moses is not so much trying to escape his destiny as it is important to him to say things as they are and he only agrees to move forward after God gives him a worthy partner that would fill that gap. By acknowledging his weaknesses, he prioritizes the good of the company over his own pride.

It is rare for the same person to be able to fill both the entrepreneur and the CEO seat throughout the life of the company. The differences between the two roles almost always require a different person with a different skill set for each. Entrepreneurs are driven by emotion, CEOs by logic; entrepreneurs were made to break the mold, CEOs acknowledge their significance; entrepreneurs are dreamers, CEOs keep their feet firmly on the ground.

Jeff Bezos, for example, who is the founder, executive chairman, and former president and CEO of Amazon, is the exception that proves the rule. In some cases, it makes sense for the entrepreneur to also serve as the CEO in the early stages of the company; then as the company grows they step aside for someone whose character and skills are more appropriate. In other cases, the entrepreneur should not be CEO for even one minute. Those are unfortunate and painful situations. Many times it only took me a few minutes to realize that the entrepreneur standing in front of me, a smart visionary, will never be able to raise a single dollar. Forcing the entrepreneur out of the CEO seat is not always possible, and always extremely awkward, involving endless complexities that drive the startup’s chances of success way down.

When we are willing to set aside our egos and open our hearts to cooperation and co-management, then an opportunity opens up for each member of the team to manifest their greatness in such a way that everyone feels fulfilled and the company is that much better for it. A CEO’s greatness is not measured by how many things they are good at. Rather, it is measured by the extent to which they know what they’re not good at! And by doing the right thing for the company and bringing out the best out of each team member – whether it’s the developer, the CFO or anyone else on the team.