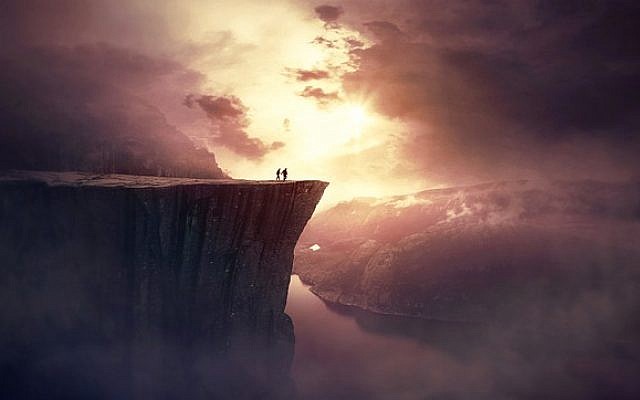 Image by Stefan Keller from Pixabay.

Parashat Terumah is the first of several dealing with the construction of the Mishkan. Often translated as Tabernacle, the word Mishkan (משכן) comes from the root “to dwell”:

The rest of the book of Shemot (Exodus) will deal with the building of this magnificent portable sanctuary and its accoutrements.  Architecturally, the Mishkan was modeled after a structure that would have powerful associations to the Israelites: the traveling tent of Pharaoh. The presence of the Mishkan at the heart of the Israelite encampments would be a constant reminder that the true King dwelt in their midst.

In the courtyard of the Mishkan, upon a great altar clad in bronze, Aharon and his sons would offer sacrifices daily on behalf of the people. The richly appointed “Tent of the King” would serve as a focal point for communion with God throughout the wanderings in the desert.

The altar of earth

And yet, only two weeks ago, at the end of parashat Yitro, we read a very different set of instructions:

The Mishkan, by contrast, is a conscious work of human artifice. The types of work needed to construct it even serve as the model for מלאכה מחשבת—deliberate crafting—the type of work that is prohibited on Shabbat.

How are we to reconcile the need for this elaborate structure to house God’s presence with the instructions to worship Him using a simple altar of earth?

It would seem that here we’re dealing with two very different types of encounter with the divine. In the case of the earthen altar, God’s presence is sought, but never guaranteed. The human worshipper is constantly aware of the gulf that separates him or her from the infinite glory of God. The modest altar only makes the gap between human and divine that much starker: God is utterly beyond us, and no artifice of ours can contain Him.

By contrast, the Mishkan is built to serve as a physical “house” for that aspect of God which the Torah terms His “kavod”. The word is often translated as “glory” or “honor”, but comes from a root meaning “heavy” or “consequential”. Once the Mishkan is complete, we are told that this aspect of God fills the inner sanctum of the Mishkan:  “The cloud (anan) covered the Tent of Meeting, and the glory (kavod) of Hashem filled the Mishkan.” (Shemot 40:34)

In modern philosophical terminology, we might say that the encounter at the altar of earth emphasizes God’s transcendence—His otherness. By contrast, the Mishkan is meant to symbolize God’s immanence, or closeness.

What is the link between these two visions of God: the transcendent and the immanent? In attempting to reconcile these two very different types of encounter, it may be helpful to look at what comes in between. How does the Torah itself bridge this gap?

The answer, interestingly enough is Parashat Mishpatim! The laws presented there are primarily those that deal with human interactions: beginning, significantly with the fair treatment of the very weakest members of society, the indentured servant and the slave. While slaves in the ancient world had no rights at all, and were treated as property, the Torah mandated that any slave who was ill-treated enough to sustain the loss of an eye or a tooth was to be set free. In fact, the halakhic punishment for murder is derived from the law to avenge the murder of a slave!

Elsewhere in Mishpatim, we find laws specifically meant to protect those who may not normally have recourse to the courts: “Do not oppress a widow or orphan, for if they cry out to me, I will hear!”

Thus, the gap between the transcendent God, who is beyond the reach of human artifice, and the immanent God, who chooses to dwell among the people of Israel, runs directly through the laws governing how we deal with one another. In putting the laws of Mishpatim between the command to build the altar of earth and the command to build the Mishkan, the Torah teaches us how to bridge the unbridgeable gap:  We bring God near when we ensure justice and equity for all.

There is a word for this bridging of the gap between transcendence and immanence. That word is Kedushah, holiness.