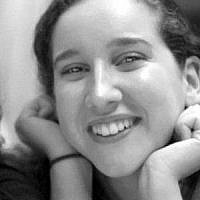 The Blogs
Tamara Elashvili
Apply for a Blog
Advertisement
Please note that the posts on The Blogs are contributed by third parties. The opinions, facts and any media content in them are presented solely by the authors, and neither The Times of Israel nor its partners assume any responsibility for them. Please contact us in case of abuse. In case of abuse,
Report this post.

Pardon me if I lose my cool. Pardon me for my frustration. Pardon me for my constant posts. Pardon me for my anger.  Pardon me if I am not at the height of tolerance for your political opinions. Pardon me if I feel that I am the one most suited to judge my own region’s policies -not you. Not you, sitting comfortably miles away, sipping tea, reading the New York Times. Not you -dear enlightened politicians – who have allowed with your weak foreign policy – tax dollars go to a terrorist organization. And definitely not you – people on facebook congratulating each other on your identical political views -which all of a sudden you are now an expert.I am, like most everyone I know, a bit on edge. I have not slept like a proper human being for a month now. The kidnappings, deaths, rioting, bombs, and war do that. I,  like everyone, try to laugh everything off, as much as possible. But when 4 in morning rolls around and I am frantically still checking the news because I can’t sleep, the laughter fades away.The laughter fades away when I think about my 11 year old niece running to her home’s bomb shelter.The laughter fades away when my husband’s brother, Joshie, has to run out in the morning, to print out pictures of the family to put up in his tank because he has been called up…a day after he was supposed to be released from the army.The laughter fades away.The laughter fades away when my husband tells me that he wishes he didn’t have type 1 diabetes -not for himself -but so he can protect his younger brother on the front-lines. And me quietly thanking God that he can’t.The images of the masses protesting in London, Boston, Paris, all around the world against my home, my people, my brothers-in-arms – sets my blood on fire. I have to go to work. Focus. Bomb is shot down over Ashdod, where my aunts and uncles live. Breathe.Siren goes off. Wake up. Don’t post too much about rockets falling- people will zone you out – they don’t care all that much. Maybe I should post soccer scores or pictures of cats instead. Rockets head towards Haifa at 3 in the morning. Call your sister. Rockets head towards Modi’in. Laugh it off. Call your other sister. Make fun of how stupid the new operation’s name “Protective Edge” is -sounds like a name for a condom. Keep calm. Don’t think. Go to work. Focus. Exchange stories of worry and laughter over coffee. Don’t look at the news again. Don’t think about the soldiers in Gaza. Don’t think about Joshie in his tank- with his laminated photos of us. Focus.

Think about how many people sent you messages of support and to stay safe. Don’t think about the hypocrisy of the world, people’s priorities, and the deafening silence of our allies. Focus. Breathe. Try writing…that always helps.Okay. Maybe one last post.

About the Author
I grew up in Baltimore, the last of five girls born to two parents who escaped Soviet Russia. After I graduated Emory University, I made aliyah and served in the IAF. Now I am studying for my master's degree in International Relations at Hebrew University.
Related Topics
Related Posts
Comments