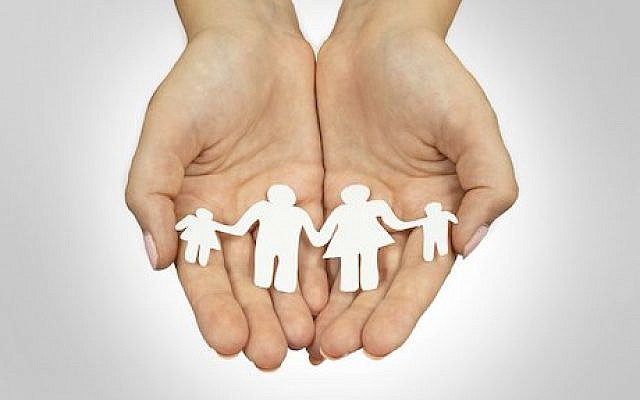 I want to say something that might sound a little shocking. When it comes to child-rearing and parenting, I believe that two parents should not speak in the same voice, at least not all the time, and at least not between themselves. What do I mean by this?

In Ki Teitzei, we read about a son who is brought by his mother and father to the court because his parents cannot control his rebellious ways. In the Torah’s telling, the court executes the child because he is headed down a path that will ultimately result in a life of violent crime. The horror and injustice of this story prompts the Rabbis to state that such a punishment was never meted out in real life, and that this passage exists in the Torah only for the sake of the lessons that it has to teach.

But how did the court avoid actually acting on this law? And what are those lessons that we are supposed to be learning?

One set of answers can be found in Rabbi Yehudah’s statement in Talmud Sanhedrin (71a). Rabbi Yehuda states that a child cannot be found guilty of being a rebellious son unless both his mother and father have the exact same voice. His belief is based on the verse: “He does not listen to our voice”–a voice that is equally shared between the two of them.

This statement is often understood to mean that the voices literally sound the same. A person can tell whether it is one’s father or the mother speaking. Since it will never happen that the sound of a person’s parents’ voices will be identical, no child will ever be legally deemed to be a rebellious son.

The 16th-century Polish commentator Maharsha offers a different interpretation and a deep insight. For him, what is at issue here is not the sound of the parents’ voices, but the content of what they are saying. The case of a rebellious son can only occur, and such a child can only be brought to court, if the parents are speaking with same, single voice. Only if both mother and father assess the facts of his behavior identically, fully agree that the root cause is characterological and intractable and that he will end up living a life of violent crime, and then, only if they agree that the sole solution is to bring their son to the court to have him executed, will the case as described in the Torah ever occur. It is shocking enough to imagine that one parent would come to such a conclusion, but to imagine that both would, and would do so in one voice, in a way in which there was no air between their two opinions, is truly unfathomable. This is why, says Maharsha, the case of the rebellious child never actually happened in real life

A shared, single voice is something to be wary of in parenting and in decision-making in general. When there are no dissents, when only one, consensus voice is being heard, then someone is being silenced, and questions and perspectives which are necessary to consider are being ignored. In a rabbinical court, when the deliberations open with everyone finding the defendant guilty, he is let go. If all its members have such shared tunnel vision, there is no hope that the court can fully get to the truth and nuances of the case. Better to let a guilty man go free than to risk an innocent man being found guilty by a court that can only see through one set of eyes and that can only speak in one voice.

Presenting a shared, unified front to one’s children, once a decision has been made, is a wise parenting policy. Children should not learn to play one parent off the other or to work around one parent by going to the one from whom they can hope to get the “better” answer. But that is after the parents have had a chance to discuss the issue among themselves. In those discussions away from the children, multiple voices need be heard. If both parents are always on exactly the same page as to how to assess a given situation and how to best handle it, then rest assured that one of their voices is being silenced. if they speak in exactly one voice, then they are only speaking in the voice of one of them.

Critical perspectives, alternative solutions, and a general orientation towards openness, flexibility, and nuance, should never be sacrificed on the altar of (false) consensus. When we do so, we rob ourselves of our roles as parents and–more consequentially–we rob our children of the parenting that we can provide them.

As parents, we must strive to speak neither in a cacophony of sounds nor in a monotone, but with our distinct voices coming together symphonically. “Hear my child the instruction of your father and do not abandon the Torah of your mother” (Prov. 1:8).