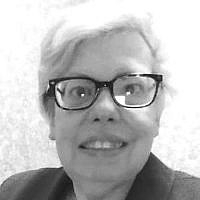 Dr. King often referred to the Exodus narrative in his speeches.

Reading the text of Bo, I have been mulling the phrase “כִּֽי־אֲנִ֞י הִכְבַּ֤דְתִּי אֶת־לִבּוֹ֙ וְאֶת־לֵ֣ב עֲבָדָ֔יו” which translates to “For I have hardened his [Pharoah’s] heart and the hearts of his courtiers…”. The root כבד translates not only as “hard” but also as “liver”. “The longer liver is cooked, the harder it becomes. Pharaoh’s heart was like a piece of liver; as the Ten Plagues progressed, it just got harder and more rigid… (HaDrash Veha’Iyun)” [http://www.lchaimweekly.org/lchaim/5760/602.htm –L’Chaim –January 14, 2000 – 7 Shevat, 5760 — 602: Bo]

The America that Martin Luther King, Jr. entered in 1929 and lived in for only 39 short years was filled with too many white people, both government officials and average citizens whose hearts were hardened — many with blind hated. There were too many who were apathetic… indifferent to the suffering of our African American brothers and sisters. [Rabbi Bradley Artson uses the word “indifference” in his Torah commentary “Bo 5765” [https://www.aju.edu/ziegler-school-rabbinic-studies/our-torah/back-issues/shabbat-parshat-bo] posted on January 15, 1980.

This indifference continues today. It exists between races, ethnic groups, religions, and among those who will not recognize LGBTQIA individuals.

Att the meeting of the newly-formed Montgomery Improvement Association (MIA) in 1955,  Dr. King was nominated and unanimously elected president of the organization. He wrote in his autobiography “The action had caught me unawares. It had happened so quickly that I did not even have time to think it through. It is probable that if I had, I would have declined the nomination. They probably picked me because I had not been in town long enough to be identified with any particular group or clique. Just three weeks before, several members of the local chapter of the NAACP had urged me to run for the presidency of that organization, assuring me that I was certain of election. After my wife and I discussed the matter, we agreed that I should not then take on any heavy community responsibilities, since I had so recently finished my thesis, and needed to give more attention to my church work. Coretta’s opposition probably resulted in one of the luckiest decisions of my life. For when the bus protest movement broke out, I would hardly have been able to accept the presidency of the Montgomery Improvement Association without lending weight to the oft-made white contention that the whole thing was an NAACP conspiracy.”

How often do we take time to think things through and then NOT act to combat and correct injustice?

About the Author
I am a librarian, folklorist and author living in New Jersey. I was brought up in both Orthodox & Conservative shuls. As a married woman I have been very active in both Conservative & Reform shuls.
Comments