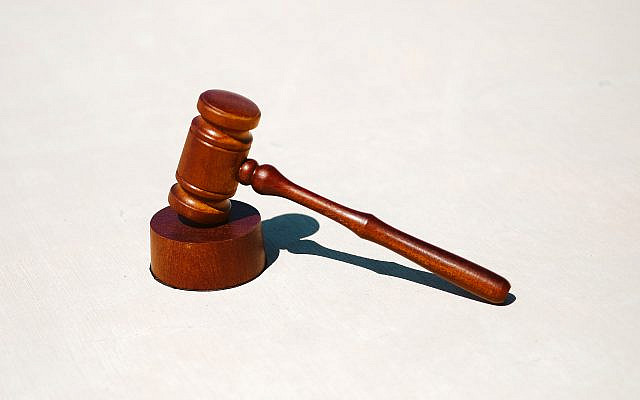 Toward the beginning of Parshat Mishpatim, the Torah states quite clearly: “One who strikes a man and he dies, shall surely die” (Shemot 21:12). The verse is straightforward and makes the process seem simple, an easy formula: x happens, and so we do y. Yet, the very next verse complicates matters: What if the killer didn’t intend it? And of course, other verses lead to detailed and demanding laws regarding the legal standards of warning and testimony that must be met before someone could be put to death. It’s not so simple to kill a killer in Jewish law.

In fact, the Mishna in Sanhedrin (which I studied in my father’s merit after he passed away almost a year ago) goes even beyond requiring that a precise warning be given and that the witnesses be able to account for all sorts of details in total agreement with each other (see chapter 5): numerous laws are recorded that seem to express a specific intent of seeking acquittal for an accused killer. For instance: while trials regarding financial matters may begin with either side, capital cases must begin deliberations with an argument to acquit; acquittal for a capital crime can be achieved by a majority of one, while conviction requires a majority of two; if new evidence comes to light after a capital case, the court can rescind a guilty verdict but not an acquittal; and more (Mishna Sanhedrin 4:1 – and beyond, e.g. 5:5).

We can perhaps understand this acquittal-friendly approach in light of the warning (threat) delivered to witnesses in capital crimes:

Know that capital cases are not like monetary cases. In monetary cases, a person [who testifies falsely, causing money to change hands unlawfully] gives money and it is atoned for him. In capital cases, [if an innocent person is put to death] his blood and the blood of his descendants [who will thus never be born] are attributed to [the witness’s testimony] forever. (Mishna Sanhedrin 4:5)

The stakes are immeasurably high when considering the death penalty, and so we want to be completely sure that a person is guilty before delivering such a verdict.

Some of the most striking indications of the court’s openness to acquittal are found in the incremental process by which a convict was led from the courthouse to the location of the execution. The Mishna notes (6:1) that the location of stoning was separate from the courthouse, and Rav Ovadia of Bartenura explains that the distance was deliberate – to allow for the possibility that someone would come up with a basis to overturn the sentence while the convict was on his way to be executed. Indeed, the Mishna describes several details of the process designed for such a possibility. For instance, as the convict was escorted towards death, one person stood by the courthouse door with scarves and another was stationed on horseback at a distance, just in case someone would show up at the courthouse with a claim towards acquittal and they would have to relay the information immediately: the man at the door would wave his scarves, and the one on horseback would run to stop the execution. (In today’s terms, we might imagine the court officer leading the convict while staring at his cellphone in hopes of a text, trying not to trip and send both of them over the cliff.) The convict himself was empowered to claim arguments for his own innocence, even on the way to his execution, and they would turn back to hear it “even four or five times,” as long as he really had something to say. As he trudged toward death, announcements would be made: “So-and-so is on his way to be stoned for committing such-and-such sin, based on the testimony of A and B. Anyone who has a reason to acquit, come and deliver it!” (6:1).

As they got closer to the place of execution, we can see a shift from seeking innocence to presuming guilt, as the convict was encouraged to confess his sins – but even then, the Mishna recognizes that he might be innocent, and even suggests (at least according to one opinion) that his confession might include certainty of his own innocence: “Let my death be an atonement for all my sins except this one [that I didn’t commit]” (6:2).

After all that, however, comes a more extreme shift – from the court’s openness and even eagerness to being proven wrong, to a powerful assertion of certainty that justice was carried out: Once the person was dead and buried, his relatives were expected to visit the judges and witnesses with friendly greetings, “as if to say: we have nothing against you in our hearts, for you judged truly” (6:6). As Rav Pinchas Kehati explains, “It was not the judges and witnesses who killed him; rather, he was liable for death in accordance with Torah law, and he caused his own death by his sin.”

Not only were they to acknowledge that the conviction and sentencing were carried out in good faith, according to due process, but at this point (once the deed is done), the execution is presumed correct. “One who strikes a man and he dies, shall surely die” (Shemos 21:12) – justice was carried out, in hindsight, exactly as the verse stated so apparently simply. It just took a lot of uncertainty and questioning to get there.

In a sense, this is not so strange; we can find a similar perspective guiding all areas of Jewish law, both big and small. We question – there are things we’re not sure about – but then we do, with confidence. Used the wrong (perhaps dairy) spoon to stir your chicken soup? Halacha is prepared with a series of questions to ask, a due process by which we determine whether we will presume kosher or not kosher – and once we’ve arrived at that answer, we no longer question but move forward decisively.

An example that resonates as I approach my father’s first yahrzeit: The Mourner’s Kaddish is recited for only 11 months because we presume the deceased was not so wicked as to require a full 12 months of additional merit in order to achieve the heights of soul-life after death. Do we know how long any individual’s soul needs? No, but we can’t let that hold us back: tradition has determined a path to decisive action regardless of theoretical uncertainty. Eleven months it is.

When I was sitting shiva for my father, his long-time study partner recounted how my father would respond to questions that came up while they were learning: “Well, Rav Soloveitchik would say… and Rav So-and-so would say…. But in any case, let’s proceed.” A philosopher by profession and personality, this is how my father approached life. He loved to learn, think, and question, and had such high standards for “proof” that he would never admit to being completely sure of anything. (“How do you know that’s a tree?”) But uncertainty didn’t paralyze him. When it came down to it, he knew what to do. Let’s think and discuss and entertain all possibilities, and then proceed – as if it were simple.

Throughout our lives, can we ever be sure of any decision we make? Maybe not, but we can give every question our all, judge truly in accordance with due process, and find the confidence to proceed.

This dvar Torah was first printed in Clilei HaChodesh, a monthly publication of the Young Israel of Greater Cleveland.