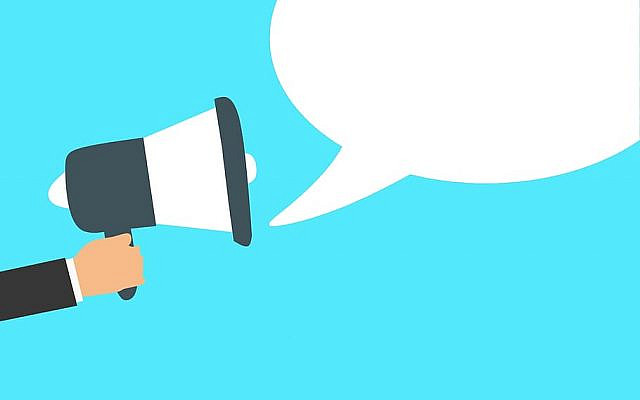 When we speak, we relate the inner world of ourselves to the outer world around us. It’s a human function so innate and natural to us that it’s easy to take it for granted, to assume that there’s not much else to explore. Where, though, does the power of speech emerge from? Do we simply suggest it’s a product of human evolution and our current mode of communication, or do we suggest there’s something more to it? In Parshat Balak, the Torah opts for the latter.

Parshat Balak revolves around the intriguing story of Bilaam, a non-Jewish prophet, who is recruited by Moabite King Balak to curse Bnei Yisrael. It’s riddled with complexity, especially as the narrative shows Bilaam at a level to receive prophecy — and he’s even likened to Moshe Rabbeinu’s stature in prophetic capabilities — yet he struggles and almost fails to resist Balak’s request. Once Bilaam finally approaches Balak, after several exchanges with Hashem about the situation, he says, “And now that I have come to you, have I the power to speak freely? I can utter only the word that God puts into my mouth” (Bamidbar 22:38).

Bilaam’s claim is perplexing. He would not deny that he chose to approach Balak, but now, he denies freedom of speech. As Sforno explains, Bilaam means that he is “unable to speak in the manner normal people speak when they express their own will.” How, then, do we explain this?

Before beginning Shemoneh Esrei, the central tefillah (prayer) said three times a day, we begin with a simple pasuk (verse) from Tehillim: “O Lord, open my lips, and let my mouth declare Your praise” (51:17). The Baal Shem Tov’s comment on this can lend some more insight into our question. “The World of Speech speaks through you, and without it, it would not be possible to speak,” he writes. “You are like a Shofar, and what is blown into you is the sound that comes out. If you remove yourself from the breath blown in, no sound will come out. Therefore, without the strength of the Blessed One, God forbid, you could neither speak nor think” (Noach 89). The Baal Shem Tov tells us that we are not the source of our speech — when thoughts and ideas leave our mouths in the form of words, they emanate from the collective shared Self of our universe: Hashem. He is the Generator that releases the electricity — or souls — that animate us. We are like characters in a novel in that when we speak, it’s as if the entire book, or in this case existence, is speaking through us.

Perhaps, then, we can view Bilaam’s words in a different way. The “power to speak freely,” he seems to say, is granted from Hashem. We are not the source of that power. We can intend to open our mouths, to say certain ideas, but that intention per se is not what powers the speech. Rather, given the Baal Shem Tov’s idea, when we speak, it’s almost as if Hashem “signs off” on what will be said, as if our words went through the final confirmation needed before leaving our lips. Thus, in Bilaam’s case, he was explaining an existential idea to Balak: When we bring ourselves to the consciousness that Hashem is the Source of all speech, that, in and of ourselves, we cannot move a single muscle, how can we say anything that Hashem Himself, so to speak, would not say?

There’s a reason we begin our Shemoneh Esrei with those words. We are speaking souls, blessed with the power to illuminate the dark world through the power of speech. What do we have to say? In the right headspace, we will only say what is truly good, godly, and right.