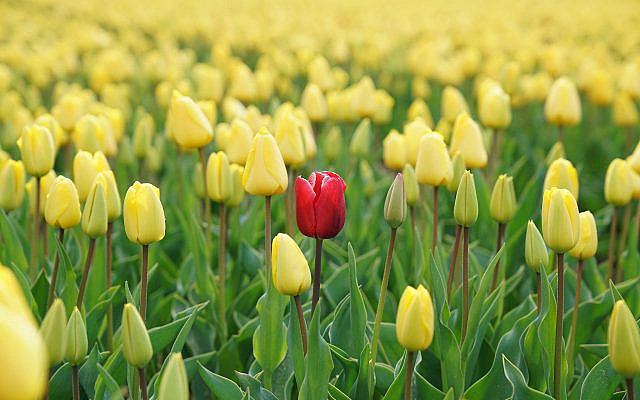 Photo by Rupert Britton on Unsplash

Sefer Bamidbar opens with a census of the Jewish people being taken. Hashem commands Moshe: “lift up the heads of all the congregation of Bnei Yisrael, according to their families and the house of their fathers, listing their names, every male, head by head” (Bamidbar, 1:2). Not only does this Sefer open with a census, Chazal also name it “Chumash Pekudim”, the book of counting (e.g. Bamidbar Rabbah, Bamidbar, 2:11). But why is counting so important in Sefer Bamidbar?

In order to answer this question, let’s put Sefer Bamidbar in context. It follows Sefer Vayikra, which unfolded entirely at Har Sinai (Vayikra, 27:34), where the Jewish people were encamped “like one man with one heart” (Rashi, Shemot, 19:2), as a totally unified nation. Sefer Bamidbar signifies the end of this stage of Jewish history. Bnei Yisrael are about to leave Har Sinai. And, in this new stage on their journey from Egypt to Israel, the emphasis needs to change. Bnei Yisrael are still one nation, but now the individual is given unique importance. This shift is signified by the census; counting something gives it significance. Each person, in being counted, was being reminded of their unique role within the nation. The word “pekudim” shares a root with the word “tafkid”, which means “mission”. When Hashem counted Bnei Yisrael, He was telling them that they each had a goal which only they could. However, if counting served to show every member of the Jewish nation their individual importance… why were only the men counted? What about the women?

Ramban, in one of his comments, seems to misattribute a comment of the Midrash to Rashi (Ramban, Bamidbar, 1:3). This Midrash explains why the pesukim use the unusual phrase of “lift up the heads” of the people to mean counting them. Rabbi Pinchas bar Edei links this phrase to the actions of an executioner, who “lifts up” the heads of prisoners i.e. executes them (Bamidbar Rabbah, 1:11). By using this expression, the pasuk is alluding to the fact that those being counted – men between the ages of 20-60 – would die in the desert and not enter the land of Israel due to the sin of the spies (Bamidbar, 14:22-23). The women, who did not participate in this sin and merited to enter the land, did not have their heads lifted.

The phrase, therefore, does not inherently mean something good or something bad. It can mean either. What makes the difference? The difference is down to the individual. Moshe lifting the heads of each individual in this week’s parsha was not an immediate death sentence. However, later they chose to act in a way that merited death. Because the focus on the individual shows that all are actions have consequences. Each individual has the ability to achieve great things. But each person also has the ability to make the wrong choices and incur punishment.

This message is also evident in Megillat Rut, which is read on Shavuot. Initially, Rut and her (according to Rut Rabbah, 2:9) sister Orpah are paralleled in the pesukim (Rut, 1:6-13). They are described together as “the two daughters-in-law” of Naomi and act in the same way. However, then there is a sharp contrast: “they raised their voices and they cried again and Orpah kissed her mother-in-law [goodbye] but Rut clung to her” (Rut, 1:14). Rut and Orpah make individual choices, and their paths diverge. Orpah descends to the depths of moral depravity (Rut Rabbah, 2:20) and Rut becomes the great-grandmother of David Hamelech (Rut, 4:22).

The choices we make have consequences, for the good and for the bad. But this is only because we are each important. With our own strengths and weaknesses, talents and challenges, we have been given a unique task in this world that no one else can fulfil. This is a tremendous responsibility. But it also shows us the incredible significance and value of every single individual.