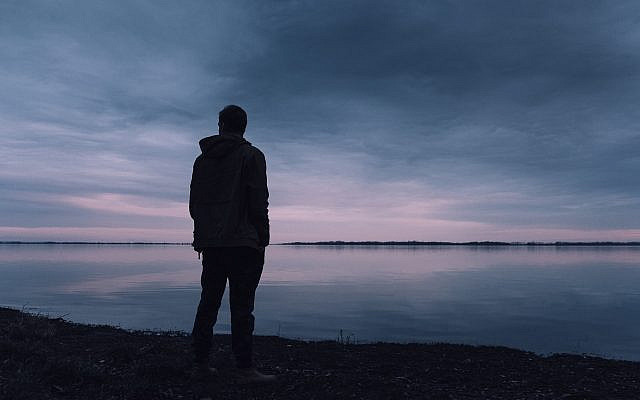 When life brings painful experiences we didn’t anticipate, we can find ourselves feeling deep resentment toward Hashem. “Why would you do this to me?” we may challenge Hashem. “Are you trying to hurt me, to make my life too miserable to bear?” Generally, our attitude may be to scold such questions that disrespect Hashem, but for many reasons, if we seek healing and perseverance, then we must consider validating, not suppressing, our pain.

Moshe Rabbeinu is correctly heralded as the greatest leader of Bnei Yisrael throughout any time in our history. His service, dedication, God-consciousness, and, well, leadership were beyond compare. Yet, in Parshat Behaalotecha, we see a side of Moshe that seems to defy all of that.

While Bnei Yisrael are still in the desert, they begin complaining and criticizing Hashem and Moshe about their gluttonous desires for more meat and food. They even reminisce about their slavery in Egypt, painting it as a bountiful haven of the past compared to their present. Despite Hashem giving them manna, the fantastical food that appeared in their camps, they slammed that, too. It became too much for Moshe to bear.

“Why have You dealt ill with Your servant, and why have I not enjoyed Your favor, that You have laid the burden of all this people upon me?” Moshe asks Hashem (Devarim 11:11). “I cannot carry all this people by myself, for it is too much for me. If You would deal thus with me, kill me rather, I beg You, and let me see no more of my wretchedness” (Ibid. 14-15).

It’s jarring to hear Moshe say these things. First, he brazenly contests the fairness of Hashem’s decision to appoint him leader under such conditions. Second, he completely gives up and negates his capabilities with working through the issues. Third, he straight-up asks Hashem to kill him rather than have him endure this hurt. This is the same Moshe Rabbeinu whom Hashem chose to free us from Egypt, to stand up to Pharaoh, to be His most trusted prophet, and to be the leader of Bnei Yisrael. How do we understand this?

Nechama Leibowitz points out that, as opposed to other instances when biblical figures stood against Hashem, Moshe is not punished. In fact, as the following pesukim (verses) show, Hashem actually addresses Moshe’s complaints, appointing 70 elders to help Moshe with his work. This suggests that there wasn’t anything “wrong” with Moshe’s reaction toward Hashem.

Sforno comments on each of Moshe’s grievances and understands them in a way that, generally, we would find problematic. Perhaps, then, we need to change our own perspectives on this situation. Intuitively, it seems like he just can’t restrain his anger or control his emotions. However, given Hashem’s seemingly positive response to Moshe, a new perspective is an order.

Hashem wants us to be real. We struggle, and we hurt. At times, we feel sad, isolated, lonely, betrayed, and angry. We are not supposed to suppress that pain; we need to validate our pain. As with everything, there are limits, but having a heartfelt and impassioned conversation with Hashem, as Moshed seems to have had, is something healthy and appropriate.

At the same time, though, we must always remember that Hashem is always with us. In Tehillim, we say, “Even as I walk in the valley of the shadow of death, I will fear no evil for You are with me” (23:4). We must always remember that Hashem is guiding our lives and the world, and He is always on our side. It is not us vs. Hashem, rather it’s us and Hashem vs. the problem.