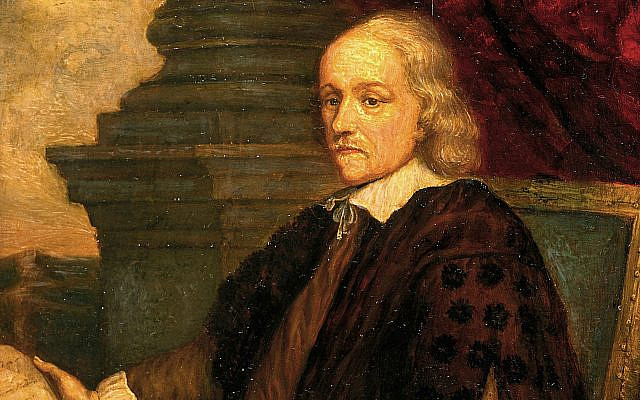 The Pendle Witch Trials of 1612 are among the most famous and best recorded witch trials in British history. Twelve witches from Lancashire were accused of killed 10 people using their evil arts. One of the alleged witches died in prison. Of the other 11 – nine women and two men – all but one were found guilty and executed.

Yet this didn’t end witchcraft in the Lancaster region. On March 24, 1634, a group of 20 women were tried for witchcraft. They were charged with murdering a woman named Isabel Nutter. The sole witness was a 10-year-old boy named Edmund Robinson. Once again, all but one were found guilty. However, this time, the magistrate didn’t want to sentence them to death and decided to refer the matter to King Charles I.

Four of the women were brought to London. Under cross-examination, Robinson, the sole witness, admitted he had fabricated the story. Charles had his chief surgeon, William Harvey, examine the women. Perhaps Harvey was checking for specific biologic features described by King James VI of Scotland (later James I of England and Charles’s father) in his book Daemonologie, In Forme of a Dialogue, Divided into three Books: By the High and Mighty Prince, James &c.

After the examination, Harvey declared that he had found no evidence that the women were witches. 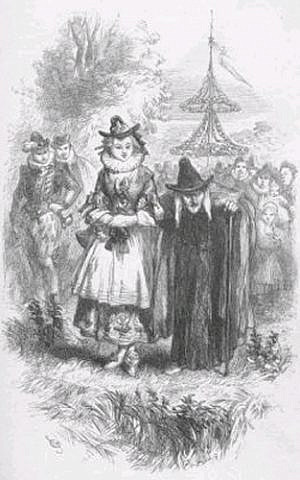 Charles pardoned the women. Unfortunately for the exonerated women, they and the other 16 remained imprisoned in Lancaster Gaol, most likely until their deaths, because none of them could afford to pay the charges for their incarceration.

And unfortunately for Charles, who appears to have a more rational approach to accusations of witchcraft than many others of the time, he was accused of high treason and executed by Oliver Cromwell’s New Model Army on January 30, 1649.

However, I want to write about Harvey and the importance of his 1628 book De Motu Cordis. But first, indulge me in an almost certainly apocryphal tale of Harvey and a witch.

In 1632, he was travelling with the King in Newmarket (so the story goes) when he was sent to investigate a woman accused of witchcraft. He went to visit her, claiming that he was a wizard, and asked to see her familiar. The woman put down a saucer of milk and her tame toad jumped up to drink. Harvey then sent the woman to the pub to get him a drink. While she was out, he killed and dissected the toad and found that it was just a regular amphibian. When the woman returned to find the doctor hunched over her dead pet, she was incensed. But after Harvey explained that he was the King’s physician and had just proved she was innocent of the charges of witchcraft, she was relieved. 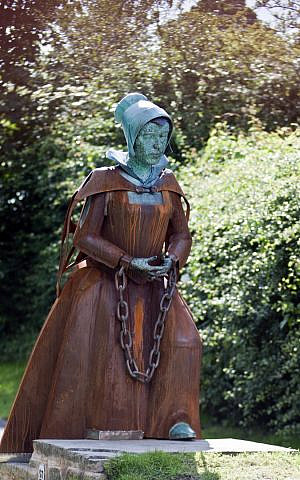 Anyway, that story probably didn’t ever happen. But Harvey is well known to us today as the first to discover that blood is pumped by the heart and circulates throughout the body.

Harvey was born in Folkestone, Kent, on April 1, 1578, the eldest of nine children. He studied medicine at Cambridge University and then at the University of Padua, where he studied under and was heavily influenced by the anatomist and surgeon Hieronymus Fabricius. It was from Fabricius that Harvey came to understand that the best way to understand the human body was through dissection of cadavers (and sometimes on live animals).

In 1602, Harvey returned to England and moved to London. Perhaps he went to the newly opened Globe Theater to watch Hamlet – the play freshly written by William Shakespeare. 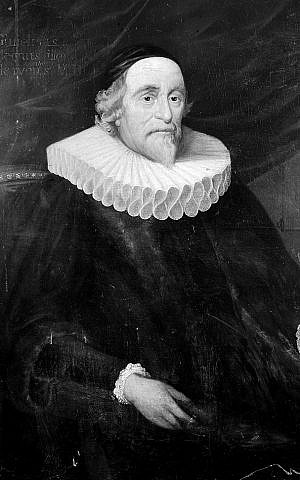 By 1618, Harvey was recognized as the top doctor in England and, aged 40, became the personal physician to King James. In 1632, he was appointed as King Charles’s physician.

Rejecting conventional textbooks, Harvey drew conclusions based on his dissections and observations. It was this that set him apart from almost all scientists of the previous centuries.

European medical knowledge had changed very little since the time of Galen, who lived in the 2nd century CE. Galen did many experiments, dissections, and observations, and made many accurate discoveries. His evidence-based science set him apart from Aristotle, who had relied much more on logic and philosophy than on what was seen through experiments. 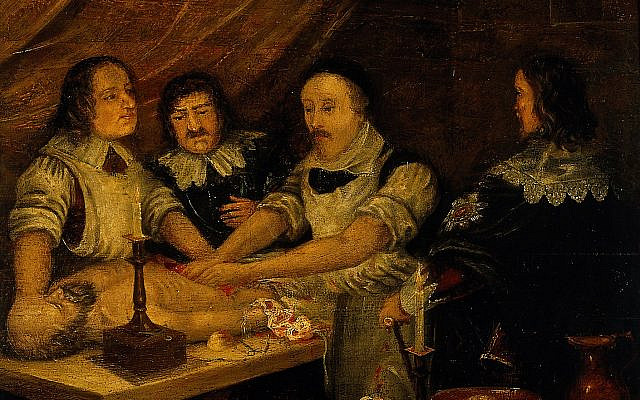 Experiments are of necessity, limited in scope. Without a significant sample size, there is no way of knowing if what the scientist sees is accurate or an aberration. Whereas for Aristotle, what could be derived from abstract philosophy was necessarily true.

The question of how much one should rely on empirical evidence appears in the Talmud (Nida 30b). The Rabbis discussed how long after intercourse a fetus develops. Rabbi Yishmael held that it takes 40 days for a male embryo, but 80 days for a female embryo. The other rabbis challenged him, citing an incident where Queen Cleopatra experimented on female slaves who had been sentenced to death. She made them have intercourse, then executed them 40 days later and found that both male and female embryos were formed. Rabbi Yishmael replied to their empirical evidence, “I bring you proof from the Torah, but you bring me proof from the fools.”

I find it incredible that there are several Jewish laws about blood, yet the rabbis did not yet know that blood circulated through the body. For example, it is difficult to understand the requirement of salting meat to remove the blood. Various medieval rabbis had contradicting opinions of how that worked. This in turn leads to different halakhic rulings. But none take into account that the blood circulates around the body during the life of the animal.

Since nobody knew that the heart pumped blood around the body, there were many other theories of what it actually did. Aristotle thought it was the main source of heat for the body. Galen agreed with this, writing (in On the Usefulness of the Parts of the Body) that, “The heart is, as it were, the hearthstone and source of the innate heat by which the animal is governed.”

Aristotle also thought the heart was the seat of intelligence, motion, and sensation. Galen partially agreed, stating that the heart’s expansion and contraction was a function of its intelligence. However, he thought the liver was more important for controlling the body and its health since that was the organ that produced the humors (medicine was largely based on Hippocrates’s concept of four humors until at least the 16th century, though the theory was still partially used in Western medicine up until the 18th century). 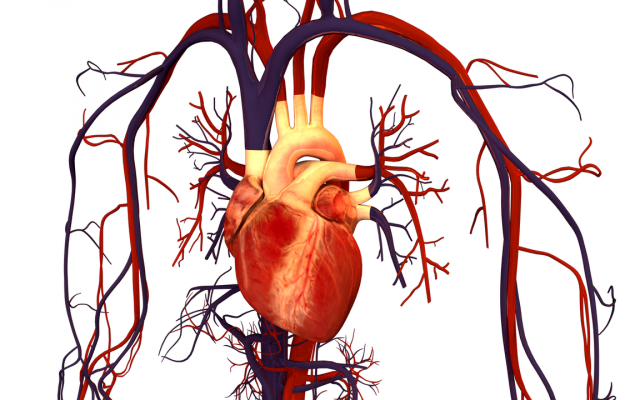 Many other functions were ascribed to the heart in the centuries before Harvey. For example, in 1535 Andreas de Laguna wrote, “If indeed from the heart alone rise anger or passion, fear, terror, and sadness; if from it alone spring shame, delight, and joy, why should I say more?” Shakespeare also attributed emotions to the heart, writing in Much Ado About Nothing, “God give me joy to wear it! for my heart is exceeding heavy.” Even today, we use phrases like “a broken heart,” “heartfelt,” “you’ve touched my heart” and the symbol of love is a heart.

In this week’s Torah reading (yes, I know that was a very long introduction) God threatens to punish the Jewish people if they have an uncircumcised heart (Leviticus 26:41).

In his first-century Aramaic translation of the Torah, Onkelos has this as “foolish heart.” For him too, the heart was apparently the seat of the intellect. Rashi (on Ezekiel 44:7) says that an uncircumcised heart is what leads a person to worship idols. A similar idea is found in the Talmud (Zevachim 22b). This appears to identify the heart as the seat of religious fervor or spirituality.

The midrash (Ecclesiastes Rabba 1:16) actually lists 58 different functions of the heart that are implied by various verses.

Some of these are clearly intended metaphorically, while others may have been meant literally.

Before Harvey, the heart was believed to have so many functions. And almost any negative trait could have been attributed to an uncircumcised heart. But for the past few centuries the heart has had only one, much more basic, function. To pump our blood through our bodies.

While this may ruin many wonderful metaphors, it saves so many lives. Which is definitely worth a heart emoji.