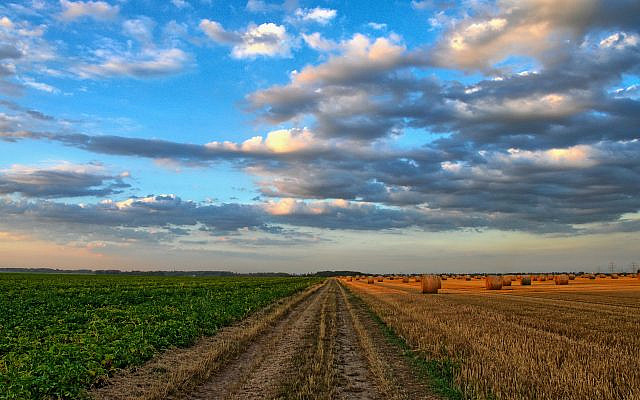 How do we reconcile contradicting values in Torah? We see this at one level with character traits: Mishnah Sanhedrin 4:5 says each person should tell themself, “For me, the world was created.” Yet telling ourselves that we are “but dust and ashes,” as Avraham did in Bereishis 18:27, is also held with esteem. The balance of self-worth between pride and humility is perhaps easier to understand, but the tension of ideals permeates other, more complex areas of life. And beyond life in general, that model takes similar form with the Torah.

To use a contemporary example, we can consider socialism and capitalism. David Brooks, an opinions columnist for The New York Times, demonstrated their difference quite well. Socialism, he quoted Michael Walzer as saying, believes that “what touches all should be decided by all.” It contends that “The great economic enterprises should be owned by all of us in common. Decisions should be based on what benefits all, not the maximization of profit.” Capitalism, in contrast, emphasizes the free market, private ownership, and, consequently, “the maximization of profit.” Simplified, the two are operating from fundamentally opposing platforms: For socialism, it’s the people, but for capitalism, it’s the profit. Can we say that either one is completely right? Looking at Parshat Behar, a more nuanced picture emerges.

Hashem instructs Moshe to relay to Bnei Yisrael: “When you enter the land that I assign to you, the land shall observe a sabbath of Hashem. Six years you may sow your field and six years you may prune your vineyard and gather in the yield. But in the seventh year the land shall have a sabbath of complete rest, a sabbath of Hashem: You shall not sow your field or prune your vineyard” (Vayikra 25:2-4). This is the Shemittah cycle, which Bnei Yisrael are already familiar with: six years of work, one year of rest.

There is a wellspring of spiritual richness packed into Shemittah, but considering it in light of more tangible issues, something fascinating stands out. As Rabbi Ari Bergmann explains in the 18Forty Podcast: The Shemittah cycle embraces models of both capitalism and socialism. The former is manifest in the first six years, a time of cultivation, innovation, labor, individualism. What one sows, one reaps. Come the seventh year, however, and it is all about sharing, collective ownership, community.

Commentaries draw stark comparisons between Shabbat and Shemittah. Modeled after the former, Shemittah is majority work with partial rest. Tracing the above-mentioned idea back, we can see Shabbat to similarly include values that appear at odds. Our week is primarily laborious, filled with bills, projects, obligations, and a host of deadlines. But when the sun sets for the seventh day, a new space emerges — one of rest, reflection, and connection. This, then, demonstrates another example whereby the Torah bridges two worlds, seemingly opposed, to create a new world altogether. The conflicts are solved through combination.

The Torah’s contradicting values are better understood to be complex values. Is Judaism particularist or universalist, uniform or diverse, simple or convoluted? The answer avoids easy explanation. Shemittah is the prime example. Does Judaism side with capitalism or socialism? Hashem’s Torah transcends that binary; it transcends our own limitations. So, when we encounter such impasses, it’s worthwhile to remember that the constraint lies with us, not Him