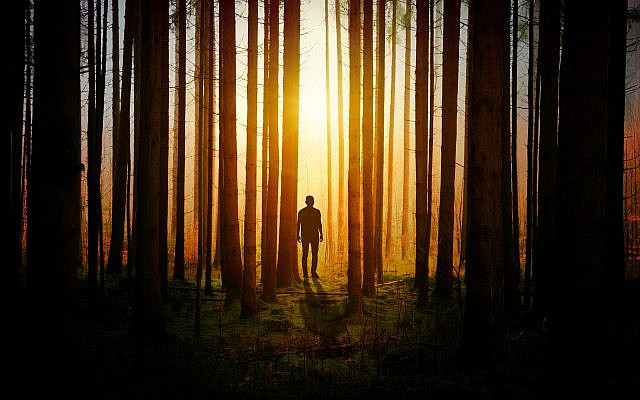 When we think of mitzvot (commandments), we may think of sacrifice, suppressing our will, or another burden to worry about. In Judaism, mitzvot are not supposed to be stained with subduing our will, and by extension, our identity. This sadness is far from the ideal, as Moshe reprimands Bnei Yisrael in Sefer Devarim, “Because you would not serve the LORD your God in joy and gladness over the abundance of everything” (28:47). Mitzvot are, in actuality, supposed to be the greatest expression of our will, a service of the inner and higher self that brings us great joy.

In Parshat Bo, as Bnei Yisrael near closer and closer to their freedom, Moshe and Aharon struggle to convince Pharaoh to release them. As the Torah recounts, “So Moshe and Aharon were brought back to Pharaoh and he said to them, ‘Go, worship the LORD your God! Who are the ones to go?’ Moses replied, ‘We will all go, young and old: we will go with our sons and daughters, our flocks and herds; because the holiday of the LORD is for us” (Shemot 10:8-9).

Here, Moshe and Aharon try, and soon after fail, to gain permission from Pharaoh to allow Bnei Yisrael the liberty to serve Hashem. But in this interaction, Moshe and Aharon make an interesting claim to Pharaoh, suggesting that their service to Hashem is like a holiday.

Rabbi David Aaron offers a profound reading of this interaction between Pharaoh and Moshe and Aharon, noting that, for the Jewish People, Divine service is not supposed to be an intractable burden of slavery. Rather, our relationship with Hashem is one of happiness, purpose, and ineffable meaning, the experience of a joyous celebration. This is in direct contrast to Pharaoh’s exhibited philosophy that service is one of oppression and painful obedience. Even in modern times, many have adopted this outlook, seeing mitzvot as a foreign command to force us into the mold of a blind sheep. This, however, mischaracterizes the essence of mitzvot.

The context for Torah and mitzvot is crucial: We are each a divine soul, in our deepest essence connected to Hashem in an unbreakable and timeless bond. Thus, if we were truly self-aware and experiencing ourselves in our most genuine and authentic states, we would want nothing more than to bring His love, kindness, peace, justice, and presence into the world. When we live mitzvot, we act in line with Hashem’s will, and thus, our truest will. In this vein, mitzvot are a guidebook to revealing the divine spark within us all, to illuminate our inner and outer worlds.

To Pharaoh, such a concept was incomprehensible, as evidenced by his cruelty and fervent denial of a monotheistic God. Thinking of himself as a god in Egyptian society, Pharaoh acted as a tyrant without the least bit of care or interest into the lives of the people; this is best exemplified by his insistence on bringing more makot (plagues) to his people despite Moshe’s warnings.

Mitzvot are not supposed to be about suppression, rather about expression of our deepest essence. “One must believe in oneself; one must believe that one’s life and feelings come directly from the essence of one’s soul, are good, and lead one upon a straight path,” Rav Kook writes. “A Jew is obligated to believe that a divine soul…dwells within him” (“Orot Hateshuvah” 11:2).[1]

When we come to understand this reality, we can experience our Judaism as something to celebrate, a means of the richest self-expression. Mitzvot awaken the divine within us, and unlike with Pharaoh, mitzvot do not darken our spirits, rather they illuminate the light of our souls.

[1] As translated by Rabbi Ari Ze’ev Schwartz in “The Spiritual Revolution of Rav Kook,” p. 58