For more than a hundred years, from the end of the fifth century BCE, the Spartan army was the supreme fighting force in the ancient world.

The Spartans were not known for their advances in science, technology or medicine. Apart from the Chilon in the 6th century BCE (who was renowned as one of the Seven Sages of Greece), Sparta produced no philosophers. But in the field of war they excelled more than anyone else. The culture of Sparta was totally focused on military training and creating the best fighting force in the world.

Thucydides (History of the Peloponnesian War I:10) referred to the Sparta by its ancient name of Ladaeaemon when he wrote:

For I suppose if Lacedaemon were to become desolate, and the temples and the foundations of the public buildings were left, that as time went on there would be a strong disposition with posterity to refuse to accept her fame as a true exponent of her power. And yet they occupy two-fifths of Peloponnese and lead the whole, not to speak of their numerous allies without.

From the age of 7, Spartan boys would leave their homes and enter the agoge system where they were beaten, starved and often died, but where they were trained in the art of war. At the age of 20 they would enter the military, where they would continue to serve until they reached the age of 60. Unusually for the ancient world, girls also received an education, and were comparatively well cared for, so that they could give birth to and raise the finest soldiers. Spartan women lived longer than their counterparts in other Greek cities, most likely because they were well fed and in better health. 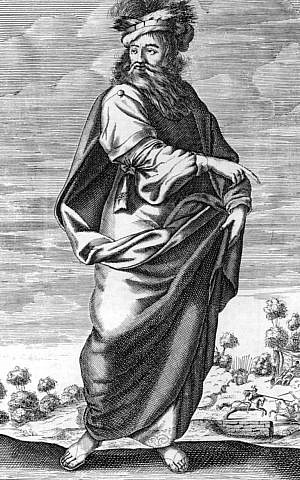 Everything in Spartan society was focused on having the finest army and encouraging the best fighters. When Spartans died, only soldiers who had died in battle or women who died in childbirth were entitled to have marked headstones.

Although life was extremely tough for boys between the ages of seven and 20, it was even more dangerous for Spartan babies. Shortly after birth, a mother would bathe her child in wine to see if he was strong. If he survived, he was brought by his father to the Gerousia, the council of elders, who decided whether the baby was fit enough to be raised. Any child considered deformed or puny was thrown to its death into a chasm on Mount Taygetos known as Ceadas (interestingly, the modern name for Taygetos is Mount Profitis Ilias, named for the prophet Elijah). Some modern scholars argue that babies were not thrown into the chasm but were instead left to die on the mountainside.

For the Spartans, children had no intrinsic value in their own right. They became honorable and important only once they reached adulthood and were able to fight.

In this week’s Torah reading, Pharaoh challenges Moses about the role of children in religious, communal life. 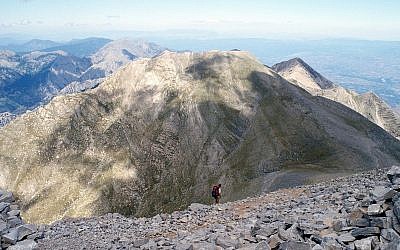 View over Taygetos mountains from the peak of Profitis Ilias (CC BY Herbert Ortner, Wikimedia Commons)

Even though Moses was planning on leading the Israelites out of Egypt for good, he told Pharaoh they wanted to go to the desert to celebrate a festival. Rabbenu Bahya explains that Moses was alluding to the festival of Shavuot, when the Israelites stood at Mount Sinai to receive the Torah.

Pharaoh, convinced by his servants that he had no option but to allow the Jews to leave, told Moses and Aharon, “Go worship the Lord, your God. Who are those who are going?” (Exodus 10:8).

With our youths and our elderly we shall go; with our sons and our daughters, with our flocks and our herds we shall go, for it is a festival of God for us. (Exodus 10:9)

Pharaoh scoffed at the idea of allowing the children to go to worship God at a festival. “So be it, may God be with you, when I will send you and your children,” he said. “Look that evil lies before you. Not so. Please go the men and worship God, for that is what you are requesting” (Exodus 10:10-11).

At the simplest level, the verse shows that Pharaoh was afraid the Israelites would leave and never return. So he insisted on keeping the children as hostages.

However, Ramban explains in his commentary, that the argument between them was about the role of children in rituals and religion. Moses said that even the children had to take part in the festival, whereas Pharaoh said that worship was only for adults and not for children.

In Pharaoh’s defense, when the children of Jacob left Egypt to bury their father in Israel — which was itself a kind of ritual — they left their young behind in Egypt (Genesis 50:7-8).

And Joseph went up to bury his father, and with him went up all Pharaoh’s servants the elders of his house and all the elders of Egypt. And all the house of Joseph and his brothers and his father’s house. Only their children, their flocks and their sheep they left in the land of Goshen.

But perhaps Pharaoh shared the world view of the Spartans — that children had no intrinsic value. And perhaps he went a step further in saying that they had no part to play in worshiping God.

Yet at Mount Sinai it was specifically the children who offered the sacrifices, not the adults. “And he sent the youths of the Children of Israel and they offered offerings and sacrifices peace sacrifices to God, of bulls” (Exodus 24:5).

The idea that the children would offer sacrifices remained shocking to the Greek world even hundreds of years after Moses and the Spartans. The Talmud (Megillah 9a) relates that when Ptolemy ordered the rabbis to translate the Torah into Greek, one of the alterations they made was to change the phrase from “sent the youths” to “sent the elect” so as not to offend the Greeks or lead them to disparage Judaism.

It is fundamental to Judaism that children are included in the rituals and worship. The Torah stresses that once every seven years all the Jews must gather in Jerusalem: “The men, the women the children and the converts, in order that they may hear and in order that they may learn, and fear the Lord, your God, and observe and do all the words of this Torah,” (Deuteronomy 31:12).

This is the message that Moses delivered to Pharaoh shortly before leading the Israelites to their freedom.