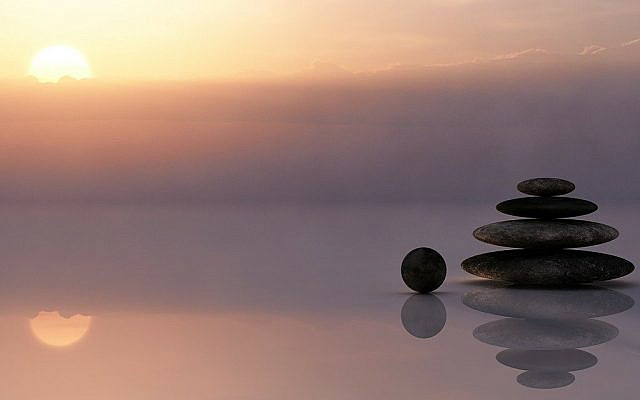 When people think of meditation, they generally imagine some bald fellow on an empty mountain, seating with his legs crossed and a gentle hum vibrating from his lips. The idea is that meditation is often thought to be esoteric, reserved for the strange few who liken the caricatures we see in movies. In fact, meditation is something very practical, useful, and relevant to all people. Moreover, it’s been a staple of the Jewish tradition from its very inception.

Parshat Chayei Sarah is packed with different storylines. One of them involves Avraham sending his servant, Eliezer, to find a wife for his son, Yitzchak. As Eliezer returns with the woman who wanted to marry Yitzchak, the Torah says: “And Yitzchak went out to meditate in the field toward evening and, looking up, he saw camels approaching” (Bereishis 24:63). Ibn Ezra and Chizkuni both clarify that Yitzchak was walking among the trees and nature, an intentional decision that was likely related to his meditative goal. This is where we can unpack the significance and importance of meditation.

The Hebrew word in the pasuk translated as “to meditate” is “la-suach,” which Rabbi Sampson Raphael Hirsch connects to the Hebrew word for plants, which is “sichim.” He says that the relationship is found in that, just as plants epitomize growth, Yitzchak underwent an “inner growth of spirit,” the increase in thoughts and feelings.

Rav Hirsch’s description of meditation is one that Rabbi Aryeh Kaplan similarly describes. In his book, “Jewish Meditation,” Rabbi Kaplan simplifies meditation to be controlling one’s thoughts, which allows one to encounter oneself and the world in a more perceptive and aware state. He also notes that “On its highest level, meditation can provide a person with an experience of God.” Rabbi Kaplan further explains that when we can direct and guide our thoughts, we can free our minds from the static that prevents us from seeing Hashem in a fuller manner. “In many religious traditions, including Judaism,” he writes, “this is the highest goal of meditation” (14).

Based on these understandings, we see that Yitzchak’s meditation is not as “scary” as initially described. Yitzchak was engaged with an exercise of inner growth, focus, and awareness. Most interesting is that in Masechet Berachot says that Yitzchak’s meditation was nothing other than prayer! Not only was this not some obscure practice, but in fact, it is a staple of Jewish living.

Prayer, known as tefillah in Judaism, is a meditation, and meditation is, in fact, prayer. Tefillah is identified as a service of the heart, an exercise of will and imagination. Thus, we further demystify the uncanny cloak of meditation and reveal it to be something not only sensible but of immense importance to our relationship with Hashem. Rabbi Kaplan’s book, which was previously quoted, delves deeper into this truth through historical, textual, and philosophical evidence about meditation.

We are all, as Rav Hirsch implied, undergoing a dynamic, internal process of change. Once we grasp the reigns of our minds, we begin to take control of that change. That is what Yitzchak was doing. Nature became an outlet for inspiration, a docile domain that was ripe with potential. Meditating was his mechanism for harvesting. Meditation — the ability to see, clear, and focus our thoughts — is accessible to us all. Whether we prefer to practice it during tefillah or during our day, we can all follow Yitzchak’s lead and “go out to meditate.”