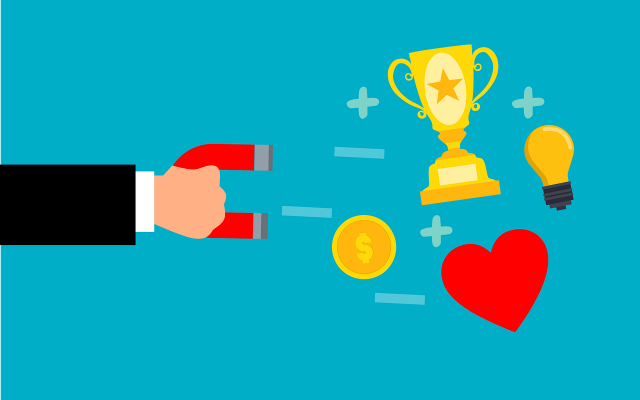 If you approached a waterfall, cascading over a rocky ledge into a pool below, you could collect water from it. How much you would collect, and its quality, depends on your vessel of choice. A bottle and a bathtub hold different volumes, and using a filter could yield drinkable water. How we approach the waterfall affects what we take from it. All this is to say that life is like that waterfall, and we the vessels of collection. The world can only give us what we are prepared to receive.

This concept expresses itself in different forms. Simply, one who limits themselves in a job search—underestimating their capabilities and predetermining what is “realistic”—is self-sabotaging. They cannot acknowledge their skills or opportunities, so they forfeit possibilities that seem beyond them, regardless if that’s the case. If one only brings a plastic cup to the waterfall, they can, at most, leave with a full cup of water. But the body was prepared to give much more. Beyond material instances, we find that the state of our inner world can manifest the state of our outer world. The Baal Shem Tov famously commented that when one identifies flaws and problems in others, they are, in truth, looking upon a reflection of themself. The world is our mirror. What we place before it will be reflected at us. We find as much in Parshat Chukat.

Parshat Chukat introduces another instance of Bnei Yisrael rebelling against Moshe and Hashem. They charge, “Why did you make us leave Egypt to die in the Wilderness? There is no bread and no water, and we have come to loathe this miserable food” (Bamidbar 21:5). Their words are nothing short of slander. In response, the Torah says a pasuk later, “Hashem sent fiery serpents against the people. They bit the people and many of Bnei Yisrael died.”

At first glance, the response seems unwarranted. Why would it be appropriate to release snakes against the people? Midrash Tanchuma explains what is missing: The snake originally engaged with slander and was cursed, as found in Bereishis. Here, the people embodied the snake’s primordial evil and maligned Moshe and, by extension, Hashem. Thus, the Midrash says, the serpent was selected to issue retribution. They got what they gave.

Ohr HaChaim puts it together for us. Hashem sent what was naturally birthed from the people’s actions. Slander begets slander, which, in this case, manifested as predatory snakes. It was Bnei Yisrael’s own behavior, their own actions, that established this problem. As the chaos wrought by the snakes unfolds, the people plead for forgiveness. Hashem instructs Moshe what to do: “Make a fiery figure and mount it on a standard. And anyone who was bitten who then looks at it shall recover” (21:8). Masechet Rosh Hashanah 29a says that when the Jews directed their hearts to Hashem, they channeled healing for themselves. If not, the snake’s venom seethed throughout.

This episode is strange by all accounts. Yet, there is a universal truth beneath the immediate story. We all know people who seem to attract blessing into their lives—positivity, love, excitement, radiance, and the whole gamut. Nefesh HaChayim 1:3 describes how Hashem, the Source of All Powers, empowers humanity to channel great change into the world. We are constantly co-creating our lives, bringing blessings or burdens into them. Are we yielding snakes or emotional healing? Hashem gives us agency to manifest the state of our lives. We need only make sure it’s the life we want—and the life we need.