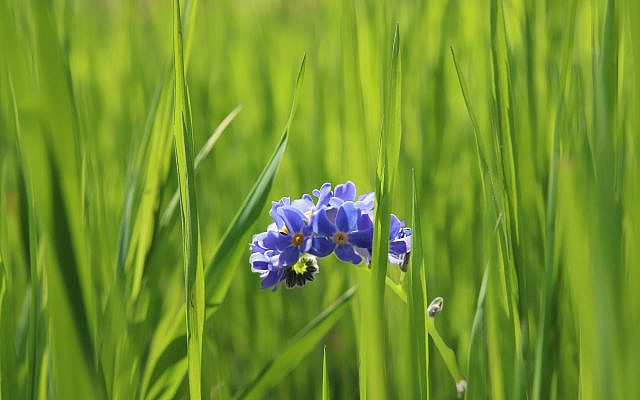 In conversations surrounding the great leaders of the Torah, we tend to circle around a handful of people whose impact is clear and undisputed. Yet, in the almost exclusive acknowledgment of certain figure’s significance in our history, we run the risk of disregarding that of others. In Parshat Chukat, the Torah mentions the death of one such leader whose greatness was surely unappreciated and whose influence is generally unknown: Miriam.

Miriam — younger sister of Aharon and older sister of Moshe Rabbeinu — is generally viewed through the context of her role in Moshe’s entrance into the Jewish story: She saved him from the Egyptians’ infanticide and gave him a chance at life, which allowed him to become the unparalleled leader we know him to be. However, to limit Miriam’s role through this lens would be sorely mistaken.

As the new generation of Bnei Yisrael are ready to enter the Promised Land, the Torah tells us of their arrival to Kadesh. It then says, “Miriam died there and was buried there. The Israelites arrived in a body at the wilderness of Zin on the first new moon, and the people stayed at Kadesh. Miriam died there and was buried there. The community was without water, and they joined against Moses and Aaron” (Bamidbar 20:1-2).  In Masechet Taanit, Rabbi Yosei notes that Miriam was one of the three sustainers of Bnei Yisrael in the desert (the other two being Aharon and Moshe), and it was in her merit that a well of water was always available to the people. When she died, he said, the well disappeared (9a).

That clear recognition of Miriam is further substantiated by the many commentaries that note Miriam died by the “Divine kiss,” a testimony to her holiness and righteousness. Where, then, did all this greatness stem from? What did Miriam do to become such an instrumental figure of Bnei Yisrael’s time in the desert? Rav Hirsch provides some insight.

“She had completed her mission on earth,” he explains. “Her grave in Kadesh could tell future generations that she did not leave this world until the new young generation stood ready to enter the Promised Land.” Rav Hirsch suggests that Miriam actually played a fundamental role in Bnei Yisrael’s progression toward Eretz Yisrael; despite failure to trust in Hashem with the spies, as we see in Parshat Shelach, Miriam helped them move forward — she turned a new page.

Rav Hirsch further explains that Miriam was, essentially, a feminist icon. She led the Jewish women with God-consciousness, righteousness, holiness, and an unwavering dedication to their people. He says on this that “no small part of [the Jewish women] being endowed with the true Jewish spirit must be ascribed to their brilliant leader and prophetess Miriam and her shining example ever before them.”

Thus, in her own right, Miriam is a pillar in our national story. Although her impression on Bnei Yisrael was, as mentioned above, revolutionary, she is not often seen through this prism. We can learn two central ideas from Miriam: First, we must pay closer attention to all actors, not just those who receive the spotlight attention. Second, recognition of one’s impact does not testify to the nature of one’s impact. Miriam was a prophetess, a Hashem-conscious leader, who served our people with love and devotion. In life, there will be “Miriams,” whose influence was superb and whose recognition was largely absent. Nevertheless, we should follow Miriam’s lead and focus on the quality and justness of our actions, not on the praise they may receive.