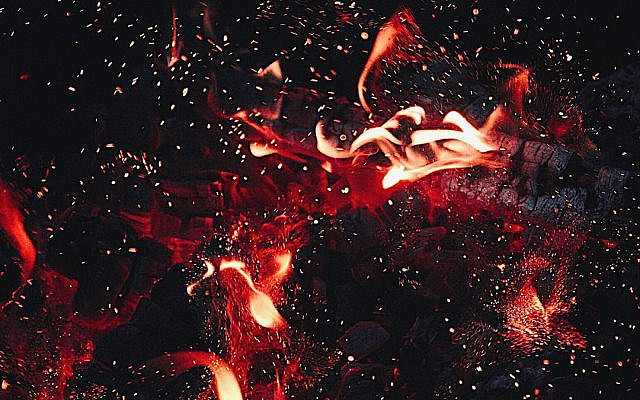 The state of our religious lives is affected, in no small part, by our beliefs about God. We form those beliefs throughout our childhood, but they tend to stop developing with our own maturity. As Arthur Brooks writes in The Atlantic, speaking about reacquainting with religion at an older age, “If the last time you attended a worship service or read a religious text was as a child—or if you have never done so but have only imagined what they’re like—try doing so as an adult with an open mind and heart. They might just hold truths that your memories and imagination do not.”

French philosopher Emmanuel Levinas wrote to a similar effect after reading a journal entry about the theological struggles of a man, named Yosl Rakover, in the Warsaw Ghetto. He believed the tale to be fictional, taking particular issue with those who “until now have believed in a rather primitive God.” All this sounds a bit harsh. After all, who are Levinas and Brooks to critique the beliefs of others?

At the heart of Levinas and Brooks’ words is a concern for the effects improper faith has on personal well-being. For a rather extreme and silly example, consider someone who believes that, for every mistake they make, one person in the world will die. We need not lurch for such poles to demonstrate their point, as we can all reflect upon erroneous beliefs in our lives that engender great pain and angst. We see a prime example in Parshat Devarim.

While Moshe speaks to the people about their time in the desert, he recounts the time when the spies spoke out against the Land of Israel in their returning report. Afterward, Moshe charges, the people grumbled and bickered against God: “You murmured in your tents, and you said, ‘Because of Hashem’s hatred for us, He brought us from the land of Egypt to hand us over to the Amorites to destroy us’” (Devarim 1:27).

This line is astounding. God, the people said, hated them. His hatred motivated him to liberate them as slaves from Egypt and, cruelly, sentence them to extermination at another people’s hands. The entire Pesach story, the whole Exodus, they believe, was the Divine will to kill them on His terms. Levinas and Brooks’ words are booming throughout the text. Aside from pure reason and logic, the theological and philosophical underpinnings are as ridiculous as they are damaging. It seems unfathomable that such beliefs found footing among the people. Yet, the Torah spoke what it spoke.

Rashi makes a tear-jerking comment. Really, he says, Hashem loved them—it was they who hated Him. Indeed, the prophet Malachi said, “‘I have loved you,’ said Hashem. But you ask, ‘How have You loved us?” (1:2). The people seem unwilling to accept that the Divine could be a loving personality, that He could, so to speak, coddle them in His arms like a mother’s warm embrace. The Midrash confoundedly asks, “Is it possible that God hated Bnei Yisrael?” Of course not. Rather, it quotes a proverb, that as one thinks of another they think another thinks of them. They hated God, so they thought God hated them (Sifrei Devarim 24:3).

What kind of God do we live with, if any at all? That appears to be the text’s beckoning question. If we believe God hates us, we will experience a hateful God—a world with forces aimed against us. Blessings will be burdens, gifts as guillotines. We need to fashion a mature relationship with God—and to believe in a Tyrant is as harmful as it is heretical. We need to know that God is loving, empowering, forgiving, and trusting. Then we can be the same to Him.