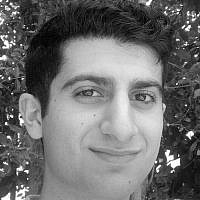 The Blogs
Matan Imanoel
Apply for a Blog
Please note that the posts on The Blogs are contributed by third parties. The opinions, facts and any media content in them are presented solely by the authors, and neither The Times of Israel nor its partners assume any responsibility for them. Please contact us in case of abuse. In case of abuse,
Report this post. 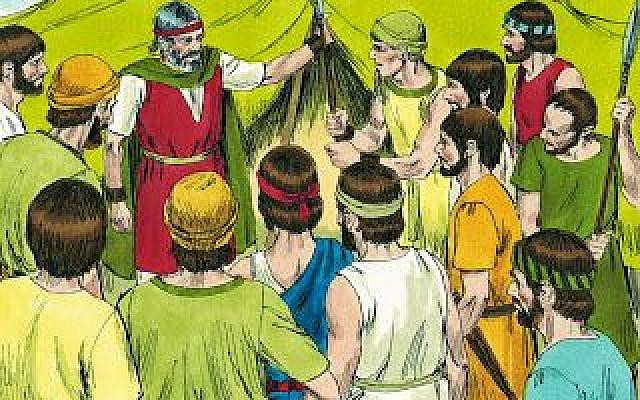 In Deuteronomy 1:5 the pasuk explains Moshe, being on the other side of the Jordan in the land of Moab, beginning “Baer Et Hatorah Hazot” (explaining this Torah) to the Jews. The Mizrachi in rashi elaborates this phrase as being a clear reference to the elucidation of the commandments we saw earlier.

Although, The Rambam takes us a step further. The sage tells us that Moshe was telling the Jews that he will be outlining the rest of the Torah for them again throughout Deuteronomy in order to ensure that the Jews understood the importance of listening to Moshe and the Torah. Moshe knew that he would pass away soon and, being such a caring leader, he wanted to make sure that the Jews would not rely on their own righteousness but would stress learning the Torah and following Hashem correctly after Moshe’s death.

Even in death, Moshe was still trying his best to teach and ensure the righteous survival of the Jews. How did Moshe think it was best to send a final, uplifting speech to the Jews? Through Mussar. He began by rebuking the Jews for their sins that had caused them harm and had not yet been completely forgiven – specifically the Loshon Haro (slander) the spies said about the holy land of Israel that continued the Jew’s wandering in the desert for 40 years, and the sin of the rock that removed Moshe’s right to enter Israel. Moshe then repeated the Ten commandments, taught them Shema, warned them against Idolatry, and explained the limitless benefits the Jews would receive if they followed in Hashem’s path and lived by the Torah.

Moshe, being a person who shows true care for the Jews was not afraid to respectfully rebuke them in order to certify the Jews continued righteous upbringing. Here, Moshe shows us what it means to be a true, caring friend and leader – a person who is unafraid to rebuke his peer to guarantee his friend’s success and well being.

Rabbi Cohen from Mikdash Melech used to explain to me how to define a true, caring friend – someone who cares for you enough to “risk” some tension between the two of you because he wants to see your betterment. At the same time, Moshe reveals that a true friend who rebukes you should also show a hopeful look forward, explaining that you can accomplish this betterment and explaining the benefits of listening to his chastise.

Look for a true friend who shows real dedication to your well being like Moshe, who respectfully rebukes and shows hope to the Jews, so that even in his death they will succeed and live happy, fulfilled lives in the path of Torah.

About the Author
After finishing his years at Valley Torah High School (Los Angeles, Valley Village) as an accomplished student, Matan went on to further his Judaic studies knowledge in Israel at Yeshivat Mikdash Melech. He uses various social media platforms, as well as this one, to share interesting insights on the weekly Parsha and various Mussar lessons any age group can benefit from. Matan continuously tries to empower everyone around him - molding his peers into better, more refined individuals. He believes: “There is always a lesson to be learned in every situation, it’s just a matter of perspective that distinguishes the optimistic and wise from the anguished and ignorant”. His staunch belief in Judaism and G-D coupled with his eccentric attitude makes us very happy to have Matan on our team.
Related Topics
Related Posts
Comments