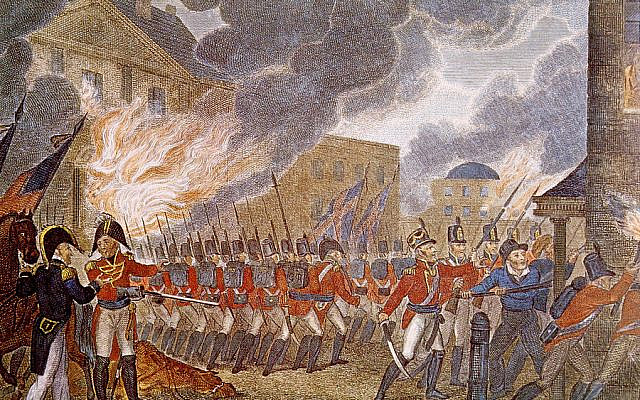 I’m not from the United States, so I had never heard of Stephen Pleasonton, but in my opinion, he should be considered a national hero.

Pleasonton was a bureaucrat appointed by President James Monroe in 1817 to be the “Fifth Auditor”* for the Treasury Department. In 1820 he was charged with overseeing the Treasury’s Lighthouse Establishment. In this role, he had overall responsibility for selecting sites for lighthouses, constructing lighthouses and appointing lighthouse keepers, though since he had very little knowledge of the sea or maritime affairs, he delegated virtually everything to local customs authorities.

However, being a reasonably competent bureaucrat is not why he should be revered as a national hero. No, the reason he deserves our accolades is because of his actions over a few days in August 1814.

The War of 1812 pitted the recently created USA against the might of Britain. On August 24, 1814, at the Battle of Bladensburg, British troops and Royal Marines defeated the US army and state militias in what was described as, “The greatest disgrace ever dealt to American arms.”

The British force led by Major General Robert Ross then entered Washington D.C., the capital of the new nation. The soldiers set fire to many government buildings, including the Capitol Building and the White House (which was called the Presidential Mansion at that time). If not for Pleasonton, almost all the founding documents of the nation would have been destroyed in the conflagration. 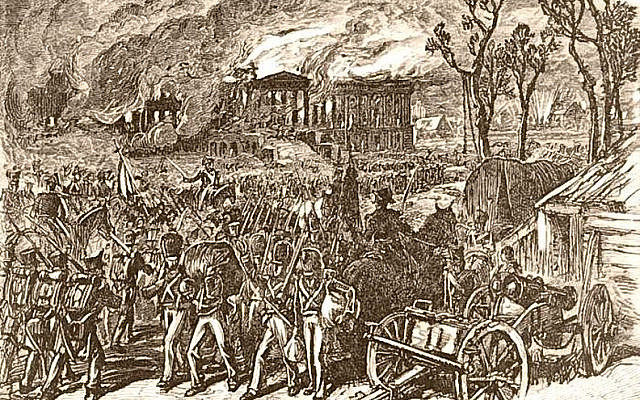 Two days before the Battle of Bladensburg, on August 22, 1814 Monroe sent Pleasonton a message saying, “You had better remove the records.”

With no time to waste, Pleasonton commandeered 22 supply wagons from the army and organized a team of junior officials to start loading them up with as many documents as they could. 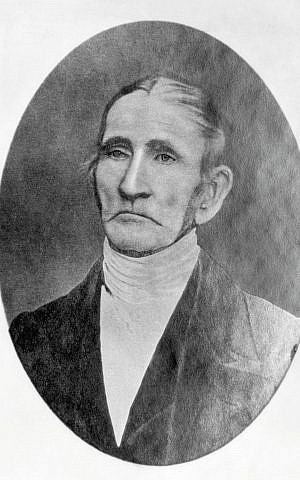 Secretary of War, John Armstrong berated Pleasonton for wasting resources because he was sure the British would never reach Washington. Luckily Pleasonton ignored him.

He and his team piled up the Declaration of Independence, probably the U.S. Constitution, the Articles of Confederation, the Bill of Rights, much of George Washington’s correspondence, treaties, laws and anything else they could get hold of into rough linen sacks Pleasonton had hurriedly made.

The wagon train headed out of the city and made it to a grist mill on the Virginia side of Chain Bridge. But no sooner had they unloaded the wagons and returned them to the army, when Pleasonton decided the precious papers were too close to a cannon foundry. His team borrowed wagons from nearby farmers and moved their irreplaceable cargo another 30 miles, to Rokeby Mansion near Leesburg, Virginia.

No sooner had they arrived at the mansion, when Pleasonton looked up to see the red glow of flames from Washington lighting up the night sky.

Most of the Library of Congress was destroyed when the Capitol was burned. But several buildings and records were saved by individuals risking their lives to dissuade the British from torching everything.

There were also many individuals who saved important artifacts and valuables from Washington. For example, in his memoirs, Madison’s former personal slave, Paul Jennings, (who was only 15 in 1814), described the efforts of the staff at the President’s mansion after the First Lady Dolley Madison fled the mansion:

John Susé (the French door-keeper) and Magraw, the President’s gardener, took it (a large portrait of Washington) down and sent it off on a wagon, with some large silver urns and such other valuables as could be hastily got hold of. When the British did arrive, they ate up the very dinner, and drank the wines, &c., that I had prepared for the President’s party.

So, there were many people who worked hard to save Washington D.C. from the British. But without Pleasonton and his team, the United States would no longer have its original founding documents. The country may have ended up like Kyrgyzstan, which in 2016 suddenly discovered that politicians had lost the original copy of its constitution.

Some may question whether it is important to have the original documents. As long as there are copies, why does it make a difference? But, aside from the obvious potential for errors in copies, it is the originals that connect the present to the past. These documents are the reason and basis for modern American life. Without them the country is lacking its anchor.

I was reminded of this story when reading this week’s Torah portion, Ekev. In it, Moses describes how he received the two tablets of the Ten Commandments at Sinai (Deuteronomy 9:8-17).

At Horeb you angered God… When I ascended the mountain to receive the stone tablets, the tablets of the covenant, that God made with you. I remained on the mountain for forty days and forty nights… And God gave me two stone tablets, written with the finger of God. And on them were all the words that God spoke with you at the mountain from out of the fire on the day of assembly… But God said to me, ‘Arise and quickly go down from here, for your people that you brought out of Egypt have become corrupt. They turned quickly from the path that I commanded and made for themselves an image… I turned and descended from the mountain – the fire burning with fire – and the two tablets of covenant were in my two hands. But I saw, behold you had sinned to the Lord, your God, and made for yourselves a molten Calf… So, I grasped the two tablets and threw them down from my two hands and smashed them in front of you.

In a sense, Moses was the opposite of Pleasonton – instead of saving it, Moses destroyed the original charter of the Israelites. However, there is also an element of saving the past in what happened next.

God soon forgave the Children of Israel and told Moses to ascend Mount Sinai once again to receive the second set of tablets. These latter covenantal documents were inferior to the originals – they were hewn my Moses himself, and they contained slightly different wording, showing the changed relationship between God and His people.

This time, before he ascended the mountain, God told Moses to prepare an ark in which to store the tablets (Deuteronomy 10:2).

And I will write on the tablets the words that were on the first tablets that you broke, and you shall place them in the ark.

The Talmud (Menachot 99a) learns from the juxtaposition that the broken tablets were also placed in the ark, alongside the new ones.

Rav Yosef taught: One should learn from here that one may not disrespect a Torah scholar who has forgotten his learning due to circumstances beyond his control.

A scholar who can no longer remember what he once knew is still worthy of respect for who he is and who he was.

But this is true not only of individuals but also of nations. The broken tablets may no longer teach us anything directly, but they were hugely significant and symbolic as the founding document of the nation. Protecting the broken tablets, and according them the same honor as the second tablets, ensures a connection to the past through the original, rather than a copy.

There may be a relevant current political message in this Talmudic dictum, but I want to instead focus on some news that I first learned of yesterday.

The National Library of Israel will be forced to close from August 17th due to lack of funds.

The National Library is the repository of Israel’s written history and memories. Much like the Library of Congress, it has copies of every book published in Israel. It also has a collection of manuscripts and historical documents as well as Gershon Scholem’s personal library.

The National Library in a sense defines what Israel is and where it came from. And yet the government is letting it quietly close. It may only be a temporary closing – hopefully, the library will succeed in securing more funding. But even that is a temporary break with the history that defines who we are as a nation.

Think of Moses and the broken tablets, think of Pleasonton saving the defining documents of the USA, and think of how we can all save the National Library and ensure that it remains a vibrant and essential part of Israel.

* If anyone can tell me what a “Fifth Auditor” is I’d be very happy. I can’t find any other Fifth Auditors besides Pleasonton.