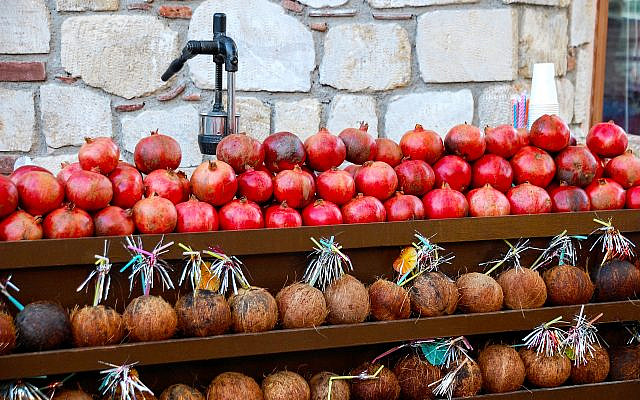 In his song “Blessings,” rapper Big Sean has a popular line: “I’m here for a good time, not a long time.” It’s a sentiment that may resonate with a lot of people — that life should be lived shorter with pleasures and enjoyment, rather than with poor quality for a longer time. One thing Big Sean doesn’t address, though, is why can’t it be both? Why can’t people strive to be here for a good time and a long time, not seeing the two as mutually exclusive?

In Parshat Emor, through the restrictions placed on the kohen (priest), who serves in the Beit HaMikdash (Temple), we can begin to understand that Hashem wants us to be here for a good time and a long time. The parsha begins, “YHVH said to Moshe: Speak to the kohanim, the sons of Aharon, and say to them: None shall defile himself for any [dead] person among his kin,” followed by several exceptions (Vayikra 21:1-4).

Rabbi Avi Weiss wrote a beautiful idea in his Sun Sentinel article, “Emor parsha: Why a Kohen can’t have contact with death.” He explains that this actually is a testimony to the Torah’s perspective on life and death. While some are inclined to glorify death and hail it as the end-all of a religious life, the finish line we await to receive our ultimate reward in a utopian world, the Torah says otherwise. Rabbi Weiss says that the Torah centers around a life with Hashem in this world, and through the kohen, who embodies holiness and purity, we see that channeling Hashem’s presence in our life is found through loving, sanctifying, and enhancing life.

From Rabbi Weiss’ idea, we see that the Jewish People are supposed to live and thrive in this world, to find and follow through on the meaning and purpose imbued within it. Our connection to Hashem and our ability to bring His light of goodness, happiness, and the like into this world is incomparable to anything we can imagine.

Later in the Torah, we are told, “You who are connected to YHVH, your God, are totally alive today” (Devarim 4:4). Rabbi David Aaron explains that living a Hashem-conscious life — one in which we love life, justice, holiness, happiness, peace, and love and seek to bring those values into the world — is how one tastes the richness of life in its totality. It’s a huge paradigm shift to understand that, in the same way we want to live a good life that feels good, Hashem wants the same and infinitely more for us.

The Chizkuni writes on this first pasuk in the parsha, quoted earlier, that the kohanim must resist ritual impurity, such as with death, because they are considered members of Hashem’s “household” on earth. Thinking about Rabbi Weiss and Rav Aaron’s ideas about what Torah tells us about living life, this comment says something absolutely beautiful. As the kohanim are in Hashem’s house, they shouldn’t want to leave by interacting with that which detracts from that bliss, such as death. Of course, we’re with Hashem in death, too, but the essence is about finding His household, and living and bringing His presence into the world.

“My soul years, even aches, to be in Hashem’s courtyards; my heart and my flesh cry out to the living God” (Tehillim 84:3). The kohanim are in Hashem’s home, and this is how the psalmist feels just about entering His courtyard — one can only imagine the feeling in His home. We should all be blessed to live a long life in Hashem’s household, to bring Him into our lives to the fullest extent possible. Then, we will say to Big Sean, we are living a good life and a long life.