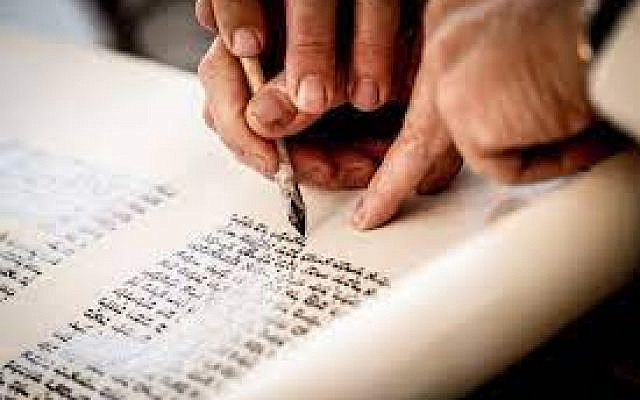 When one reads a text, there is what the text says and what one says the text says. For proponents of Reader Response Theory, the two are not dissimilar; if an idea is found in the text, however loose, then it is part of the text. Formalists—those adhering to readings guided by stricter methods—would be appalled at such a suggestion. There is truth in both approaches: Texts are fluid and fit-to-form while simultaneously codified mosaics. This complexity points to the richness found in literature, in the dance between readers’ eyes and writers’ words. Not all texts, however, are equal—meaning comes in gradations.

In the case of Torah, meaning is baked into the “crowns” upon its letters. Interpretive possibilities border, if not cross, infinity. That prompts Ben Bag Bag to urge, “Turn it over, turn it over, for all is within it” (Pirkei Avot 5:21). Bartenura explains that all can be found within the Torah, a nod to Reader Response Theory. Classic exegetical principles support formalists in their commitment to consistent methodology governed by rules and order.
In Parsha Ha’azinu, we find Moshe speaking to this idea of Torah’s depth: “For these are not empty words for you—they are your life” (Devarim 32:47). In J. Shabbat 4:1, Rabbi Mana reads into the pasuk: “For these are not empty words,” but if they are, in fact, empty, then it is solely “for you” they are empty. Their depth mimics the depth of encounter between oneself and the text, he says. When the latter is shallow, the former follows.

The Torah metamorphosizes, shapeshifts, to meet its readers. Pardes—an acronym for the four levels of exegesis from the naked meaning to the mystical one—captures its forms. Within each plane rests layers of richness, mines of interpretation. One can fill libraries with philosophical works born from Torah and still require endless more. Poets, psychologists, lawmakers, politicians, and of course, literary critics, would find no shortage of material to accomplish the same feat. The depths of Torah are as vast as the ocean floors; no matter how widely explored, there remains boundless spaces demanding attention.

In Aderet Eliyahu, the Vilna Gaon writes, more simply, that no word in the Torah is absent preciousness. Its words, each and every one of them, “are not empty.” Like a chest overflowing with golden jewelry and priceless gems, each word sits in abundance of treasure. Rabbeinu Bahya speaks in a related tone, believing the Torah’s bare message to be that immersing oneself in Torah study is no laborious endeavor, “not empty” of eternal possibility.

Ben Bag Bag’s words have a ringing aftereffect. “Turn it over, turn it over.” That activity sparks curiosities. It may hint to a magical dance, turning one’s partner in majestic twirls and twists; or it is reminiscent of roasting one’s dinner, turning it over the flame to cook through its thickness. “For all is within it.” The dance channels the powers of artistry, the meat the flavors of consumption.

Torah study includes everything. Every sense, every reading, every interpretation is included in its corridors. That is the art of the chiddush, the novelty, that each person brings to the text. One can offer a new insight, a new connection, to its ancient words and timeless ideas. The words may not be empty, but apparently the Torah contains emptiness. If there is no space, from where comes the chiddush? Readers need space to create. The Torah faces us with an open embrace.