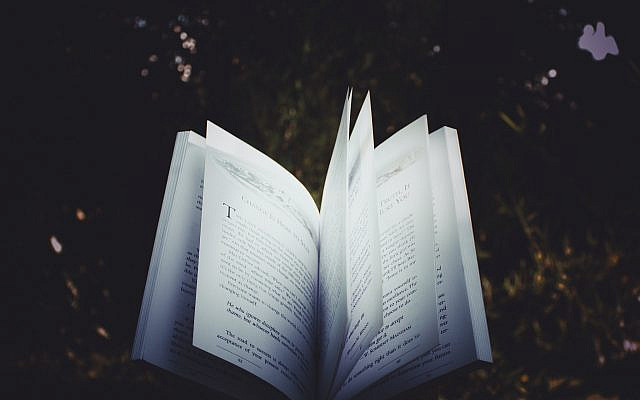 In Kabbalah, our perception of the world is understood to be defined by pirud, separation. Reality is fragmented, composed of disjointed parts that exist alongside one another but completely apart from one another. Joseph and Sally share no inherent connection, perception indicates, in the same way they are distinct entities from the dining room table or kitchen counter. Everything is self-contained and self-composed. The Kabbalistic thought surrounding this addresses a point on objective reality, which is not the purpose of its mention here. For us, this instead highlights the human tendency to live a life in isolation from existence—one in which the individual’s plane of experience, between history and future, is inherently distinct: “I am tied up with, and restricted by, my personal background and story. That is all there is to me.”

“Narratives” are the way we make sense of the different parts of our lives, how we thread together disparate events and view them more holistically. They give life a context and direction, which are integral to the meaning-making process. The description captures the phenomenon of individual narrative. As the name suggests, that operates in a me-centric story, that the totality of one’s existence is bounded up in their own life, which is not necessarily right or wrong. There is, though, a more expansive perspective that moves beyond the circle of oneself. This is collective narrative—the story that includes individuals into a larger picture. Rather than feeding into pirud, this channels achdut, oneness, a sense of greater belonging.

In Parshat Ki Tavo, after describing the process of how one should bring the first fruit offerings, the Torah instructs them to say: “My father was a fugitive Aramean. He went down to Egypt with meager numbers and sojourned there; but there he became a great and very populous nation,” followed by several other lines (Devarim 26:5-10). Sforno clarifies that the first pasuk refers to Yaakov who, for quite some time, was a traveling man unprepared to enter the Land of Israel. There is, then, an immediate linkage between present self and past other. “My father,” the declaration begins. Already, identity is not independent of history.

Rashi, citing Masechet Sotah 32b, comments that the statement must be recited loudly. Unabashed, proud, and brazen are the words coming to mind in describing this pronouncement. It is more than a history lesson, more than filling in relevant details. It is writing oneself into a story. The offerings were not merely for the generation of the desert. Indeed, they were for all the future ones to come, which means that they, too, would speak with the same immediacy of “my father,” despite being further from that connection.

This is all reminiscent of a famous idea embodied on Pesach: Rabban Gamliel says, “In each and every generation, a person must view himself as though he personally left Egypt” (Mishnah Pesachim 10:5). The collective narrative is unraveled onto the road one sees before them like a carpet with no end on either side. If we are to see ourselves in such proximity to the past, then we are to see ourselves through the lens of collective narrative. That our lives, as it were, do not begin and end with our birth and death. The continuum is timeless.

Do we see the world in pirud or achdut? For Kabbalah, the latter reflects truth. It may not be too far to consider narratives in the same light: Are our lives separate or united with something greater? The collective narrative is what beckons us, and it is us who must answer the call.