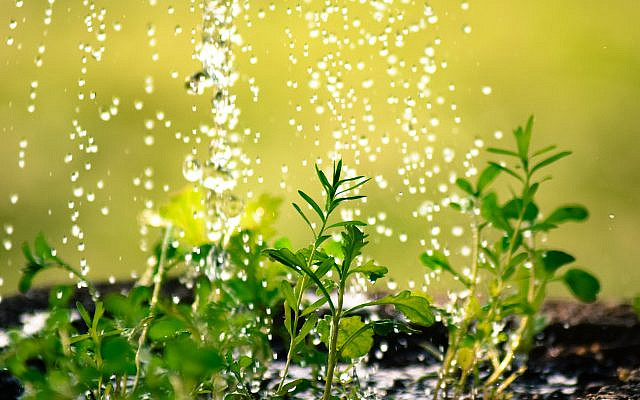 There are some things in life we see as means to and an end: We travel in cars to arrive at destinations; we exercise to stay in shape; we go to work to earn money; and the list goes on. Sometimes, this perspective can seep over into other parts of our lives, making nearly every action, task, or assignment another burden to bring us to our goals. Specifically in the context of mitzvot (commandments), it’s easy to see them solely through that lens: commandments to receive reward, obligations to appease God, and so on. This, however, is a flawed approach.

In Parshat Ki Teitzei, Moshe Rabbeinu describes various types of laws for Bnei Yisrael, and some of them relate to how an employer must treat their employees, specifically regarding payment. The Torah says, “You must pay him his wages on the same day, before the sun sets, for he is poor and gives his life for it, so he will not cry to Hashem against you, and there will be sin against you” (Devarim 24:15). On one level, this speaks to an employer’s obligation to pay a worker that same day, but a deeper reading shows that something much greater is being said.

Rebbe Nachman of Breslov writes in Likutei Moharan that the first part of that pasuk (verse) speaks of one who performs mitzvot. “You must pay him his wages on the same day” means the reward for one’s mitzvah must come from the mitzvah itself, and the note “before the sun sets” is saying that mitzvot are not done for reward in the World to Come (5:2). This is most clearly written in Pirkei Avot, when Ben Azzai says, “The reward for a mitzvah is the mitzvah” (4:2).

What is it, though, that makes a mitzvah a self-rewarding process? The Meor Einayim explains that mitzvot are not simply commandments we must follow from a demanding God. A mitzvah, he says, is a spiritual experience, one in which we “encounter” Hashem in this world, when His presence becomes palpable to us through the action. He says that performing a mitzvah is welcoming the Face of the Divine Presence, as the action itself is, ideally, meant to be overflowing with rich, bright light.

The Meor Einayim further elaborates that all Divine service has two components: a body and a soul. The former is the actual act, and the latter is what gives it deeper substance. Mitzvot without any soul are like humans without their life-force; both are missing their essence. Without a rich, spiritual experience, he says, mitzvot are considered “empty.”

Mitzvot, we now see, are exactly as Rebbe Nachman said: both the means and the ends. When one aligns their actions with their essence as a soul, in effect aligning their actions with the will of Hashem, they channel the Divine Presence in their lives. It’s like a dancer performing the waltz on stage: When they work through the motions of that dance to the best of their abilities, they feel the thrill of dancing at its greatest heights. There is no ulterior motive other than the task at hand because, through it, one experiences something extraordinary.

This, then, also explains why we can feel such a disconnect to and resentment toward mitzvot. The act itself, while important, is not enough to enable us to have our soul shine through, to feel the Divine Presence coursing through us.

The choice to live mitzvot in our lives rewards us with just that: living a life of mitzvot. The challenge, then, becomes bridging the body of mitzvot with its soul that gives it its life.