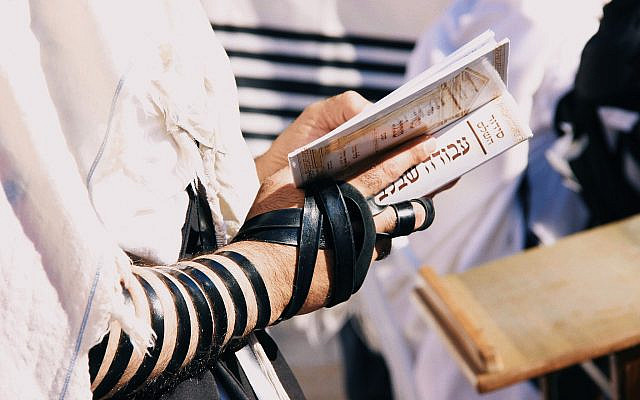 Photo by Francesco Alberti on Unsplash

The sin of the golden calf. Arguably, Bnei Yisrael’s greatest sin. The Gemarah tells us: “Rabbi Yitzchak said: there is no punishment that comes to the world which does not contain in it one twenty-fourth of the retribution for the first calf” (Sanhedrin 102a). The consequences of this sin reverberate through Jewish history. There is a famous machloket between Rashi and Ramban about when the episode of the golden calf actually took place. However, either way, is it really conceivable that such a short time after hearing G-d Himself proclaim “I am the L-rd your G-d … do not have any other gods” (Shemot, 20:2-3) Bnei Yisrael could be dancing around a golden calf and worshipping it as an idol?

When Bnei Yisrael become afraid that Moshe isn’t going to return, they gather around Aharon and say “make for us a god who will go before us because we don’t know what has happened to this man Moshe” (Shemot, 32:1). The word “man” in this pasuk is seemingly superfluous. Yet, according to Ramban, it provides an answer to our question. Rashi comments that the Jewish people were making a god to lead them now that Moshe was gone (Rashi, Shemot, 32:1).  However, Ramban disagrees. He explains that Bnei Yisrael didn’t want to replace Hashem; the golden calf was not an idol or a god. Instead, Bnei Yisrael felt that they needed a replacement for Moshe the “man”, the messenger between them and G-d.

Of course a nation who had heard Hashem Himself command them “do not have any other gods” wouldn’t make an idol. But that very same nation was the nation that heard Hashem talk to them directly, who – according to the Gemarah – retreated away from Har Sinai in fear and died from the immense and terrifying experience of hearing G-d speak (Shabbat 88b). Because of this, they were afraid that they could not communicate or develop a relationship with Hashem themselves. They felt they needed a Moshe to be the go-between. And so when Moshe didn’t return, they made a new messenger – in the shape of a golden calf. As Rav Soloveitchik explains in Vision and Leadership: “they felt that they themselves did not have access to the Almighty.”

However, Rav Soloveitchik continues, explaining that the Jewish people “did not understand that, whilst Moses was the greatest of all prophets and the greatest of all men, every Jew has access to God”. That was one of the mistakes of Bnei Yisrael in making a golden calf. They did not believe that they could each have a direct relationship with Hashem. However, they fundamentally misunderstood the nature of the relationship between themselves, Hashem and Moshe. Moshe was their leader, but each individual had the ability to approach and relate to Hashem themselves. Every single member of the Jewish nation has equal access to G-d.

This week’s parsha begins with two episodes that reflect this same message. The first is the requirement for every male between the ages of twenty and sixty to donate half a shekel (Shemot, 31:13). Half a shekel is not very much. Whilst it represents the idea of not being complete and having to continuously work on ourselves to become better, it simultaneously contains the message that every single individual counts. Secondly, there is the commandment to make a kiyor for the Mishkan (Shemot, 31:18). The kiyor was made from mirrors the women used to beautify themselves in Egypt (Midrash Tanchuma, Pekudei, 9:4). The mirrors represented, at least to Moshe, superficiality and lechery. However, these objects associated with vanity and pride, seen as lowly and unimportant, were used in the Mishkan and were treasured by Hashem (Rashi, Shemot, 38:8).

The Torah tells us that “there never again rose in Israel a prophet like Moshe” (Devarim, 34:10). Moshe was special, his level of prophecy was unique, he could talk to Hashem face-to-face. However, the Rambam also tells us clearly that it is possible for every person “to be a tzaddik like Moshe” (Hilchot Teshuva, 5:2). Whilst we can’t all receive prophecy like Moshe could, every single individual has the ability to be a tzaddik like Moshe, to have a personal connection and direct relationship with Hashem, without the need for an intermediary. As Rabbi Sacks writes in Radical Then, Radical Now: “Every Jew is an equal citizen of the republic of faith because every Jew has access to its constitutional document, the Torah”. We all have – or should have – equal access to the Torah, equal access to Hashem. We are all equally able to cultivate and maintain a direct relationship with G-d Himself. And when we underestimate this ability, which we all have, the consequences can reverberate for generations.