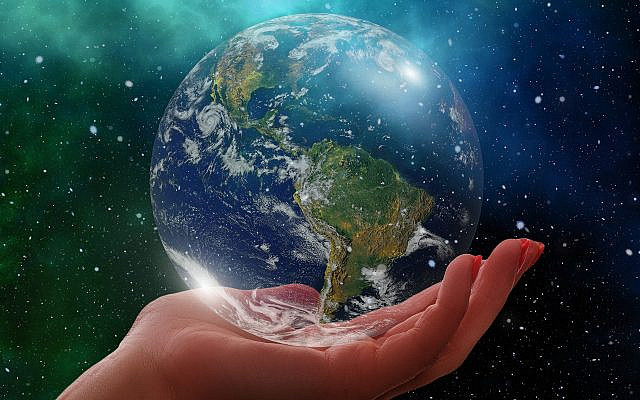 “If I am not for myself, who is for me?” (Pirkei Avot 1:14). This famous saying from Pirkei Avot speaks to the imperative we each have to live our lives to their fullest potential, for if we cannot bring ourselves to do so, who can? We can relate this idea to our professional, social, and personal endeavors, but in a much deeper way, it also speaks to our bond with Hashem. If we will not forge our own relationships with Hashem, then who will? This can be a catastrophic error, one seen in Parshat Ki Tisa.

The parsha relays how Moshe went up to Har Sinai to receive the Torah, and when he does not return at the time Bnei Yisrael mistakenly expected him to, they fall into panic. “When the people saw that Moses was so long in coming down from the mountain, the people gathered against Aaron and said to him, ‘Come, make us a god who shall go before us, for that man Moses, who brought us from the land of Egypt—we do not know what has happened to him’” (Shemos 32:1). This led to the Chet HaEgel (Sin of the Golden Calf), when Bnei Yisrael constructed a golden structure of a cow to worship.

While there are many psychological points to observe from this scene, one poignant one is their perception of what Moshe’s absence meant. Moshe, in Bnei Yisrael’s eyes, was someone of godly status, and without him, they were nothing.

Rebbe Nachman writes in Likutei Moharan that Bnei Yisrael led themselves to self-destruction when they viewed Moshe as a necessity in their relationship with Hashem. Moshe was the messenger between Bnei Yisrael and Hashem, and when the messenger was gone, they found another: the golden cow. Rebbe Nachman explains that this represents the serious mistake that some presume that, without an intermediary, Hashem cannot be present (62:6:2-3).

Ultimately, it stems from a false self-perception, one in which Hashem is inaccessible and we are not connected to Him in an unconditional, timeless bond. We are, in fact, facets of Him, rays of His Divine Light that, at every moment, feel His presence pulsating through our very existence. However, Bnei Yisrael felt trapped by their dependency on Moshe Rabbeinu, for without his guidance and support, they thought, Hashem remained far away, disconnected and out of touch.

Rashi comments on the aforementioned pasuk that the language shows that Bnei Yisrael was not looking for one intermediary — or one god, as Rashi writes — rather they were looking for many. The state of their self-worth, on an individual level but also on a national level, was so low that without Moshe, they were nothing. Their dependency was so strong that they forgot that each and every one of them was with Hashem at any given moment; He never left them, rather they left Him.

Sometimes, we all find people who inspire us and build great pedestals for us to stand on. They should be celebrated and appreciated, but when they leave, what do we feel? Especially in terms of our relationship with Hashem, we need to find the independence and confidence to recognize our endless worth as souls connected to the Endless One. It all comes back to the question in Pirkei Avot: If we are not for ourselves, if we cannot give ourselves love, compassion, and Hashem’s presence, then who will? The Chet HaEgel is one we constantly face, the struggle to recognize our own self-worth and actualize that potential in our own lives.