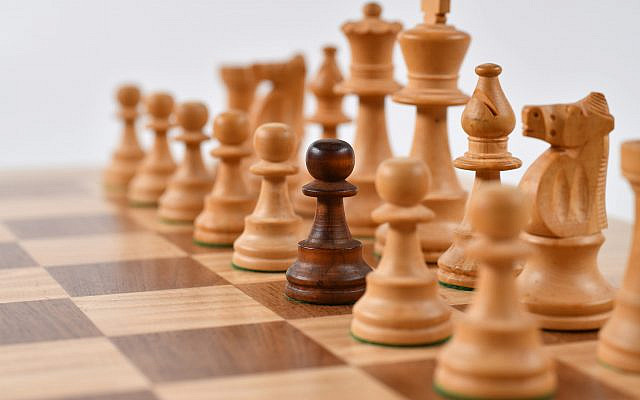 Photo by Randy Fath on Unsplash

Maybe someone should have told the wife of On ben Pelet that the plague which struck the Jewish people in this week’s parsha (Bamidbar, 17:11) was caused by her uncovering her hair – which she did in order to save her husband (Sanhedrin 109b).

This week’s parsha begins by associating three people specifically with Korach and his rebellion against Moshe: “Datan and Aviram, the sons of Eliav and On ben Pelet, descendants of Reuven” (Bamidbar, 16:1). Yet when Korach, Datan and Aviram are punished, On ben Pelet is absent from the pesukim (Bamidbar, 16:27). The Gemarah (Sanhedrin 109b) explains this. On’s wife was not happy when he joined the rebellion. She pointed out to her husband that, even if Korach was successful, he would retain the same position he had under Moshe’s leadership. On recognised the truth of his wife’s argument, but he had already sworn an oath to join Korach. His wife told him not to worry. He ate supper, drank some wine and fell asleep and his wife sat outside her tent and uncovered her hair. The men who come to collect On would not walk past a married woman who wasn’t covering her hair (see Ketubot, 72a). So they left him sleeping. He did not join the rebellion – and so he was not punished.

How did On’s wife know that the men who had no trouble rebelling against Moshe would be careful not to approach a married woman without a hair covering? Because “she said: I know that all this congregation is holy, as it says ‘all the congregation is holy’ (Bamidbar, 16:3)” (Sanhedrin, 109b). Rashi explains this to mean that she knew the people were modest and that the men wouldn’t approach her if she uncovered her hair. Interestingly, this principle of “all the congregation is holy” is the exact argument Korach makes to Moshe. “They gathered against Moshe and Aharon and they said to them: You have gone too far! All the congregation is holy and G-d is amongst them. Why do you raise yourselves above the congregation of G-d?” (Bamidbar, 16:3). Why do we need Moshe and Aharon, Korach asked, if everyone is holy? Korach was punished for his claim, but Mrs On ben Pelet is praised for actions predicated on this very notion. Why? Further, was Korach not correct? Is it not true that every single person is important and holy?

The Midrash records two halachic questions Korach approached Moshe with. First, he asked whether a tallit that is made completely from techeilet still requires a special techeilet string for tzitzit. Moshe replied that it did. Then he asked whether a house that is filled with sefarim still requires a mezuzah. Moshe replied that it did (Tanchuma, Korach, 2). The Gur Aryeh (Bamidbar, 16:1) explains that these examples reflect the roles of Moshe and Aharon within the congregation. As the Kohen Gadol, Aharon represented action, in the form of the avodah in the Mishkan. Tzitzit are supposed to serve as a reminder to act as G-d has commanded (Bamidbar, 15:39). Why do we need Aharon doing the avodah if all the congregation is doing mitzvot? Moshe received the Luchot and gave them to Bnei Yisrael. But, Korach argued, if the people have learnt the laws and also experienced revelation at Har Sinai, if the people are a house filled with sefarim – why do we need Moshe? Why do we need an extra mezuzah?

Mrs On ben Pelet recognised this. To her is attributed the pasuk “the wisest of women builds her house” (Mishlei, 14:1). The Hebrew root for “wisdom” is related to the root meaning “judgement” (Gesenius’ Hebrew-Chaldee Lexicon to the Old Testament). Mrs On ben Pelet was capable of judging wisely. She knew that all the people were holy; her plan to save her husband’s life depended on this being the case. But she also knew that did not mean they did not need a leader. She understood that everyone has a role to play, that some people are Moshe and Aharon and that some people are On ben Pelet. Everyone has a unique place within the nation and a different role to play. The aim is not to usurp Moshe and become him, as Korach wanted to do. The aim is to remain who you are, Mrs On ben Pelet pointed out to her husband, and achieve what you are supposed to.

So when Mrs On ben Pelet sat outside her tent and uncovered her hair, she did so to show the importance of national unity under one leader. And she did so to teach us that we are all holy and have a unique role to play within the nation. It is with an understanding of both of these that we, like her, can positively influence those around us.

Contrary to causing a plague, she saved a life.