Korach and his followers represent ego’s interference when we, the children of Israel, pursue the higher consciousness (represented by both Aaron and Moses) which is in constant connection with God’s love.

Our sages say that Korach stole one of the three Pharaoh’s treasures hidden by Joseph. As we said, quoting mystic Chassidic mysticism, Pharaoh represents ego’s goal to convince our consciousness that “the river is mine, I made it” (Ezekiel 29:3, 9). Ego usually wins when it makes us believe that we are separated from the oneness God is. Separation is ego’s fundamental reason to exist, and it argues against rules different form its own agenda.

“The entire community is holy and God is among them, why do you raise yourselves above the congregation of God?” (Numbers 16:3)

This is like hands and feet complaining against the head because it has control of the body, saying, “If the whole body is holy, why the head has to be in control? Each part of the body can also be in control.”

In the clarity of our intellect’s aim to higher consciousness, and not in the darkness of selfishness, ego’s agenda must be confronted.

“Come in the morning, and God will show who is His, and who is holy… and whom He has chosen will He cause to come near to Him.” (16:5)

We have said many times that love does not cohabit with anything different than its ways and attributes, and this means that all levels of consciousness (the lowest and the highest) must follow God’s ways and attributes in order for us to be always close to Him. In this process, our material nature is properly elevated to love’s sublime heights, and the negative dimensions return to material illusions where they belong.

The illusions and fantasies of ego’s desires end up devouring our consciousness and everything truthful in which we believe.

“The earth beneath them opened its mouth and swallowed them and their houses, and all the men who were with Korach and all the property. They, and all they possessed, descended alive into the grave; the earth covered them up, and they were lost to the assembly.” (16:32-33) 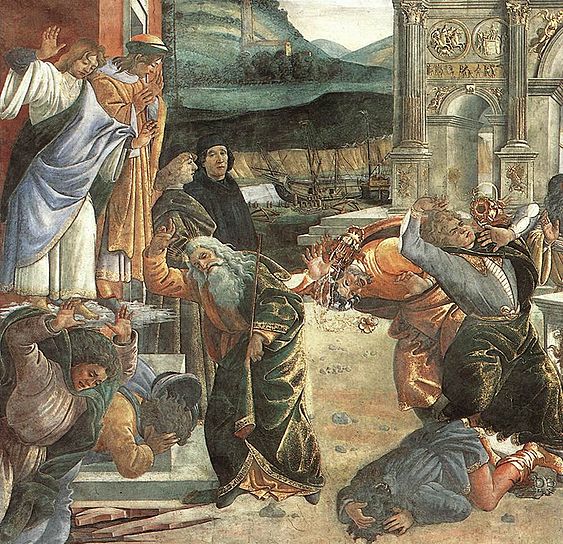 The text does not mention that they died, and it clearly implies that they descended alive into the grave. The density of matter represented by the earth swallowed them, and this density as the symbol of the inability to free ourselves from negative traits and trends. The consequence was their separation from the unity of the people of Israel with God.

The portion continues reminding us that our higher consciousness has to be in charge of our permanent connection with God.

“(…) as a reminder for the children of Israel, so that no outsider, who is not of the seed of Aaron, shall approach to burn incense before the Lord, so as not to be like Korach and his company.” (17:5)

These outsiders are ego’s illusions that pretend to break our oneness with love as the material manifestation of God’s love. Later the text tells us about a miracle to illustrate the preeminence of the high priest in our consciousness, and the transforming, reviving power of God’s love. 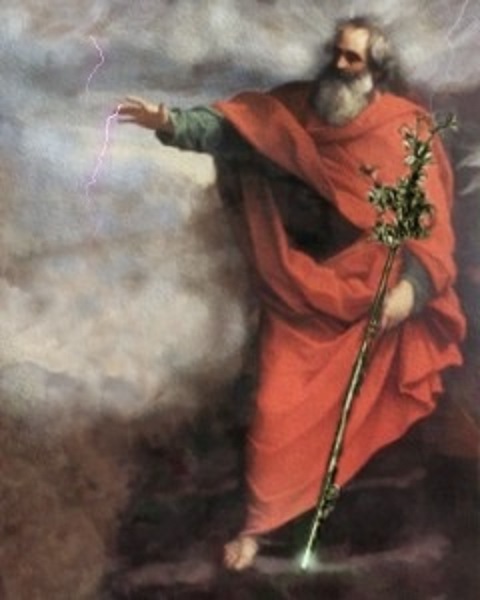 In Hebrew, ness (miracle) also means “elevation” which is the purpose of miracles because they elevate our consciousness. In our Jewish daily prayers we thank our Creator in regards to this.

“(…) for Your miracles that are daily with us, and for Your wonders and Your loving kindness that are with us at all times, evening, morning and noon. (…)”

The preeminence of the high priest is reaffirmed again.

“And God spoke to Aaron, ‘Behold, I have granted to you the gifts raised to Me, all the hallowed things of the children of Israel.”, “Out of all that is given to you, you shall set aside all that is due as a gift to God; of the choicest thereof, the hallowed part of it.” (18:8, 29)

It is clear that in our relationship with the Creator we have to be and do with the best of our talents and abilities. If God’s love created us in His image and likeness, the only way to conceive Him and to truly know Him is being and doing His ways and attributes which are also our “hallowed things”, “the choicest thereof”, the most sacred expressions of all levels of our consciousness and nothing less.

Maimonides reminds us this.

“Everything that is for the sake of God should be of the best and most beautiful. When one builds a house of prayer, it should be more beautiful than his own dwelling. When one feeds the hungry, he should feed him of the best and sweetest of his table. When one clothes the naked, he should clothe him with the finest of his clothes. Whenever one designates something for a holy purpose, he should sanctify the finest of his possessions; as it is written, ‘All the fat is to God’ (Leviticus 3:16).” (Mishneh Torah, Laws of Forbidden Things to Bring on the Altar 7:11)